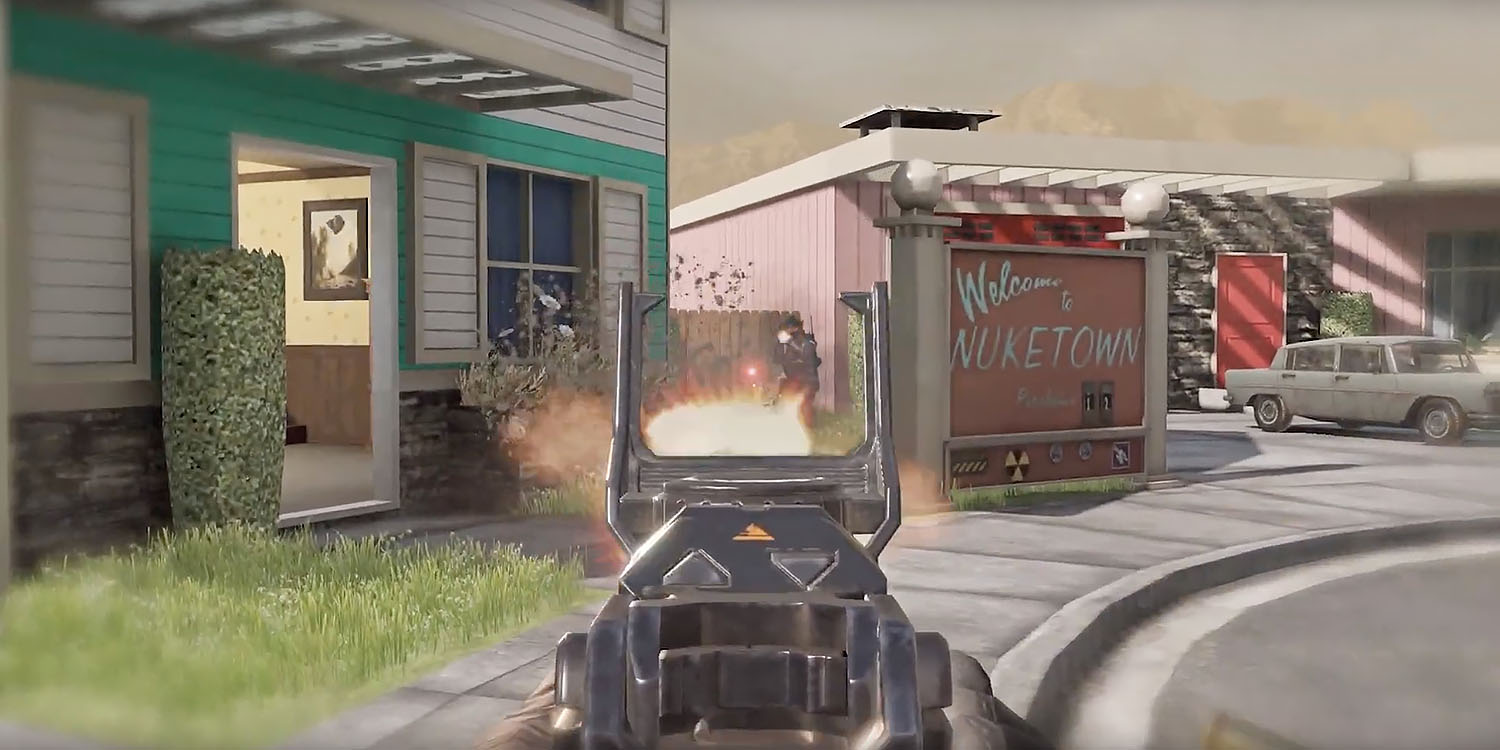 Call of Duty Mobile is now available on iPhone, iPad, and Android devices, as promised last month. Unlike the earlier companion app, this is a full game experience.

Developed by Tencent Games’ award-winning TiMi Studios and published by Activision, Call of Duty: Mobile delivers the definitive free-to-play, first-person action experience on mobile. For the first time, players will play many of the most beloved maps, competitive modes, iconic characters and signature weapons from across the franchise, including the Modern Warfare and Black Ops universes, in one epic experience …

It’s been a while coming. We first heard it was on the way back in March, and the beta was launched in May.

Activision describes it as free to play, though there are in-app purchases ranging from $0.99 to $99.99, so it remains to be seen how much of the game you can effectively play without buying COD Points.

“Call of Duty: Mobile represents a landmark moment for us to bring one of the most successful entertainment franchises in history to the world’s largest platform,” said Bobby Kotick, CEO of Activision Blizzard. “This is a triple-A, free to play experience that we’re delivering to a whole new audience of fans.”

“Today’s release is a celebration for our community around the world. We’re excited to share the Call of Duty experience with fans like never before,” stated Rob Kostich, president of Activision. “I congratulate the development team at TiMi Studios and our teams here who worked together to bring this great game to life. The community has a lot to look forward to as Call of Duty: Mobile grows and continues. This is just the beginning. There’s much more to come” […]

“Our aim from the beginning has been to set a new standard for mobile multiplayer action games by combining Call of Duty’s signature gameplay, content and presentation quality with best-in-class development and live service expertise. Our collaboration with TiMi Studios has delivered a remarkable experience that introduces fresh new ways to engage for fans of the genre and features hallmarks for Call of Duty fans old and new’ said Chris Plummer, VP, Mobile at Activision. “Throughout focused and regional tests, the fan response has been overwhelmingly enthusiastic. Many fine touches and polish items came directly from player feedback. Today we’re starting with a robust suite of multiplayer modes, our original Battle Royale experience and a host of special events , but there’s a ton of more content on the way. Launch is only just the start.”

That additional content will include new game modes, customization gear, and more. The firm says that the more people who play the game, the more free rewards will be unlocked.

You can check out the trailer below. Call of Duty Mobile is a free download from the App Store with in-app purchases.

Apple Arcade has upped the ante for games developers, giving subscribers access to a lot of games for one monthly fee, but this one is likely to prove popular.