Home General Canalys: Apple was the only company to register smartphone sales growth in...
12571
SHARES
ShareTweet 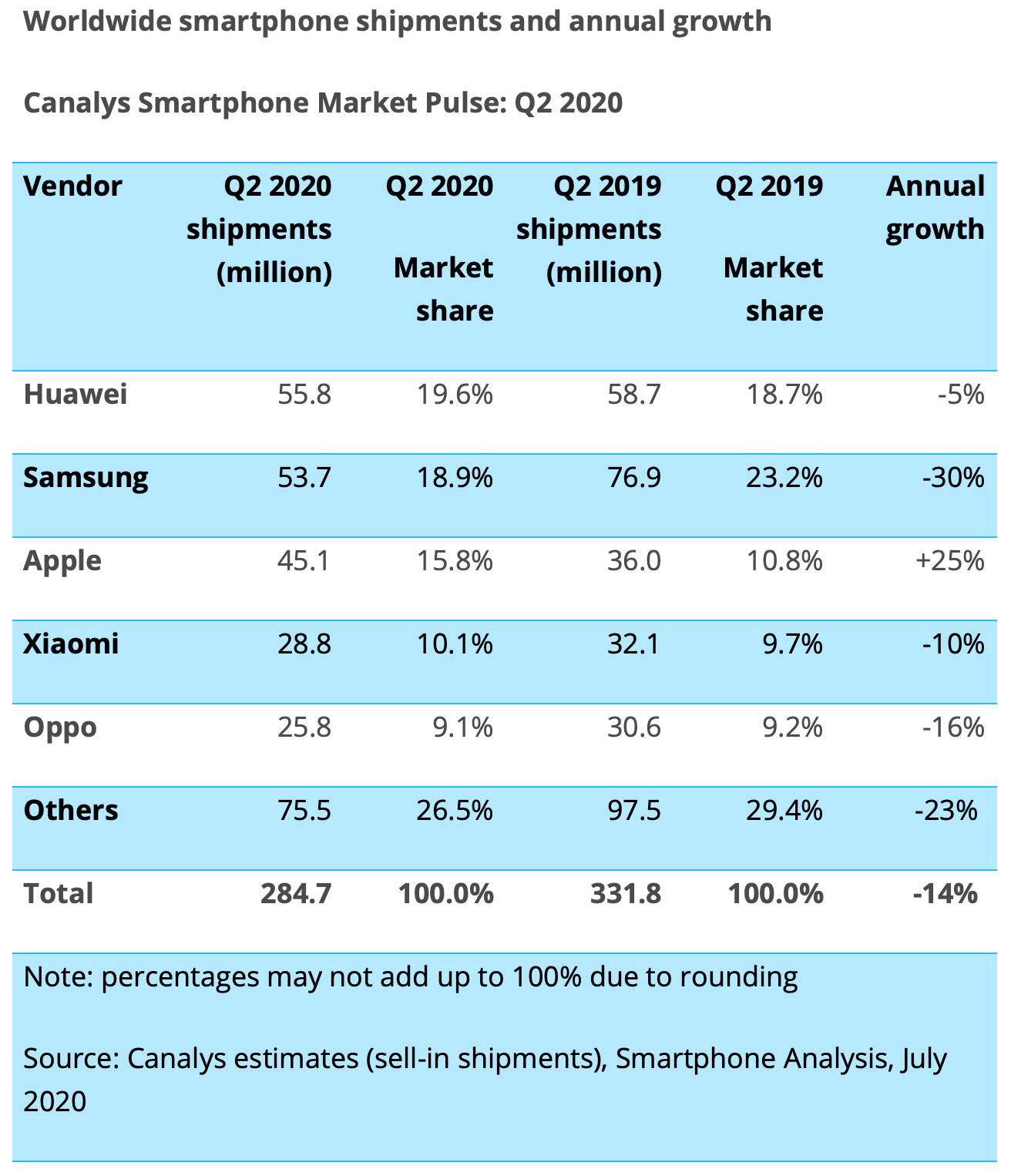 The global smartphone market declined 14% in the second quarter of 2020, with most companies shipping fewer phone units compared to last year. Apple was the only top vendor to grow this quarter according to a new Canalys research. The report mentions that Apple shipped 45.1 million iPhone units globally in the last quarter, representing a 25% year-over-year growth.

Huawei surpassed Samsung with 55.8 million units shipped, now leading the ranking of global smartphone vendors. Samsung comes in second place with 53.7 million units and Apple in third place with 45.1 million units. While shipments from Huawei and Samsung were down 5% and 30% respectively, Apple increased 25% thanks to the new iPhone SE.

Canalys’ research points out that it’s unusual for Apple to have significant growth in shipments over the second quarter as the company typically doesn’t introduce new smartphones during that period. While iPhone 11 performed well, Apple only achieved these results with the strong sales of the second generation iPhone SE.

Apple defied expectations in Q2. Its new iPhone SE was critical in the quarter, accounting for around 28% of its global volume, while iPhone 11 remained a strong best-seller at nearly 40%. iPhone SE will remain crucial to prop up volume this year, amid delays to Apple’s next flagship release.

Apple has today announced revenue of $59.7 billion and profit of $11.25 billion during the third fiscal quarter of 2020, with $26.42 billion in revenue from iPhone. However, the company also confirmed that iPhone 12 will be launched a few weeks later than usual due to supply constraints, which may affect iPhone sales for the next fiscal quarter.