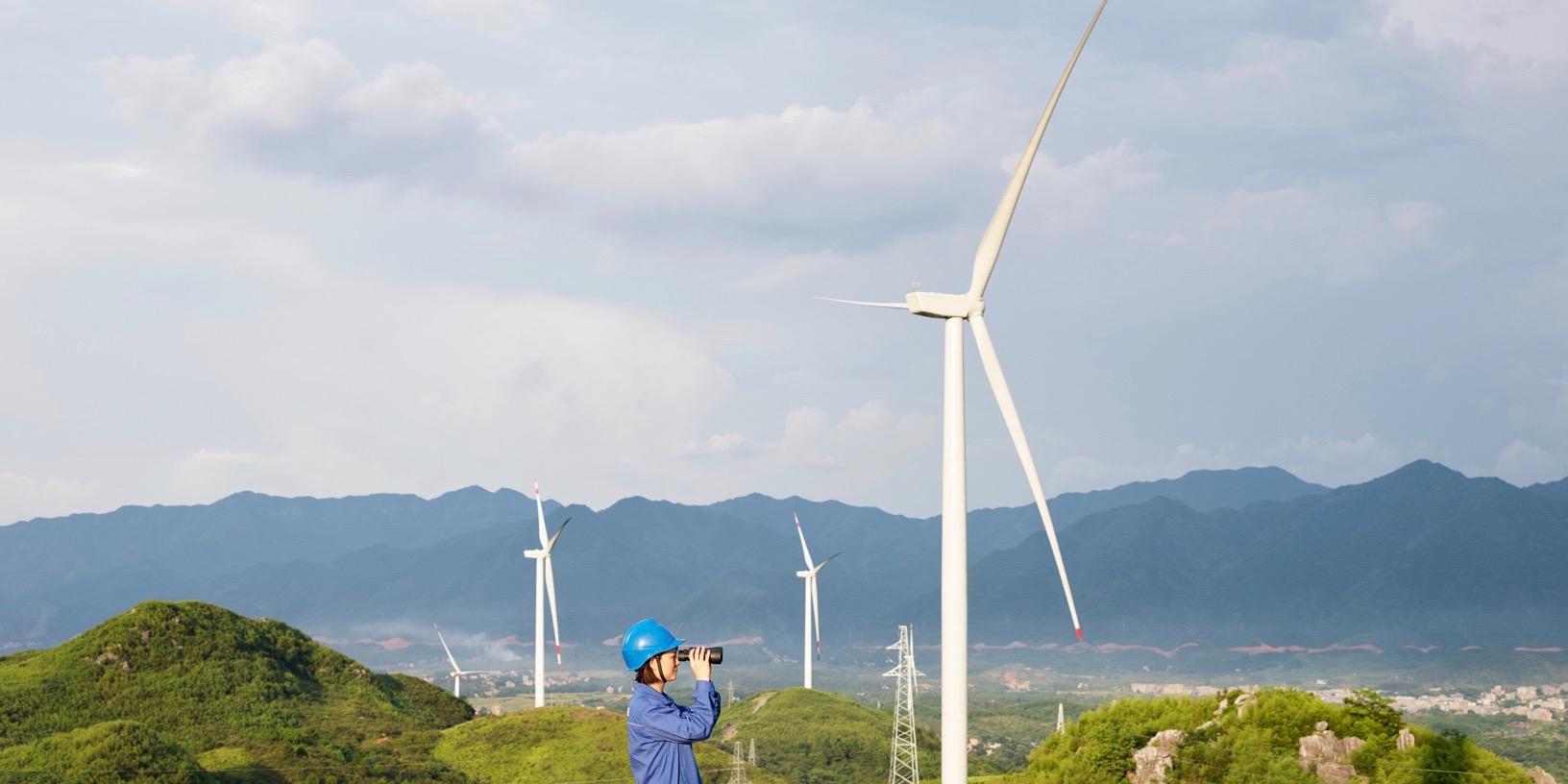 The $300M China Clean Energy Fund – an environmental partnership between Apple and ten of its Chinese suppliers – has invested in three wind farms. The initiative is designed to help suppliers power their Apple production from 100% renewable energy.

To put that number into perspective, one gigawatt is enough to power almost a million homes.

Rising from the hills of Dao County in Hunan Province, China, beyond the city of Yongzhou, a dramatic sight appears on the horizon. Here, the massive blades of wind turbines from the Concord Jing Tang and Concord Shen Zhang Tang wind farms turn rhythmically in the sky. Developed by the Concord New Energy Group Limited, each farm generates 48 megawatts (MW) of clean energy. Along with a 38 MW farm in bordering Hubei province developed by Fenghua Energy Investment Group Co., Ltd., these three clean energy projects are the first investments of the China Clean Energy Fund.

The company is, though, rightly proud of this first milestone.

“To see these projects completed and already supplying clean energy to the grid is really exciting,” said Lisa Jackson, Apple’s vice president of Environment, Policy and Social Initiatives. “We are proud that suppliers participating in the fund share our commitment to supporting innovative energy solutions, cutting emissions and fighting climate change.”

Apple says that there are also financial benefits for its suppliers, and for the provinces in which the wind farms are situated.

Transitioning to clean energy can be a challenging process, especially for small companies. By virtue of its size and scale, the China Clean Energy Fund will give its participants greater purchasing power and more attractive and diverse solutions […]

The wind farms in Hunan and Hubei also impact their local economies and governments helping each province reach mandated renewable energy goals. In Dao County, which is classified a state poverty county, the revenues from the construction and running of Concord Jing Tang and Concord Shen Zhang Tang farms also provide important sources of income.

One of the suppliers says that this wouldn’t have been possible without Apple’s support.

“The China Clean Energy Fund has enabled us to invest in a great many renewable projects at a much higher capacity. This just wouldn’t be possible on our own,” said Hao Peng, chairman and president of Sunway Communication, an Apple supplier and investor in the fund. “We appreciate Apple’s efforts, and we’re looking forward to investing in clean energy projects across China.”

Apple’s long-term goal is for all its suppliers globally to use 100% clean energy and says that 44 partners in 16 countries have so far committed to this.

Apple already powers all of its own operations from 100% renewable energy and is the largest US user of solar power.