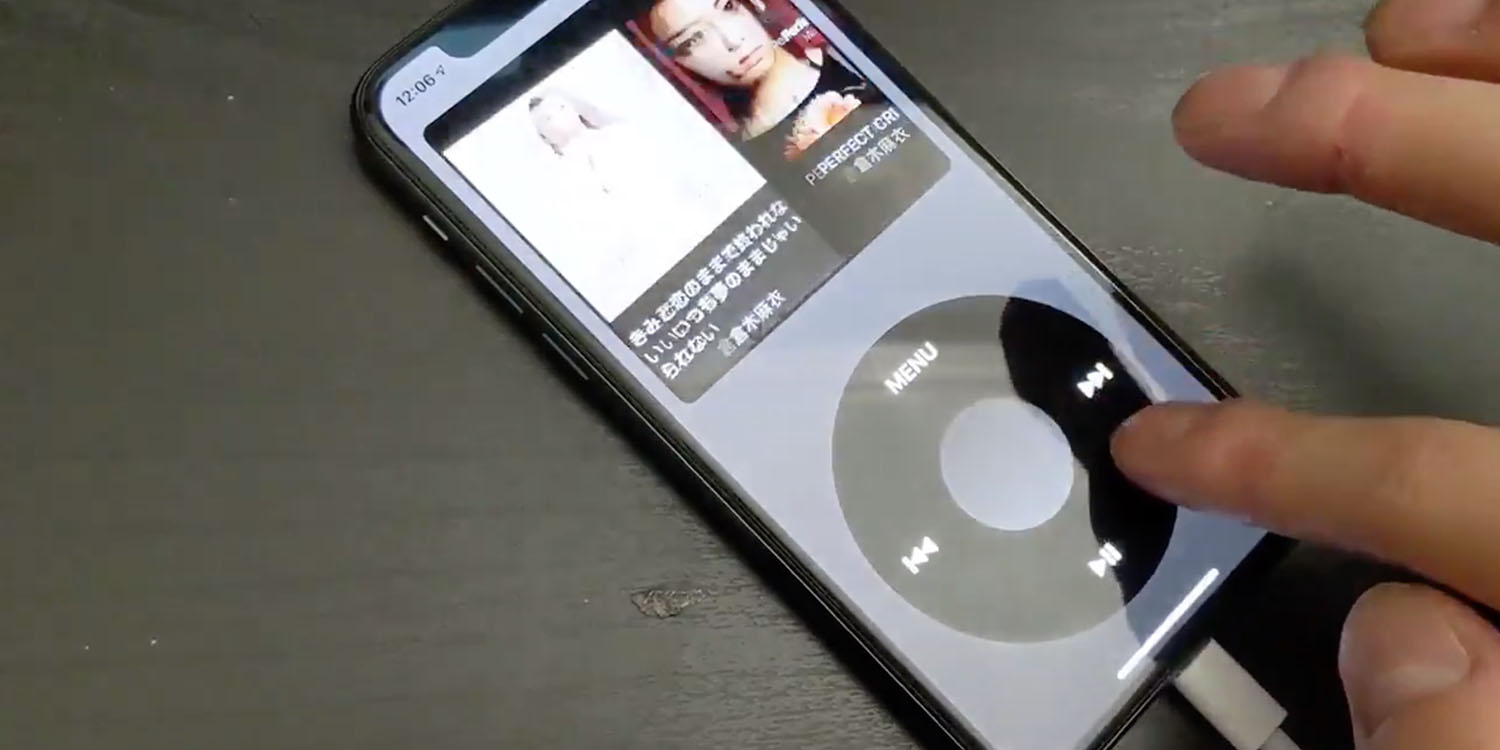 A designer/developer has created an iPhone app that recreates the UI of a click wheel iPod Classic, right down to haptic feedback and click sounds …


Elvin Hu blended it with a Cover Flow album view above the click wheel.

He tweeted a short video of the app (below), which is still a work in progress, and told The Verge what inspired the project.

Elvin Hu, a design student at Cooper Union college in New York City, has been working on the project since October […]

Hu built the app because he was working on a paper about the development of the iPod at school. “I’ve always been a fan of Apple products since I was a kid,” revealed Hu in an email to The Verge. “Before my family could afford one, I would draw the UI layout of iPhone on lids of Ferrero Rocher boxes. Their products (among other products, such as Windows Vista and Zune HD) have greatly influenced my decision of pursuing design as a career.”

I must say that the combination of click wheel iPod Classic UI and Cover Flow works well.

Hu says he hopes to complete the project by the end of the year, but is uncertain whether Apple will approve the finished app.

“Whether I can release it or not does depend on whether Apple approve it,” admitted Hu. “I believe they have legitimate reasons not to (patents and other reasons).”

If Apple does block the release, which is likely, then Hu may “release it as an open source project after seeing the response from the community.”

He may be helped by the fact that ‘Father of the iPod’ Tony Fadell likes it. Hu tagged Fadell in his tweet, and the former Apple engineer replied, calling it a ‘nice throwback.’

Turned my iPhone into an iPod Classic with Click Wheel and Cover Flow with #SwiftUI pic.twitter.com/zVk5YJj0rh