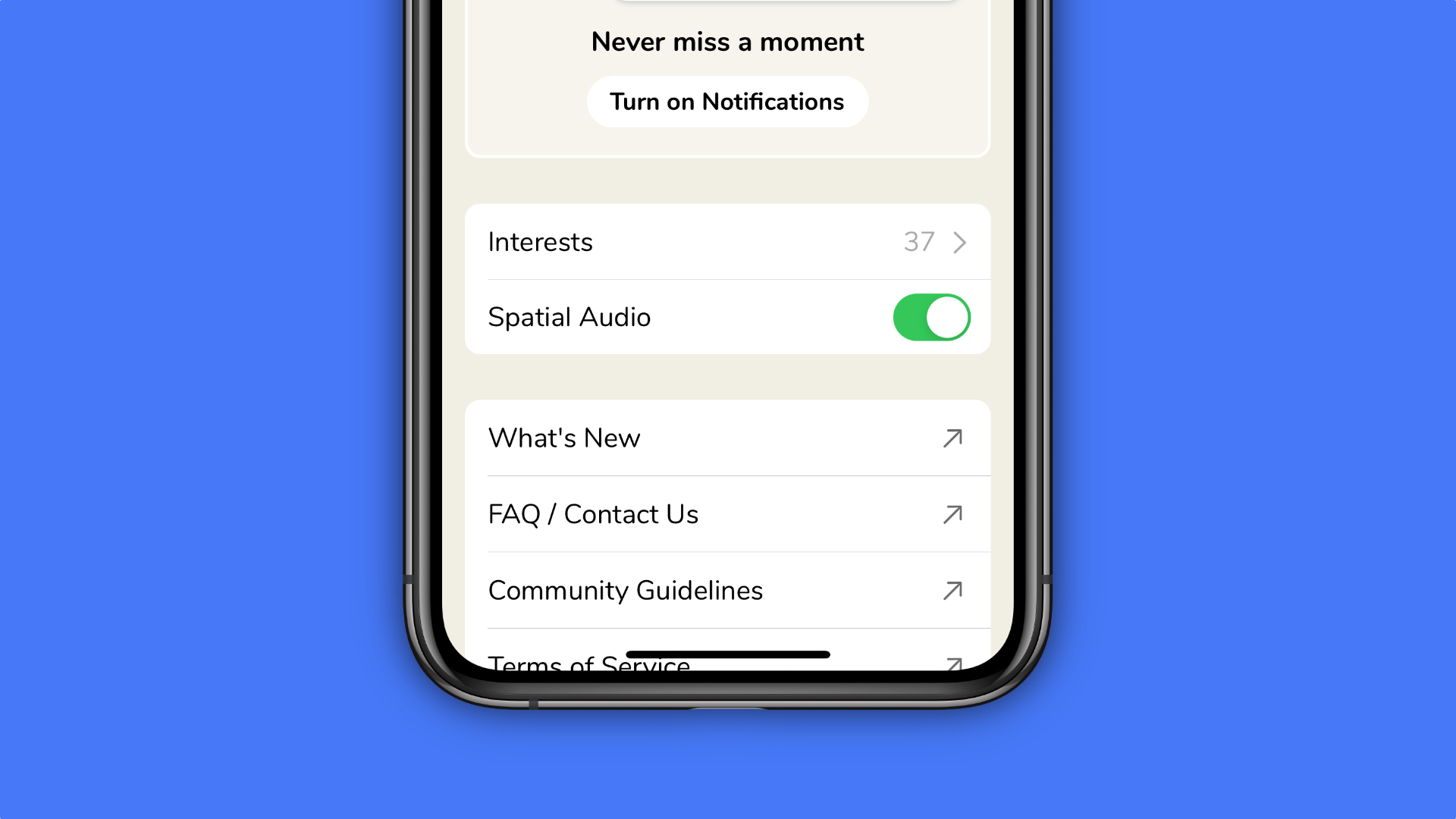 Spatial Audio fever is here. Clubhouse for iOS announced that it now supports this immersive surround sound feature in its iOS app.

“It’s like surround sound, but with your own headphones. A more vibrant, human experience! Plus makes it much easier to tell who’s talking,” announced Clubhouse in a tweet.

If you’re an iOS user of the app, make sure you’re running the latest version of Clubhouse, open the app, go to Settings, then check to see if there’s a “Spatial Audio” toggle on.

According to a FAQ from the app:

With spatial audio, you’ll hear the speakers in a room around you in 3D, which makes the experience more lifelike and human. These spatial cues also make it easier for your brain to track who is talking, making listening more enjoyable.

Also, since Apple itself launched Dolby Atmos with Spatial Audio support to Apple Music, it seems like every major company is following the same path with this more immersive audio experience.

Clubhouse warns that “you’ll need headphones (either wired or Bluetooth)” to enjoy this feature. “If you are speaking in a room, others will still hear you with spatial audio even if you aren’t using headphones.”

But while it was once viewed as the next big thing, reaching over 8 million downloads in the iOS App Store in February, its popularity has waned in recent months. In April, downloads of the app reportedly fell to 900,000 as competition increased from the likes of Twitter and Spotify.