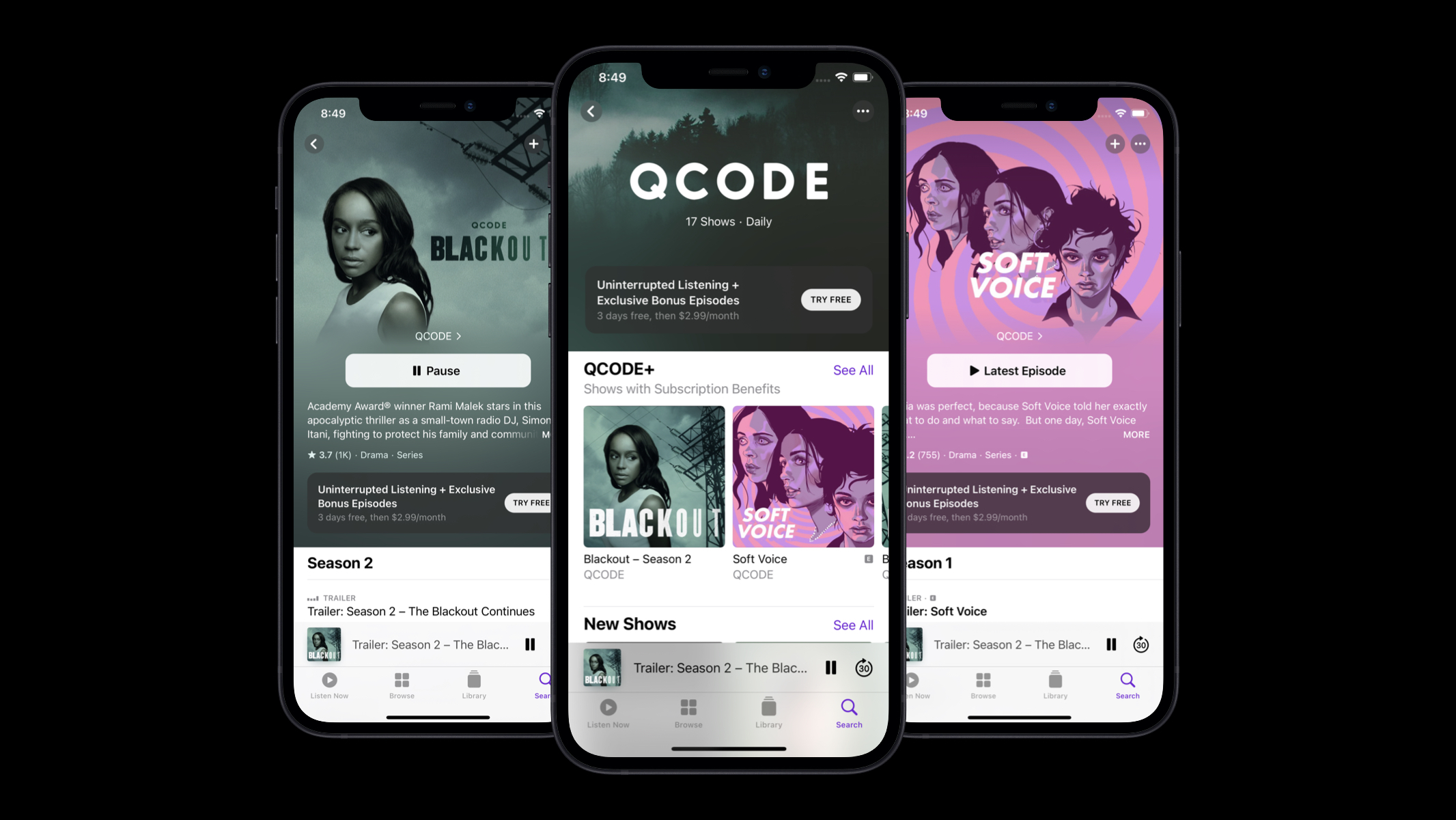 Apple has long been the dominant player in the podcast market. However, while Apple Podcasts has evolved quite a bit since the “tape player” 1.0 version, it’s not perfect. Today, I want to look at the good, the bad, and the ugly of Apple Podcasts with a particular focus on how the app still struggles to sync across multiple devices.

I’ve been listening to podcasts since 2004, so I consider myself somewhat of a veteran of the industry. I’ve used every major podcast app on the market. I remember sideloading MP3 files into iTunes using iPodderX. I remember when Apple wouldn’t approve third-party podcast apps because they “duplicated functionality”. As a result, I am pretty opinionated on how podcasts app should work and firmly believe that it’s not a podcast unless you can subscribe in the app of your choice (don’t try to convince me otherwise).

Apple Podcasts is a good app, but it’s not great. It makes it easy to find new shows, follow them, and find the most recent episodes. It works great for shows where you need to listen in a particular order. In addition, it makes it easy to share a show over iMessage to friends. With iOS 15, it’s even easy to see what shows have been shared with you. I really like the interface as it follows the same overall style as Apple Music. It’s tightly integrated into the OS, so it’s easy to use.

I love the end-user experience of paying for premium content for specific shows. I subscribe to several premium podcasts directly with the creator, but the process of subscribing isn’t as seamless as it is when you do it now in Apple Podcasts. I know Apple’s payments aren’t as easy on creators as Patreon or Memberful, but it’s easy for the user.

Overall, the app provides a great interface for sharing and finding new shows.

Apple Podcasts isn’t for power users, and that’s okay. Apps like Overcast, Castro, and Pocket Cast can fill out the features that power users want. Apple does need to keep striving towards making it a great experience, though.

As I’ve added more shows to my following list, the app has gotten slower and slower. I’ve noticed this on iOS 14 and iOS 15. Apple Podcasts feels much heavier than Overcast in day-to-day usage. When you mark an episode as played, it can often take 4-5 seconds to actually reflect that status in the interface. With Overcast and Castro, marking as played is automatic and the UI immediately updates. I am not sure if this problem is a symptom of how many shows I subscribe to, but it makes the app almost unusable/

The syncing of followed shows on Apple Podcasts seems to work well. What doesn’t seem to sync well is the Listen Now and Latest Episodes section of the app. I primarily listen to podcasts on my iPhone but occasionally like to listen to my Mac or iPad. Whenever I launch the apps, it’s a hot mess as it tries to sync everything and never ends up getting the Listen Now and Latest Episodes in sync with what’s on my iPhone. Then, if I do finally get them in sync manually, the iPhone somehow gets out of sync.

The image above shows what happened when I turned on syncing on Apple Podcasts on my Mac. It completely screwed up my library on my iPhone and brought back episodes previously marked as played into Up Next despite the fact they’ve already been marked as played.

Technically, I am sure this is not easy to implement at Apple’s scale. On the other hand, Overcast and Pocket Casts have figured out how to keep everything in sync across all of your devices so why can’t Apple?

In 2021, seamless syncing to other devices is table stakes for a podcast app, and Apple has yet to figure out how to keep the apps in sync. Do you know how slow iMessage feels on your Mac if it’s been closed for a week while you’re on vacation and it’s trying to catch up on processing messages? Apple Podcasts syncing behaves that way daily.

Apple focuses on the content side of podcasts, but I want them to spend equally as much effort on making the app faster and figure out what is keeping the apps from staying exactly in sync while adding new features. I want to love Apple Podcasts, but I’ve found that the only way I can use the app is to only use it on my iPhone. Otherwise, it’s hot garbage. I find myself wanting to use it every few weeks and quickly realize why it never sticks for me. The app is slow and struggles to sync across all of my devices.

Do you use Apple Podcasts, or are you using a third-party alternative? Leave a comment below with which app and why.