Home General Convert your iPad into a drawing tablet for Windows with new Astropad...
12571
SHARES
ShareTweet 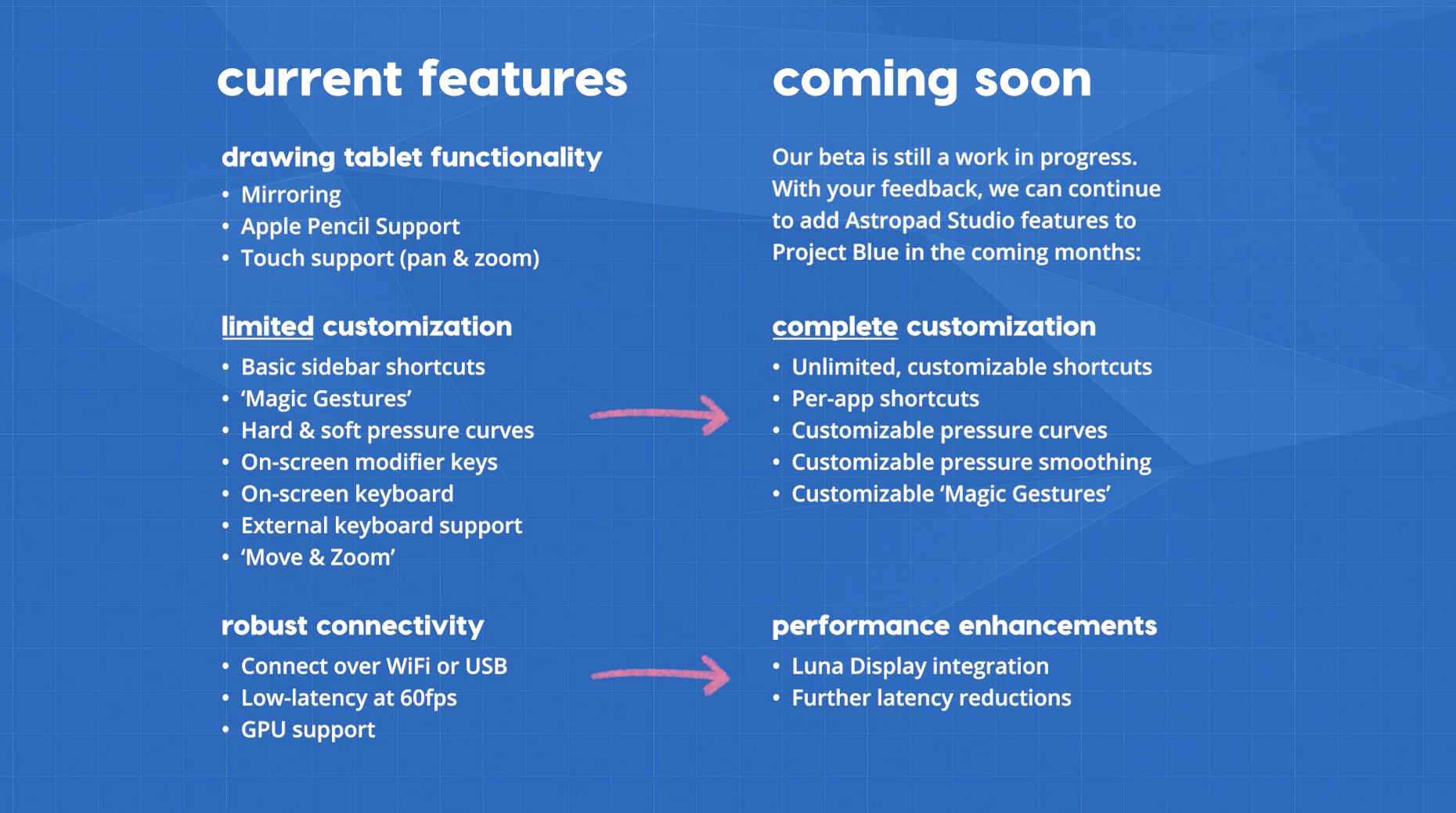 Like Astropad studio for Mac/iPad, Project Blue for PC/iPad is optimized for Apple Pencil and touch gestures and can be used over WiFi or wired via USB.

Project Blue goes beyond a basic drawing tablet. Featuring a robust sidebar and on-screen UI, you can quickly access your favorite shortcuts and customize your drawing preferences.

— Because when it comes to your creative workflow, we know that no two artists work alike.

Anyone can try out the free public beta of Project Blue now. Here’s what the current build includes along with new features that will be arriving soon: