Home General Cook asked to justify iPhone prices, and why Apple was excluded from...
13470
SHARES
ShareTweet 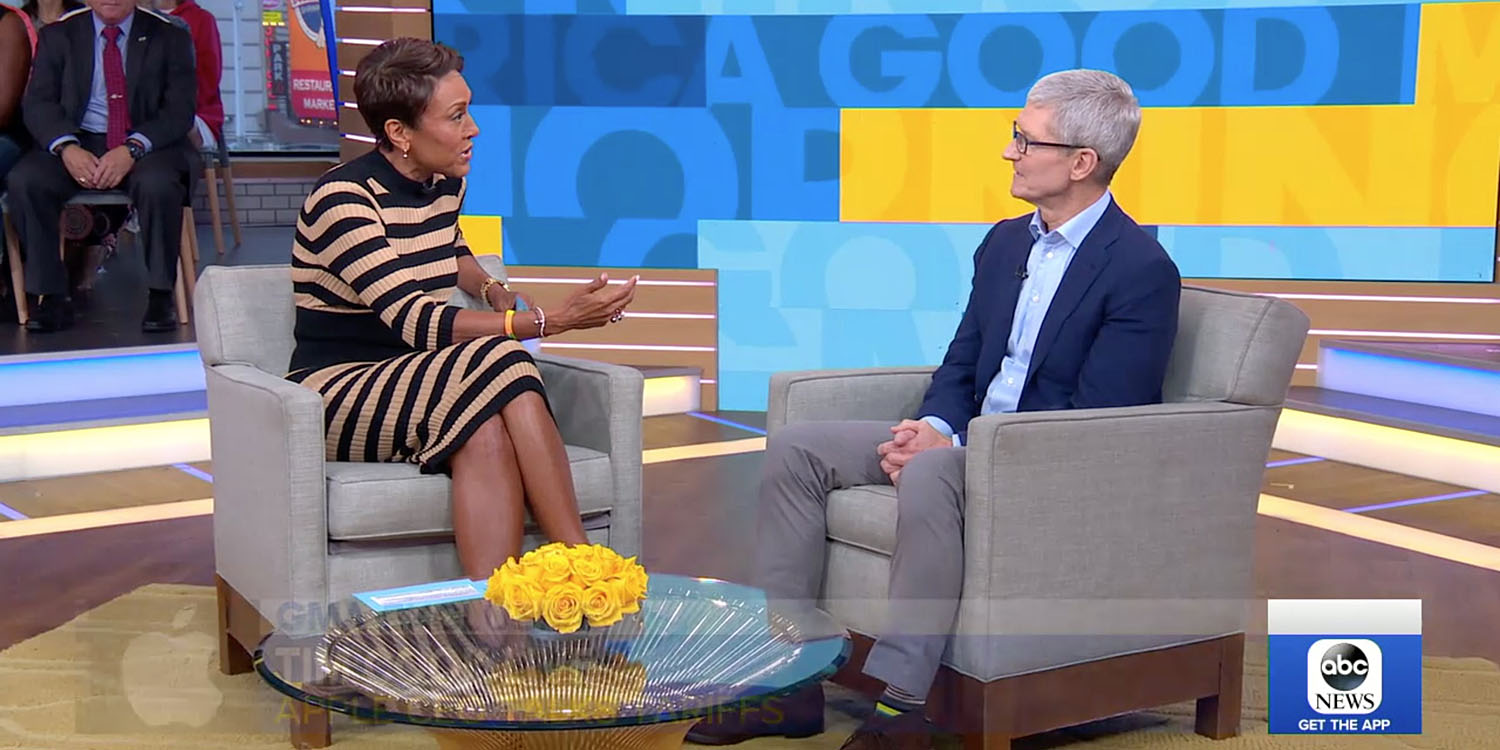 We heard yesterday that Apple CEO Tim Cook would be appearing on Good Morning America, and guessed that the trade war with China would be one of the topics. The show did indeed kick off with Cook being asked why Apple products had been excluded from the tariffs.

I don’t want to speak for [the Trump administration], but I think they’ve looked at this and said that it’s not really great for the United States to put a tariff on those type of products …

Cook said he remained optimistic about how things would work out, despite the current chaos.

I’m optimistic because trade is one of those things where it’s not a zero-sum game. You and I can trade something and we can both win. So I’m optimistic that the two countries will sort this out and life will go on.

Asked what responsibility Cook felt leading a trillion-dollar company, the CEO replied by pointing to what he saw as Apple’s contribution to the US.

From my point of view, Apple could only have been created in America. We’re a deeply American company. So we feel a tremendous responsibility to help our country.

We do that in terms of creating jobs, we’ve created two million jobs in America and we want to create even more. We’re investing $350B in the country over the next five years.

Cook also talked about the Everyone Can Code initiative as an important contribution the country.

Asked to justify the cost of the new iPhones, Cook began with a somewhat dubious claim, but went on to talk about value rather than cost.

We want to make an iPhone for everyone. That’s always been our objective, and we’ve got several iPhones in the line that go down to materially lower [prices]. But if you look at this phone, it […] has an unbelievable camera in it, and it has the smallest and most powerful chip ever in a smartphone.

Cook said that most people pay a monthly fee through a carrier, most iPhone owners paying about $30 a month for it – or a dollar a day. That’s good value for what you’re getting, he argued.

Cook explained why Apple added the ECG functionality to the Watch.

The Watch is the most powerful thing you can have on your wrist. We were getting many notes from our customers over the years that they found they had a heart problem, and the watch would notify them that their heart rate was elevated despite not currently exercising.

They sought medical treatment, and the doctor told them that if they had not sought help, they would not be here. So we began to research more and more, what more can we do for heart help.

You can watch the full interview over at Good Morning America.