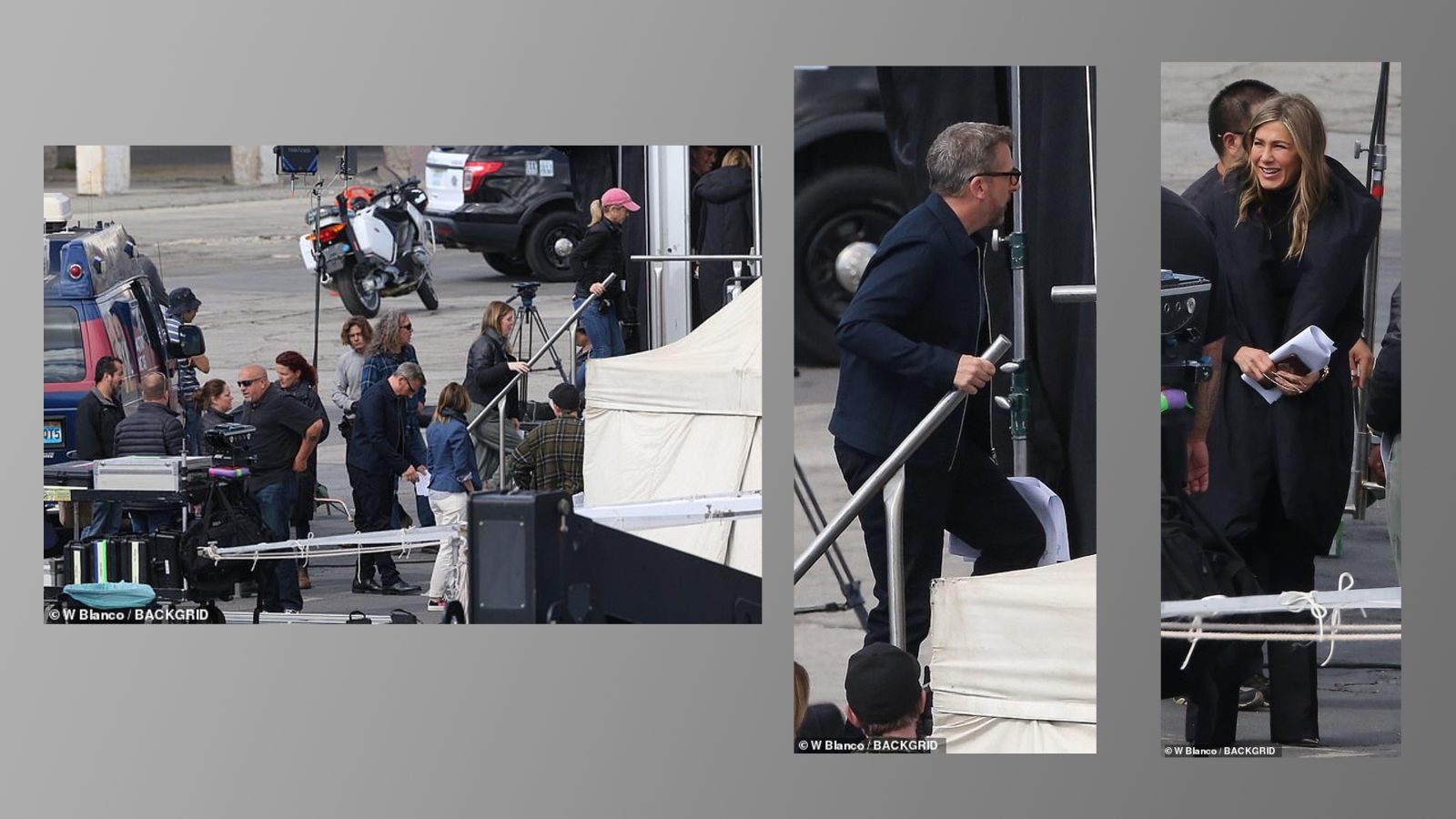 We’ve heard a lot about the TV shows and movies Apple has ordered for its streaming video service — five of which have reportedly finished production — but only this week are we getting our first look at the production side of things. New images show stars Jennifer Aniston and Steve Carell on the set of their Apple series, which is tentatively titled “The Morning Show” and likely to be a high-profile show on the platform.

Images from Daily Mail show Carell and Aniston on the set of the dramedy (comedic drama/dramatic comedy, you pick) and filming scenes next to a van branded “KXIL 12 Action News.” The show marks the return of both Carell and Aniston to television after their runs on The Office and Friends, respectively.

“The Morning Show” is expected to be one of the flagship series offered by Apple due in large part to its star-studded cast. Apple is said to be paying Aniston and Witherspoon $1.25 million per episode for the show, while Carell’s salary is unknown but likely not cheap.

The series stars Carell, Aniston, and Reese Witherspoon as leads. Carell’s character, “Mitch Kessler,” is based a morning show anchor who is struggling to keep up with the changing media industry. The series is based on the CNN correspondent Brian Stelter’s “Top of the Morning” book. Stelter is also serving as a consultant for the show. Other stars include Billy Crudup, Mark Duplass, and Gugu Mbatha-Raw.

A report from The New York Times earlier this week said that the series has nearly completed filming its first season. A second season of the show has already been ordered, with the two seasons totaling 20 episodes combined.

Apple will offer the first look at its streaming TV service at its “Show Time” event on Monday. The event is being held at Steve Jobs Theater, and both Witherspoon and Aniston are expected to be in attendance — as well as 9to5Mac.