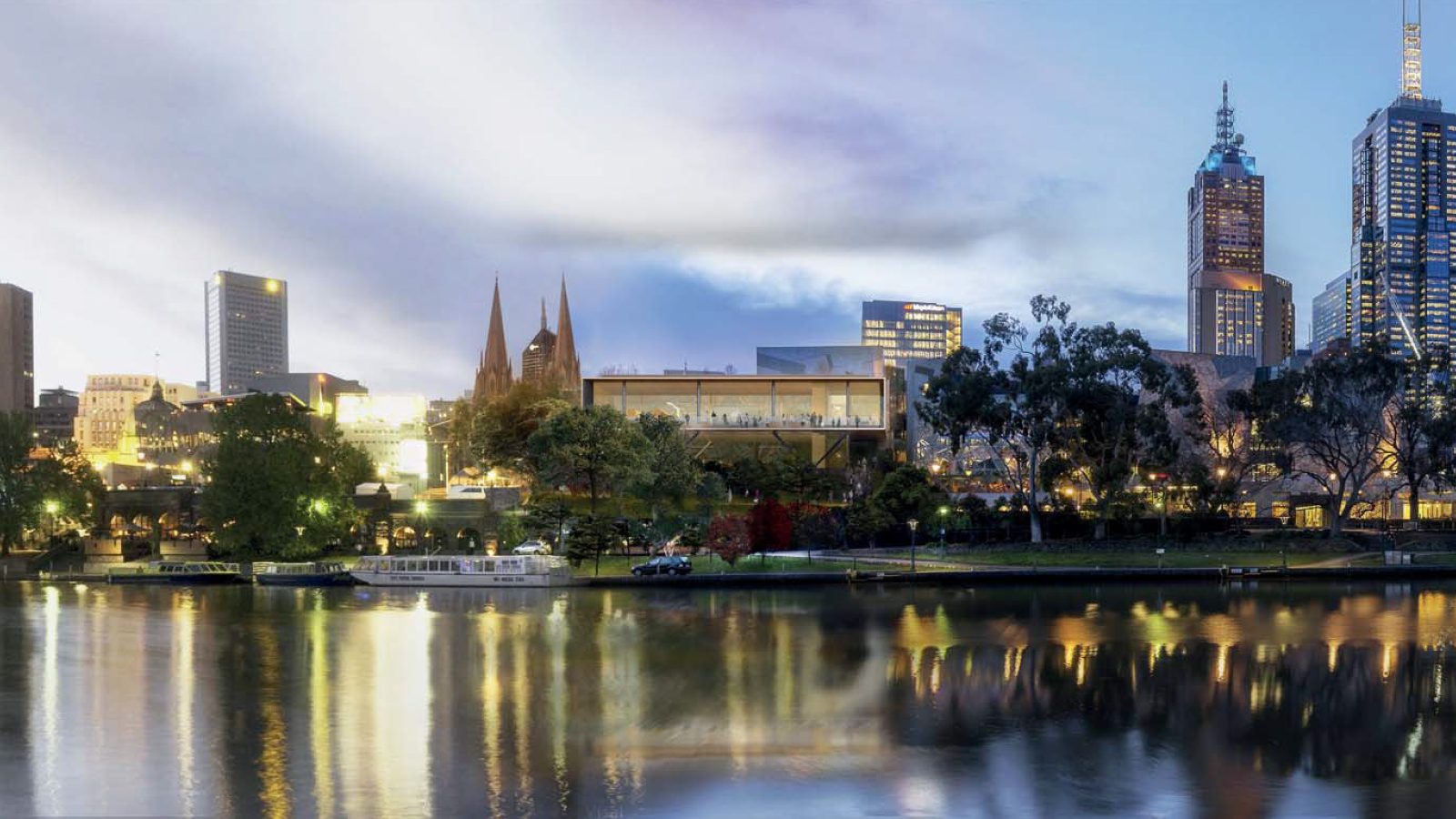 In July, Apple and architects Foster + Partners submitted revised drawings to the city of Melbourne for a multi-level retail store planned on the current site of Federation Square’s Yarra building. The plans came in response to relentless criticism from both governing bodies and the people of Melbourne. While some derided the design as a “Pizza Hut pagoda,” the prevailing attitude was a sense of loss over diminished public space.

After extensive review, Melbourne’s city council has released its assessment of the new plans, rejecting the revisions and raising additional concerns about the design. The annotated documents and design illustrations will be the highlight of the Future Melbourne Committee’s next meeting.

While both Apple’s original depiction of the project and revised comments in July painted only a hazy view of the store, the full documentation reveals the significant scope of the building’s design ambitions. With special engineering considered for the structure’s relationship to the sun and outlook over the adjacent Yarra river, the store will, if completed, earn its rank among other landmark Apple retail projects like Chicago’s Michigan Avenue store.

Two sets of double doors on the riverside and an additional entrance from Federation Square provide access to the store. On the west side, an open staircase climbs to the second floor. On the east, a large stone divider houses avenue displays and elevator access to the basement and upper levels. The first floor will be dedicated to tables showcasing Apple’s product lineup.

The second floor of the store indicates a focus on customer support and Today at Apple sessions. The signature, freestanding video wall and forum sit on the south side. Similar to Apple Michigan Avenue, the back of the video wall will face the water, and is designated to bear the Apple logo.

Four exits on the second floor lead to a planked deck overlooking the square and river below. While both floors of the store are wrapped in glass panels, the second floor incorporates a unique design element – solar shades.

Solar shades were first introduced to the plans in July as an alternative to the unusual “pagoda-style” roof design that was so unpopular among critics. Covering three sides of store, the mesh metal screens are retractable, meaning their position can be freely adjusted throughout the day to optimize for the sun’s position overhead. Apple says that “the use of shading screens on this facade can allow a natural fresh air flow while maintaining comfort.”

Much of the building’s design was considered with the sun in mind. Solar panels blanketing the deeply overhung roof attempt to offset energy usage. According to the documents, “A significant proportion of annual cooling energy can be reduced by soffit overhang and shading protecting from high angled sun. During winter, heating can be offset through solar access of the lower angled sun.”

Outside the store, Apple has chosen to deviate from the Yarra building’s current landscape design and incorporate new plants and materials still harmonious to the environment and existing square. Basic renders and a material study suggest that Apple will continue to use Kimberley Sandstone for paved areas around the store, a defining look in Federation Square. Stone used in construction of the building itself will likely be native to Australia and compliment the sandstone, an approach similar to Apple Piazza Liberty’s Beola Grigia amphitheater.

Powderbark Wandoo, London Plane, and Sawtooth Oak species are among those chosen for Federation Square.

Trees used for the landscape will be “chosen in consultation with the City of Melbourne and in consideration of the City’s tree species selection tools.” Additionally, “A combination of native and exotic trees have been chosen to integrate with the surrounding context and enhance biodiversity.”

While Foster + Partners has made a compelling case for building in Federation Square, the council’s review is just as eloquent in its searing rejection. “The architecture of the proposed building strongly contrasts with the Federation Square built form ‘type’ giving visual prominence to this retail tenancy, and visually competes with the existing ensemble of buildings and adjacent civic landmarks of Flinders Street Station and St. Paul’s Cathedral,” the report notes.

It’s unclear if Apple will be willing or able to make as many concessions as the city suggests to win favor. The report later suggests Apple rework their design to adapt elements of Federation Square’s deconstructivist architecture style: “The extensive use of glazing without any mass or solidity results in the loss of definition of the edge of the plaza and creates an open or blurry edge to the square. A sense of defined enclosure is critical for successful public squares where the focus of activity is within the square.” Compare that to Apple’s own messaging earlier this year about South Korea’s first Apple store: “…The store’s 25-foot glass facade invites visitors in from the tree-lined street, where interior trees mirror those outside, blurring the lines between the street and store.”

The situation has become complicated further by an interim Heritage Protection Order that threatens to permanently halt construction in the square. Opposition leader Matthew Guy has also weighed in on Apple’s plans, expressing distaste.

For now, Federation Square remains in turmoil. While a close study of the blueprints reveals a well-intentioned store, Apple’s sparse public communication to citizens and leaders has likely done more damage than good. If Apple wishes to win the hearts and minds of Melbourne, a clearer narrative will need to be established.