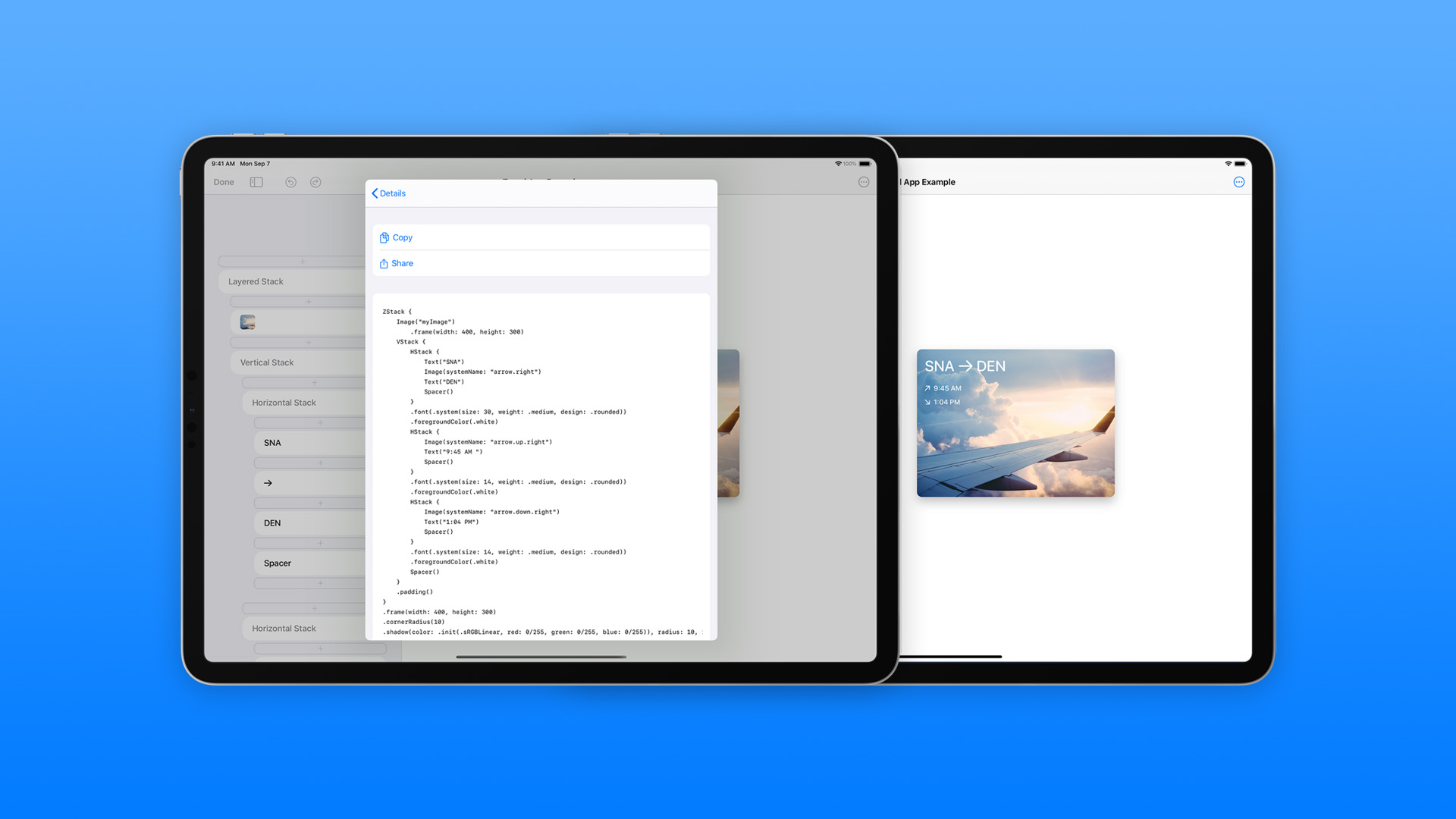 Apple doesn’t offer any developer tools for iOS users besides Swift Playgrounds, but there are some great third-party options available that let developers start a project right on an iPhone or iPad. A recently released app called DetailsPro brings the tools you need to start designing an app in SwiftUI using just an iOS device.

The main purpose of the app is to enable anyone to create SwiftUI interfaces without writing any code. With DetailsPro, developers can imagine and create the main design of a new SwiftUI app using an iPhone or iPad.

DetailsPro has a simple and intuitive interface that was inspired by Apple’s Shortcuts app, so you can easily add and rearrange visual elements. You can work with images, custom texts, SF Symbols, and more.

Since the app generates a SwiftUI code for each element added in the canvas, you don’t need to create a non-functional mockup in other apps like Photoshop. Everything you create in DetailsPro is ready to be used as a SwiftUI project.

SwiftUI has made the lives of developers easier by giving them a fun way to easily use what makes iOS apps great: Dark Mode, SF Symbols, great fonts, etc. All of these would help designers too, but designers still use the same software as before: design apps, mostly derived from Photoshop, that they have to download templates and configure presets for themselves to make things look like iOS.

Developers and designers can also set custom options for the elements, including color adjustments, corner radius, opacity, shadows, fonts, alignment, and more. Once you’re done, the app lets you export the entire design project as SwiftUI code that can be imported into Xcode. Although it’s not a complete solution, it can be useful for when you have a new idea but your Mac is not nearby.

DetailsPro is available for free on the App Store, but the app requires a $9.99/month or $59.99/year subscription to unlock unlimited projects and SwiftUI code exporting. The free version lets you create up to 5 different projects to try all the tools available in the app.

The app requires an iPhone, iPod touch, or iPad running iOS 13.5 or iPadOS 13.5 and later.