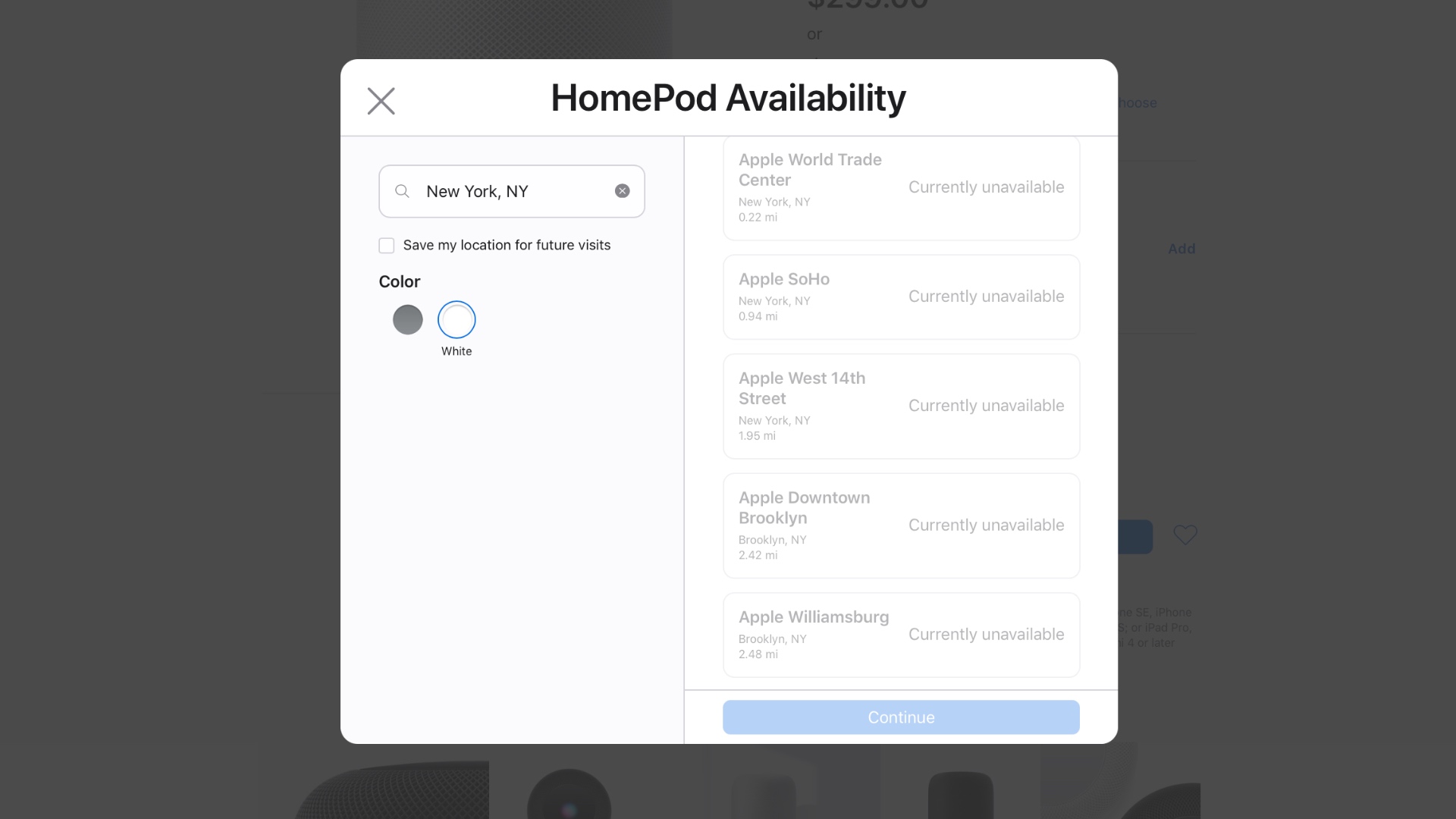 It’s been over 80 days since Apple announced the original HomePod was being discontinued. Now, Apple appears to be winding down sales of its smart speaker at retail stores, even though availability continues online.

As spotted by MacRumors, most physical Apple Stores don’t have a HomePod available for pick up. However, it’s still possible to order the smart speaker online for next-day delivery with no problem.

Since April 12, when Apple discontinued the product, the space gray model of the HomePod has been completely sold out, but the white version has been available broadly. Now, if you try to pick up the product in most major cities, such as San Jose, New York, or Miami, you won’t find any.

As we approach WWDC 2021, Apple may finally be running low on stock. Over these past two months, evidence has emerged on just how poorly Apple’s smart speaker sold.

The YouTuber Michael Kukielka, also known as DetroitBORG, bought at least two HomePods after Apple discontinued the product, and to his surprise, the models he bought were from the launch stock three years ago.

Even though the HomePod is long gone, Apple is still compromised in offering software updates to it. For example, with iOS 14.7, users will be able to set timers on the HomePod using the Home app on the iPhone and iPad.

Apple also promised, in a future update, Lossless compatibility with Apple Music on the smart speaker.

As Apple doesn’t tell what its next steps are, we’ll have to wait for another audio product focusing on the Pro consumers, maybe with a price tag closer to $199 instead of $299. A report by Bloomberg says the company is developing a connected TV box with an integrated HomePod speaker and a FaceTime camera.

So, if you want an original HomePod, your time may be running out to pick one up.