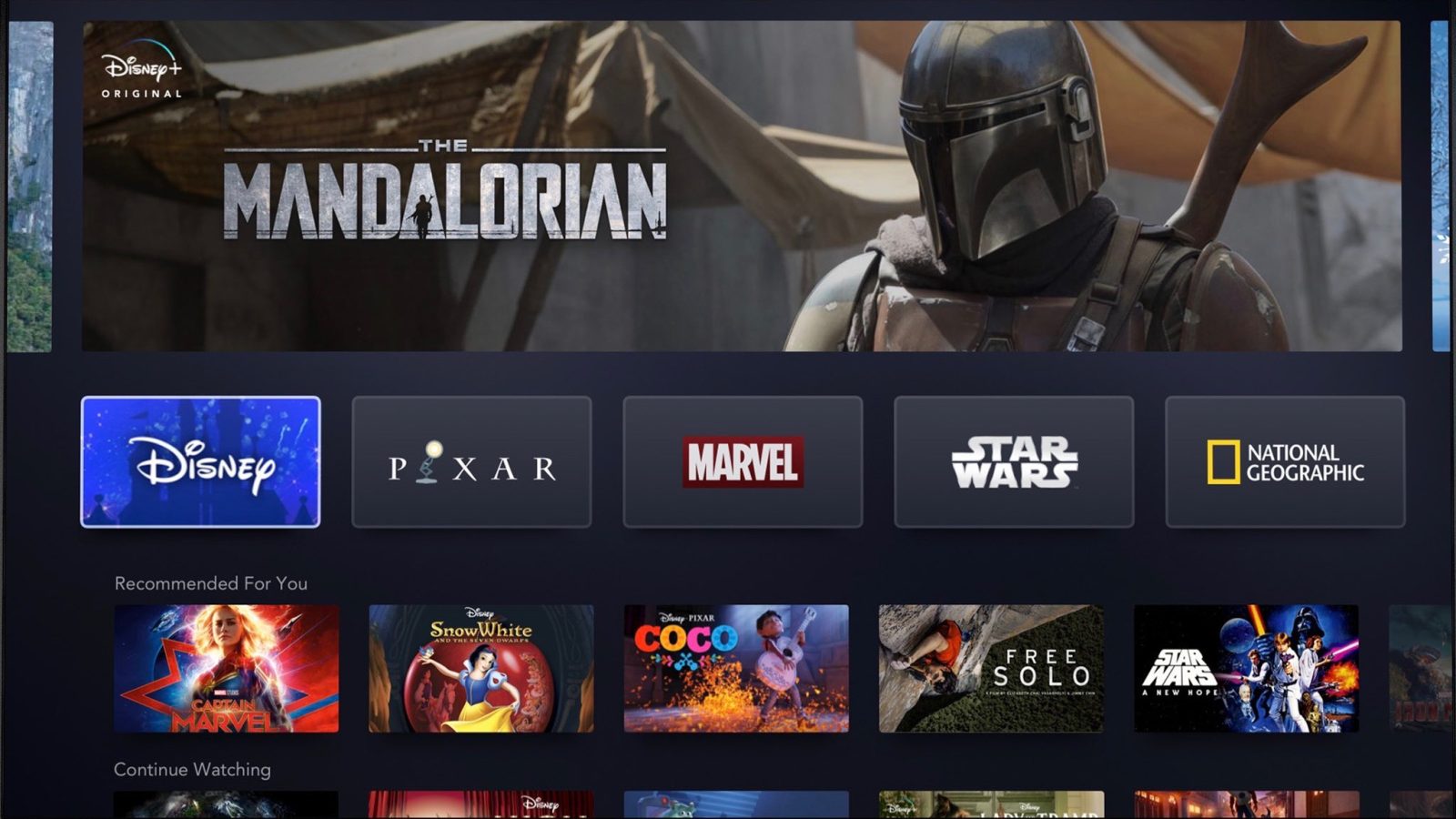 As anticipated, Disney this evening offered the closest look at yet at the upcoming Disney+ streaming service. The company previewed the standalone Disney+ application, while also offering details on bundling and more.

First, Disney teased that users will “likely” be able to secure a discount if they subscribe to some combination of its three streaming services – including Disney+, ESPN+, and Hulu. The idea of a bundle with Hulu is particularly interesting. Unfortunately, however, Disney did not go into details about bundling, with executive Kevin Mayer only saying that bundling discounts “are likely” when Disney+ launches later this year.

Most notably, however, Disney offered the first look at the actual Disney+ application. In terms of design, it’s very basic and will be familiar to anyone who has used a streaming TV app in the past. Users will be able to quickly jump through different content, recommendations, and more.

Interestingly, Disney did not make mention of specific platform details for Disney+. Instead, it simply said that the Disney+ application will be available on smart TVs, phones, tablets, and computers. Roku and PS4 were both specifically teased, but there was no mention of other connected set-top boxes – such as Apple TV

In terms of features, Disney+ will support custom profiles – with support for designing your own avatar using iconic Disney characters. You’ll also be able to download Disney+ content for offline viewing.

Disney also teased some of the content that will be available on Disney+. That includes every Pixar films (as well as Pixar theatrical shorts), WandaVision, Falcon and Winter Soldier, Frozen 2, and much, much more.

The launch of Disney+ comes as Apple is also planning to launch Apple TV+, which will be the home of its original TV shows and movies. Disney+ will house a wide array of Disney content, including Pixar, Marvel, and Star Wars content. Disney’s iconic “vault” content is also expected to be available on the service.

The Disney+ investor event is still ongoing. We’ll update with any new information – such as details on pricing and availability.

Here we go… #DisneyPlus will allow downloading, so all content from the service can be accessed offline!

Get ready. @Jon_Favreau’s The Mandalorian, the first ever live-action @StarWars series, premieres on #DisneyPlus at launch.

The greatest news in the galaxy: All @StarWars films will roll out within the first year of #DisneyPlus.