Home General Earwax in AirPods, or a fault? New Apple tool will find out.
10775
SHARES
ShareTweet 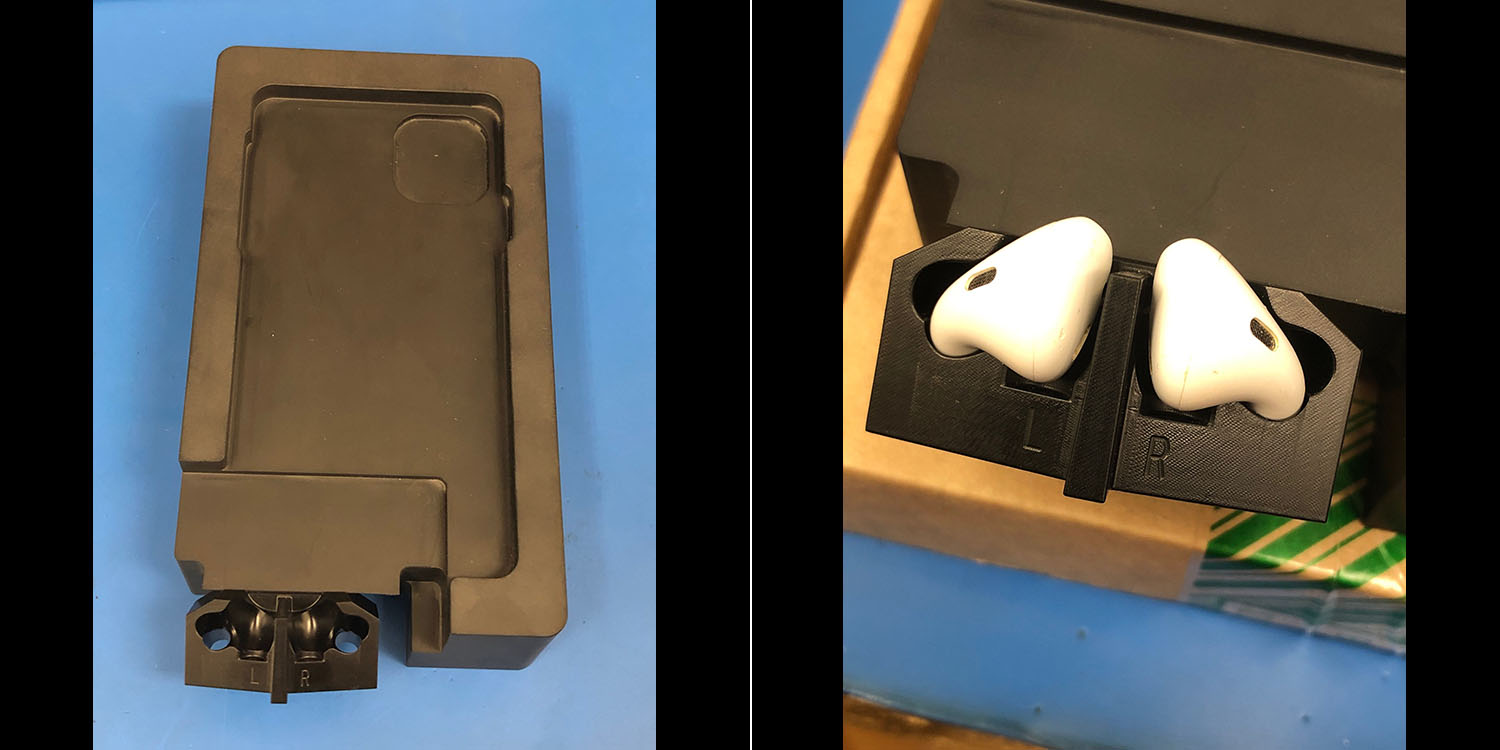 When a customer comes into an Apple Store to report faulty AirPods, one of the possibilities is a build-up of earwax in the AirPods. That’s not really something a store technician wants to have to check personally.

To make it less icky to do so, Apple is rolling out a new test tool to Apple Stores …

The tool was first spotted by Twitter leaker Fudge.

Apple is rolling out a proper audio test tool for AirPods 1 and 2. New phone holder with AirPod attachments pointing AirPods at phones mic. No more guessing if it’s a gunked up disgusting AirPod or customers bad hearing. Works similar to existing iPhone Audio test in principle.

A source has confirmed to iMore that these kits have been rolling out to Apple stores over the last day or so and that Fudge is spot on with regards to their functionality. The testing kit consists of a simple tray to hold your iPhone and AirPods, pointing your AirPods directly at your phone’s microphone. the AirPods will then play audio and a test can determine what might be causing audio issues with AirPods.

As Fudge notes, the tool will allow Apple technicians to test AirPods without having to get too close and personal with headphones that spend extended periods of time inside customers’ ears and might just be full of wax.

If wax is indeed shown to be the problem, customers will be advised to clean them – and perhaps have earwax removed from their ears!

Apple does recommend regular cleaning, but doesn’t have much advice to offer about how.

Clean your AirPods with charging case regularly with a soft, lint-free cloth. Don’t get moisture in any openings, and don’t use aerosol sprays, solvents, or abrasives.

Cleaning AirPods isn’t difficult, but does require a little care. In most cases, a mix of a cotton swab with some cotton removed and some Blu-Tac will do the trick.

One Apple tech seemed very happy to hear about the new approach!