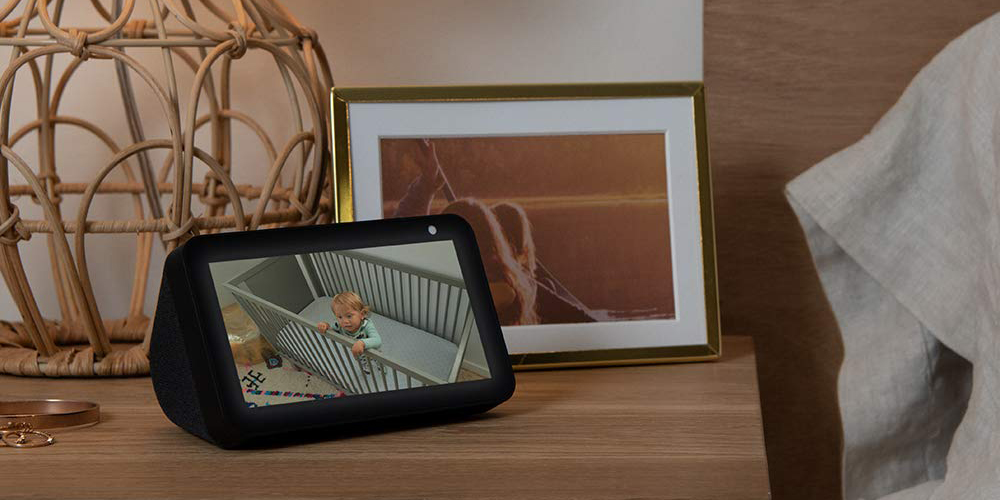 It’s been eight months since Amazon refreshed its Echo speaker lineup, but today Amazon is unveiling new hardware which is coming next month. The Echo Show 5 is set to arrive in June as a lower-cost alternative to its bigger brother, while also directly positioning itself against Nest Hub. Those familiar with Google’s line of Assistant-enabled devices will be familiar with the design, which is centered around a display and wrapped in fabric. Echo Show 5 will also sport a built-in camera all in a more compact footprint than the previously released Echo Show. Head below for more details, pricing, and a release date.

Amazon’s new Echo Show 5 is set to arrive on June 26th for $89.99 with a smaller 5.5-inch display, HD camera, and a new privacy-focused camera shutter. Today’s release joins the larger second generation Echo Show which retails for $230 and sports a larger 10-inch display. Of course, it will offer all of the usual Alexa features that we’ve come to expect from Amazon’s Echo lineup, with similar functionality thanks to its built-in display as Echo Show and Spot.

“Since we launched the first Echo Show device, customers have told us they love asking Alexa to show them things—whether it’s a recipe for banana bread, their shopping list, or music lyrics. With Echo Show 5, we’ve made it even easier and affordable for customers to add a smart display to every room of their house,” said Tom Taylor, Senior Vice President, Amazon Alexa. “The compact form factor is perfect for a bedside table or desk, plus it has a camera shutter for added peace of mind, and new Alexa privacy features for even more control.”

Amid recent privacy concerns, Amazon is introducing some new features on the Echo Show 5. This is primarily focused around a new camera shutter that covers the built-in camera when not in-use. Will this completely do away with concerns Alexa users may have? Probably not. But it’s a step towards Amazon recognizing that this area is a weakness for them.

Echo Show 5 is also rolling out with the ability to delete your voice recordings after so many days. For example, simply saying, Alexa, delete everything I said today, will do away with any cached content.

Amazon’s Echo Show 5 is slated to retail for $89.99. It will be available in two colors starting on June 26th and is available for pre-order today.