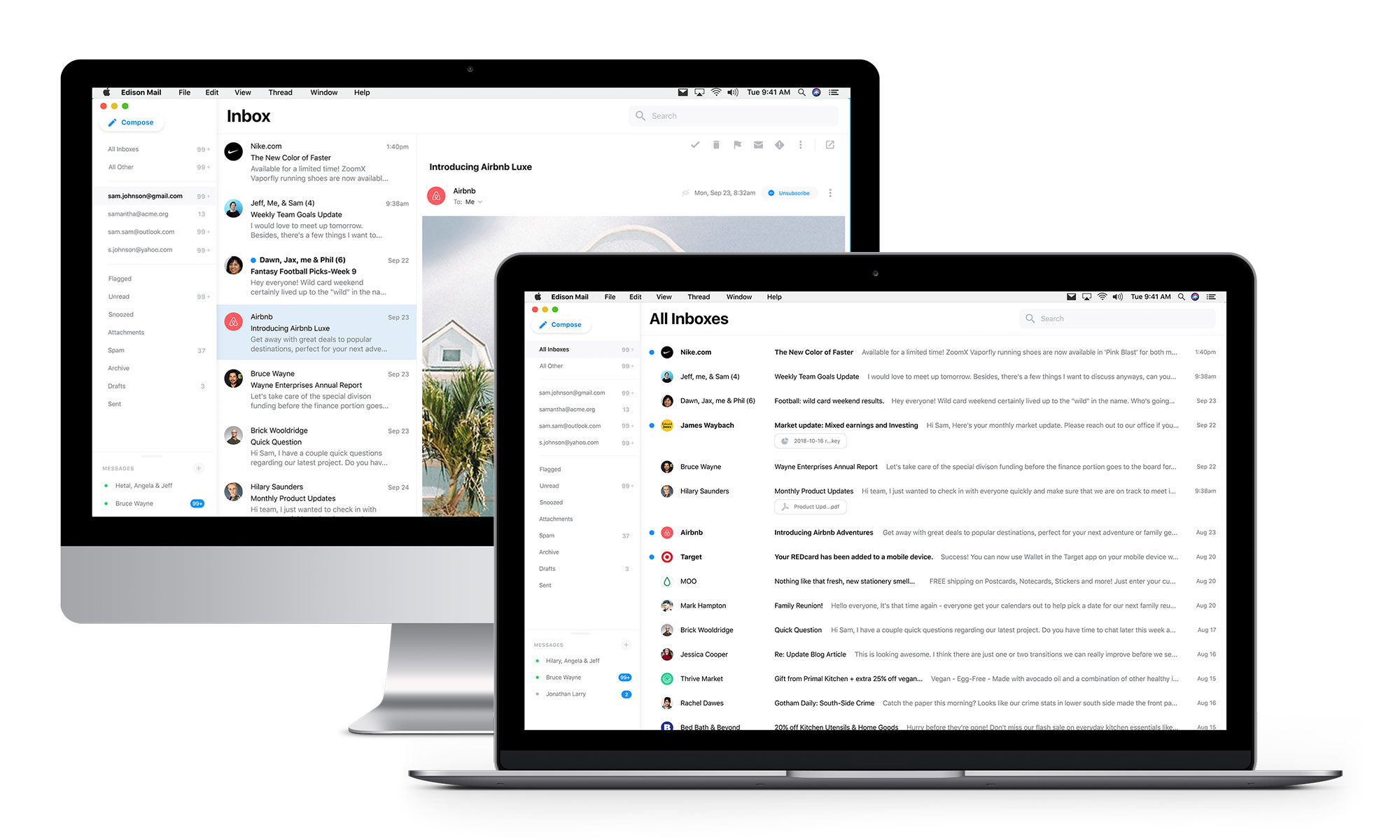 Edison Mail is a popular email client known for its more efficient features for blocking spam and privacy concerns. Until now, the app only had versions for iOS and Android, and starting today, Edison Mail is also available for Mac users.

The new Mac app promises to deliver the same experience that millions of users already have with the mobile version of the email client. Among the main features is the One-Click Unsubscribe option to leave mailing lists quickly. Users can also block specific senders and prevent advertising emails from being able to track them.

Another appealing feature of Edison Mail is the ability to filter the mailbox by subjects, such as subscriptions, travel, bills, and more. That is automatically analyzed and organized, without the user having to worry about any advanced settings. There is also a Smart Notification system that only sends alerts considered relevant for the user, such as a change in flights or new shipment details.

The app is compatible with the system’s native Dark Mode, and it supports several gestures and keyboard shortcuts. Most importantly, Edison Mail works with many email services, including Gmail, Yahoo! Mail, Outlook, and iCloud.

For now, Edison Mail for Mac is rolling out exclusively by-invitation-only. Current app users have priority, but it is also possible to request an invitation to the desktop version on its official website.

The official release should be in early 2020 when the company behind the app also promises to reveal more details about Edison Mail for Windows.

You can also check out the iPhone and iPad version available on the App Store for free.