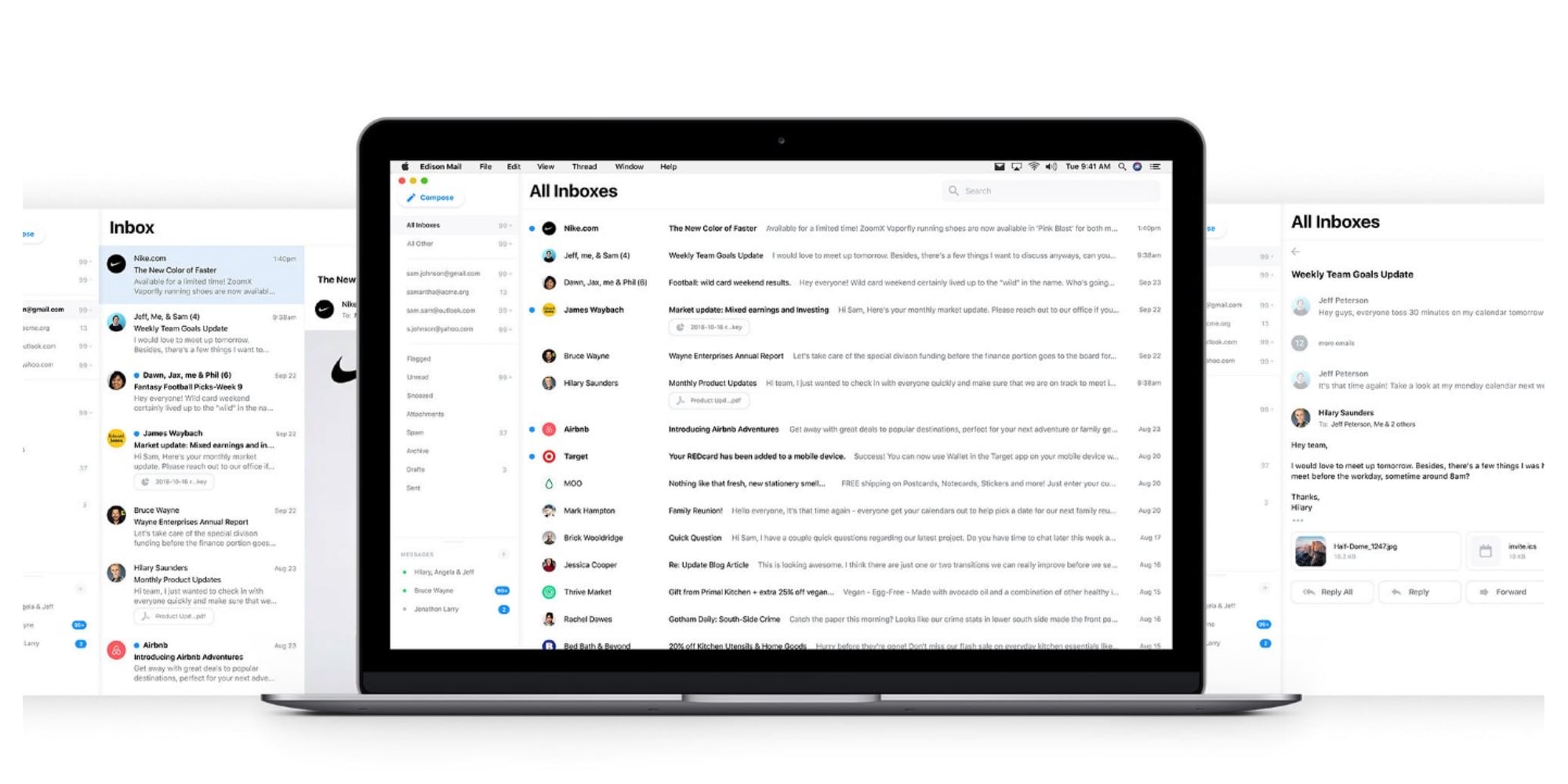 Edison Mail for Mac was released as invite-only back in December and demand for early access to the app reached over 60,000 users almost immediately. Edison Mail for Mac has been built to simplify desktop mail frustrations like managing multiple Gmail accounts, eliminate junk from your inbox, blocking ad tracking your emails, and more in a minimalist design. The app also includes features like one-tap Unsubscribe, Email Threading, Dark Mode, Templates, and customizable keyboard shortcuts.

Today, they are also adding some more new features to their Mac App (also included with the Mac App Store version). The new Focused Inbox features only the email that matters to you. It filters out everything else, but you can easily access all emails when you need to as well, but they won’t clog up in your inbox.

Another feature launching today with Edison on the Mac App Store is a Today Folder. Today Folder, available on the left-hand sidebar of the app window, will just collect all the messages that have come in that day for you to check. If you’re drowning in email messages from previous days, this feature will let you view what’s new today.

The final new feature launching today is mute notifications for a specific sender. With this feature, you’re able to hide notifications from a certain person without affecting the rest of your notifications. You can think of it like muting a message thread in iMessage.

Overall, these are some nice additions to Edison Mail for Mac. The most important feature is simply being on the Mac App Store. As someone who’s set up new Macs multiple times in the past year, I much prefer redownloading apps from the Mac App Store over going and redownloading from various vendor websites. Edison Mail is doing a lot of nice things, similar to Spike, so it’ll be interesting to see what they come up with next. There a lot of email apps doing some very interesting things right now.

Edison Mail for Mac can be downloaded from the Mac App Store.