The new, second-generation version of eero is the same size and form factor as the previous version, but includes twice the power according to the company. Simply called eero (2nd generation), the new router includes next-generation mesh network technology, which eero calls “TrueMesh,” to ensure that eero can adapt to any home in which it’s placed. 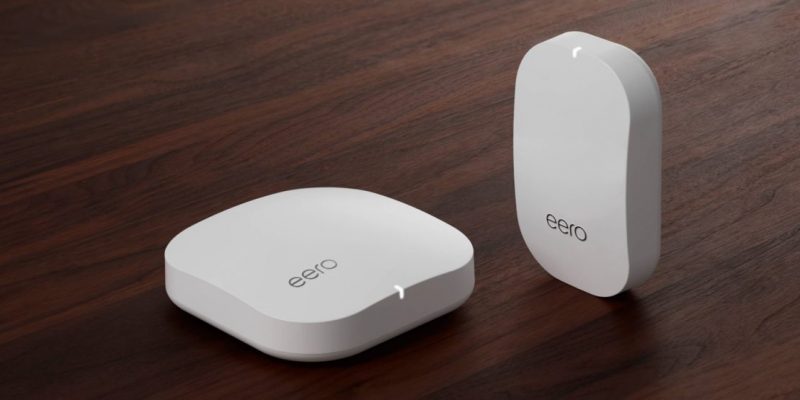 If users stock their home with three eeros, they can even gain access to tri-band Wi-Fi, which broadcasts on three wireless radio bands simultaneously, generating a multi-user experience that doesn’t create lag for anyone in the home. As an example, eero said users will be able to download huge files, run a FaceTime call, or compete in a multiplayer game all at the same time, and the routers will provide the same Wi-Fi quality to each experience without compromise.

Once an eero (1st or 2nd generation) is connected to a network’s modem, users will be able to introduce the company’s all new eero Beacon into their network. eero Beacon is a full-fledged access point which the company says has 30 percent better performance than the original eero, but the Beacon is built for portability and plugs directly into any wall outlet.

Our vision for eero is to go beyond providing perfect connectivity by adding context and intelligence to our homes. As everything in our homes comes online, and we consume more and more content over the internet, we can imagine services and experiences — whether built by us or partners — relying on eero for WiFi and more. We can even imagine changing everything again, this time with another much bigger idea: that over time eero just might evolve into the underlying operating system for the home of the future.

The company said users can add as many Beacons to their network as they want in order to truly cover their entire home in reliable Wi-Fi. As a bonus, Beacon includes a built-in ambient light sensor that automatically lights up dark hallways and rooms at night, and turns off during the day.

In order to ensure that internet browsing is kept secure, eero has introduced a new subscription service called eero Plus, starting at $9.99/month. It includes the following features:

Along with the hardware additions, eero is also updating its eero home Wi-Fi system iOS app [Direct Link], which it says will launch towards the end of June. The update brings a refreshed user interface and new tools, including a “home-type selector” that allows users to precisely detail the size and shape of their living space so they can get the most out of their eero devices.

The new eeros will use Thread, a low-power wireless protocol that uses IPv6 natively, resulting in more reliability and better encryption. Thread will also result in fewer hubs required by users to be scattered about their homes, and eero promised that over-the-air software updates “means your new eero system comes future-proofed.”

One eero sells for $199, while an eero Beacon costs $149 on the company’s store. Users can also choose from a few start-up packs to save some money, including a Small Homes pack (1-2 bedrooms) that includes one eero and one eero Beacon at $299, as well as a Most Homes pack (2-4 bedrooms) with one eero and two eero Beacons for $399. A Pro Wi-Fi System — which fuels tri-band mesh capabilities — packs in three eeros for $499.

The new devices begin shipping at the end of June, and can be ordered today from eero’s website, or retailers like Amazon, Best Buy, Target, and Walmart.