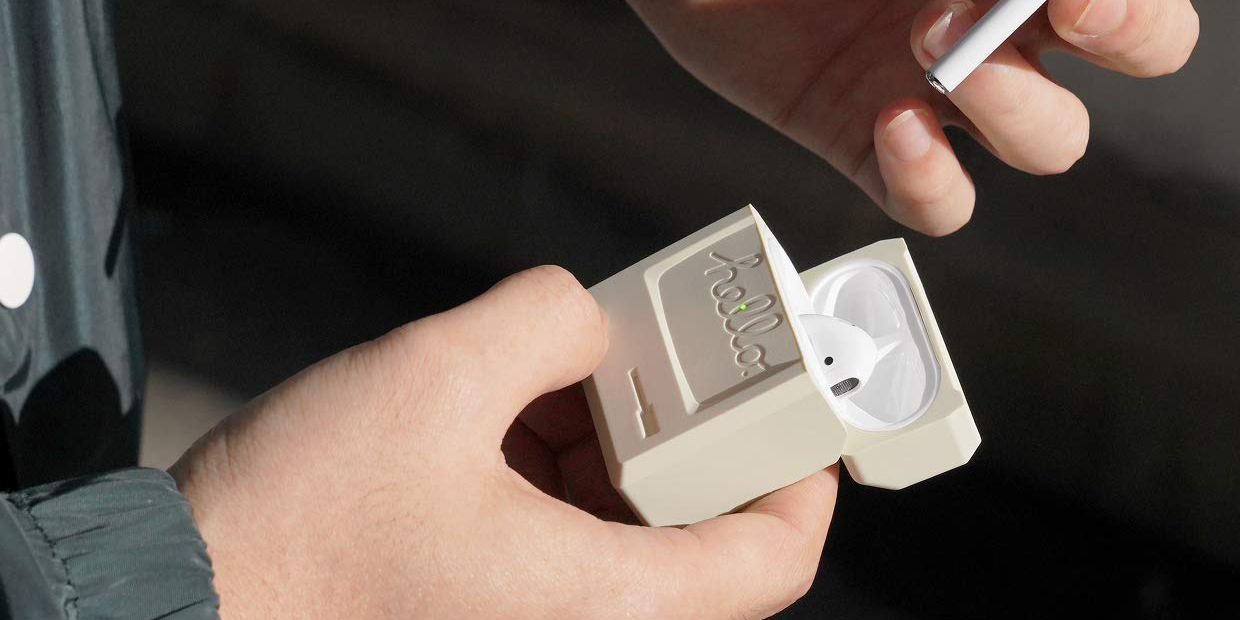 Elago has been cranking out adorable retro-infused Apple Watch docks for some time, starting with its W3 stand and expanding further in the two years since. Today, the brand is back with its new AW3 AirPods charging dock made to look like the beloved 1984 Macintosh. It takes the familiar design of Elago’s W3 stand, which has long been a hit with 9to5Toys readers and recreates it for Apple’s latest earbuds. One key difference here is the inclusion of support for Apple’s wireless charging dock, and a designated cutout for the notification light. This feature is often missing from competitors, making the Qi-powered case unusable. Head below for more details on the new Elago AW3 stand.

Elago intros yet another retro dock

While Elago’s other retro docks have centered around showcasing Apple Watch’s built-in display, the AW3 departs from that trend, which makes sense given that AirPods don’t offer that feature. Instead, a slightly embossed “hello” can be found where the display resides, reminiscent of the iconic Mac’s greeting.

Elago keeps the silicone base to prevent any scratching that might occur when sliding the case into the charging area. It’s slightly larger than the Apple Watch version as the AirPods case is bigger than Apple’s wearable. As mentioned above, a notable inclusion is the cutout for the wireless charging AirPods case, which relays your power status. We’ve seen other docks, and primarily cases, that lack this inclusion for various reasons. This makes it easy to be certain your AirPods are fully charged up before removing them from the dock.

Unlike Elago’s W3 dock, this model will only be available in a cream colorway at launch. Look for Elago to introduce a black model before long to match its other offerings.

The new Elago AW3 case is available for purchase at Amazon for $12.99.

I’m a big fan of Elago’s docks for Apple Watch and AirPods. The vintage styling is a great way to show off your Apple fandom and it’s an easy gift for anyone on your holiday shopping list that has the same passions. It’s fun to see the W3 1984 Macintosh dock remade for AirPods, but I sure would like to see the introduction of additional iconic Macs to the mix. Like all of these retro gaming consoles coming out, it will be fun to see if Elago ever takes on a more modern day release. Could there be a mini iPhone recreation? What about iPad? Those seem like long-shots for a number of reasons, but it’s fun none the less to see Elago keep cranking out these accessories.