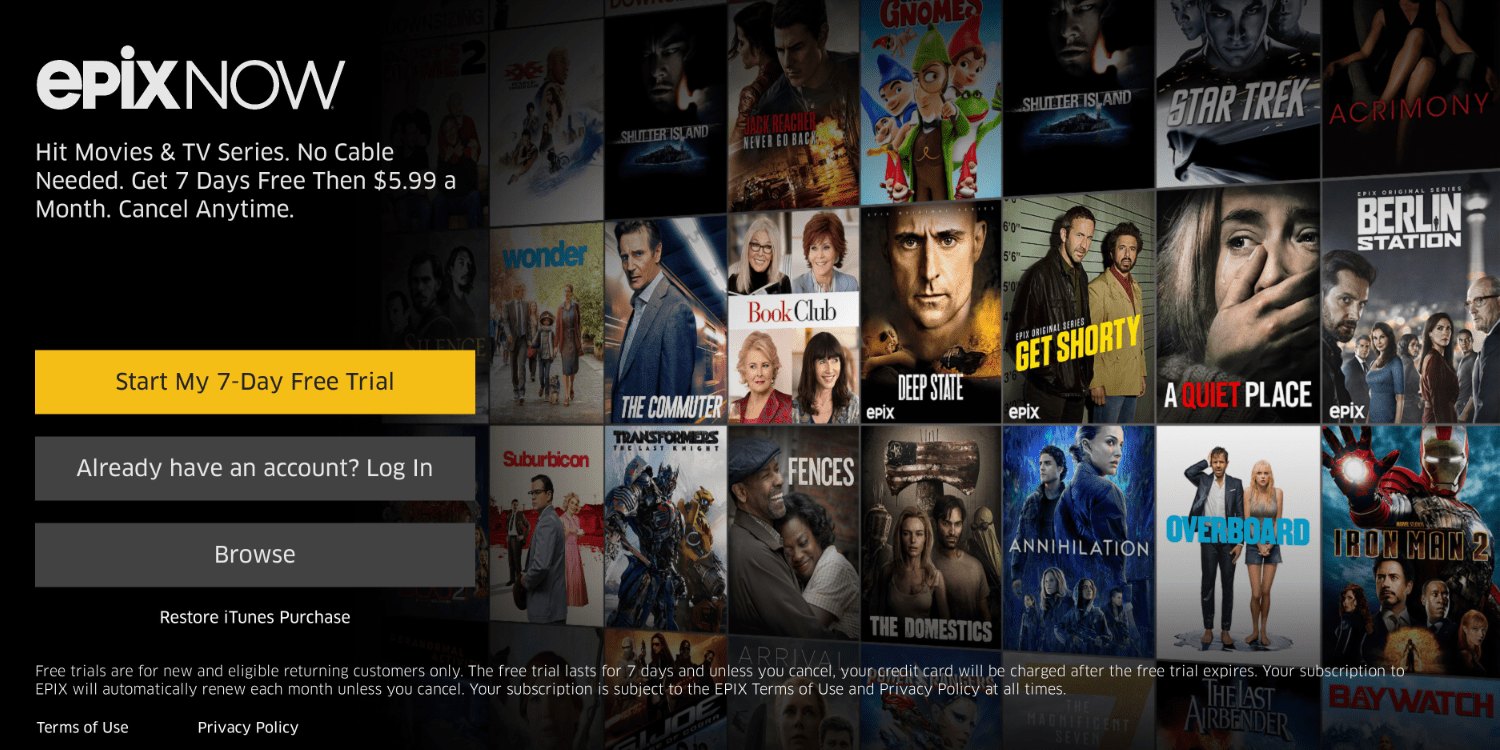 Have you longed for a television series based on Batman’s butler, Alfred? Perhaps a subscription to the EPIX NOW streaming service might be in order, as the MGM-owned channel announced this weekend the launch of its standalone streaming service. First reported by Deadline, EPIX NOW will join the crowded array of competitors vying for your few bucks per month in exchange for a library of films, four live EPIX channels, and original content.

At $5.99 per month, EPIX NOW is by no means expensive, however, adding yet another streaming service to the market may be lost among the competition. Even T-Mobile agreed the market was too saturated to enter traditionally, instead focusing on an à la carte subscription.

2019 is poised to be an incredible year of growth for our network. Launching EPIX Now and providing consumers nationwide with access to our premium original programming and blockbuster movies is an exciting moment for our company and solidifies our commitment to bring high-level storytelling to as many people as possible.

We look forward to welcoming new audiences to our network.

As for the “original programming”, it seems pretty thin at the moment, with the only serious offering being Pennyworth, the aforementioned series about Batman’s servant starring Forest Whitaker, and an upcoming neo-noir series with Sir Ben Kingsley, Perpetual Grace, LTD.

If you do choose to subscribe, users can access content up to 4K and stream the four live EPIX channels from the app via the iOS App Store, Apple TV, Google Play, and more.

Last we heard regarding Apple’s upcoming streaming service came in late January, when hiring rates within the company showed an uptick in career openings. Rumors have pointed to a global launch sometime this year for the Apple-branded service.

The EPIX NOW app can be downloaded from the iOS App Store right here.