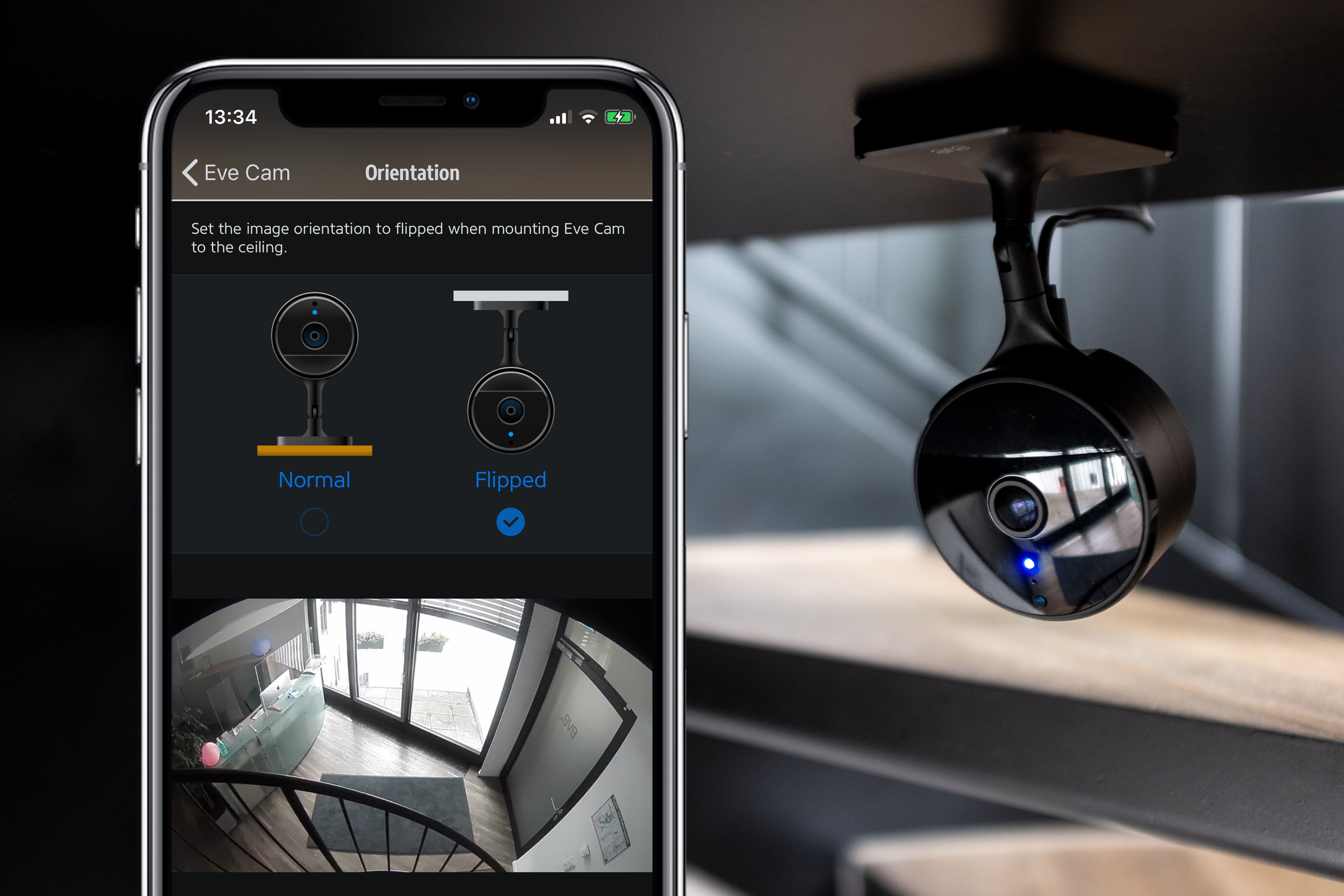 The Eve app lets you control all your HomeKit-enabled accessories with multiple customizations and automations. The Eve for HomeKit app was updated to version 4.5 today with significant improvements, including a new fullscreen overview with simultaneous live video from all of your HomeKit-enabled cameras and more.

With the latest update, Eve app users will find a new “My Cameras” menu that shows at a glance the live video of Eve Cam and other HomeKit-enabled cameras. From there, you can simply tap on a specific camera view to see it in full screen.

The app now also lets users create Siri Shortcuts to manage HomeKit cameras, so accessing live video from your cameras with the Eve app is as easy as saying “Show my cameras” to Siri.

To access the camera overview, a new “My Cameras” tile will automatically appear in At a Glance if you have more than one camera in your home. From there, you can also enable convenient Siri integration — once added to Siri, getting the full picture is just a quick “Show my cameras” voice command away. Tap any camera live view to go Fullscreen for that particular camera, or touch and hold to directly set a scene or control other HomeKit-enabled accessories within that room.

Another great new option included with the latest version of Eve app is the Flipped Camera Orientation, which lets you install your Eve Cam upside down and then easily flip the live video into the app. A free firmware update to enable the flipped option is now available for current Eve Cam models.

The settings of Eve Cam now offer a new option to flip the camera image. With the magnetic base of Eve Cam that attaches to all sorts of elements in your home, this opens up a whole new world of possibilities to mount Eve Cam at the perfect location. To access this new setting, Eve Cam requires at least firmware version 1.0.3, which has also been released as a free update and includes many other overall improvements.

The latest version of Eve for HomeKit app is now available on the App Store. The app is free and it requires an iPhone, iPod touch, or iPad running iOS 13.1 or iPadOS 13.1 and later. You can also buy the Eve Cam at Evehome.com or at Amazon.