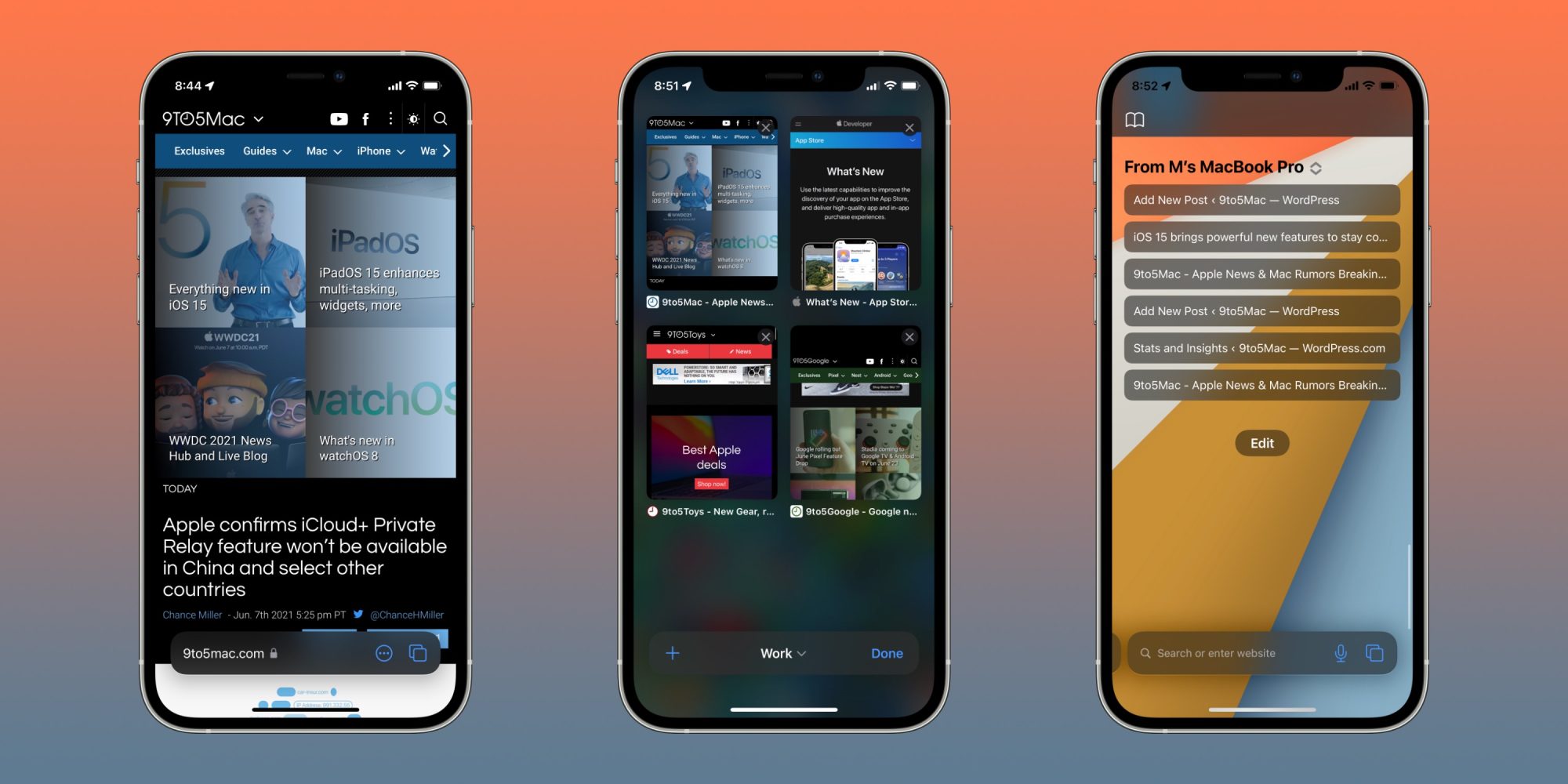 Apple’s mobile web browser is the main lightning rod of this year’s iOS 15 beta period and it remains to be seen whether it will actually launch in the fall. Chrome for Android tried a similar Safari on iOS 15 redesign years ago, and a designer on that project provided some interesting insight into why Google abandoned it.

Safari on iOS 15 has what Apple calls a “new tab bar design” where the address field and other key actions are placed in a strip at the bottom of the screen, just above the system gesture bar.

The company says it “maximizes your screen space and stays out of the way as you scroll and explore.” It’s in a very reachable position and allows you to jump between open tabs by swiping.

Ultimately, Apple believes it is “reimagined for the way we browse today,” but has been tweaking it over the past few betas.

Google attempted such a redesign with an effort called “Chrome Home” in 2016. Chris Lee — a former staff interaction designer at Google behind the “original concept and pitch” — talked about the project on his personal site, describing it as an “ambitious redesign of mobile Chrome’s main UI.” At a high-level:

It brought Chrome’s toolbar to the bottom of the screen and turned [it] into a peeking panel that could be swiped to expose additional controls.

The Omnibox is moved below with the tab switcher and overflow menu right beside it. A swipe up, as hinted by a pull tab above the address field, shows users a traditional bottom bar with four sections. The first is for Discover and recent sites, Downloads, Bookmarks, and History.

Like Safari on iOS 15 today, this Chrome design was based on the growing screen sizes and the desire to create an interface that “would still be usable with one hand.” Another reason was how Chrome has a lot of features that are just placed in the “three dot” overflow menu because there’s nowhere else to surface them, thus hurting discoverability.

“Mainstream users” said the redesign “felt disorienting,” though the “feature gained a cult following among the tech community.”

Chrome serves billions of users around the globe with varying tech literacy. I became increasingly convinced that launching Chrome Home would not serve all our users well.

So just [as strongly] as I had pitched the original concept, I advocated for us to stop the launch – which took not a small amount of debate.

Google and this designer’s takeaway was about the “intentionality needed to innovate within a product of massive scale.” In February of 2018, Google said it was “ending the current Chrome Home experiment.” Today’s post finally provides an explanation on why.

However, work on “Chrome Duplex” — later renamed “Duet” — started almost immediately. This “split toolbar” variant saw the Omnibox remain at the top of the screen, but saw Google bring the tab switcher, overflow menu, and various other shortcuts to a strip at the bottom. This project was also abandoned by mid-2020 in a sign that Google was still not comfortable with drastically changing Chrome’s UI.