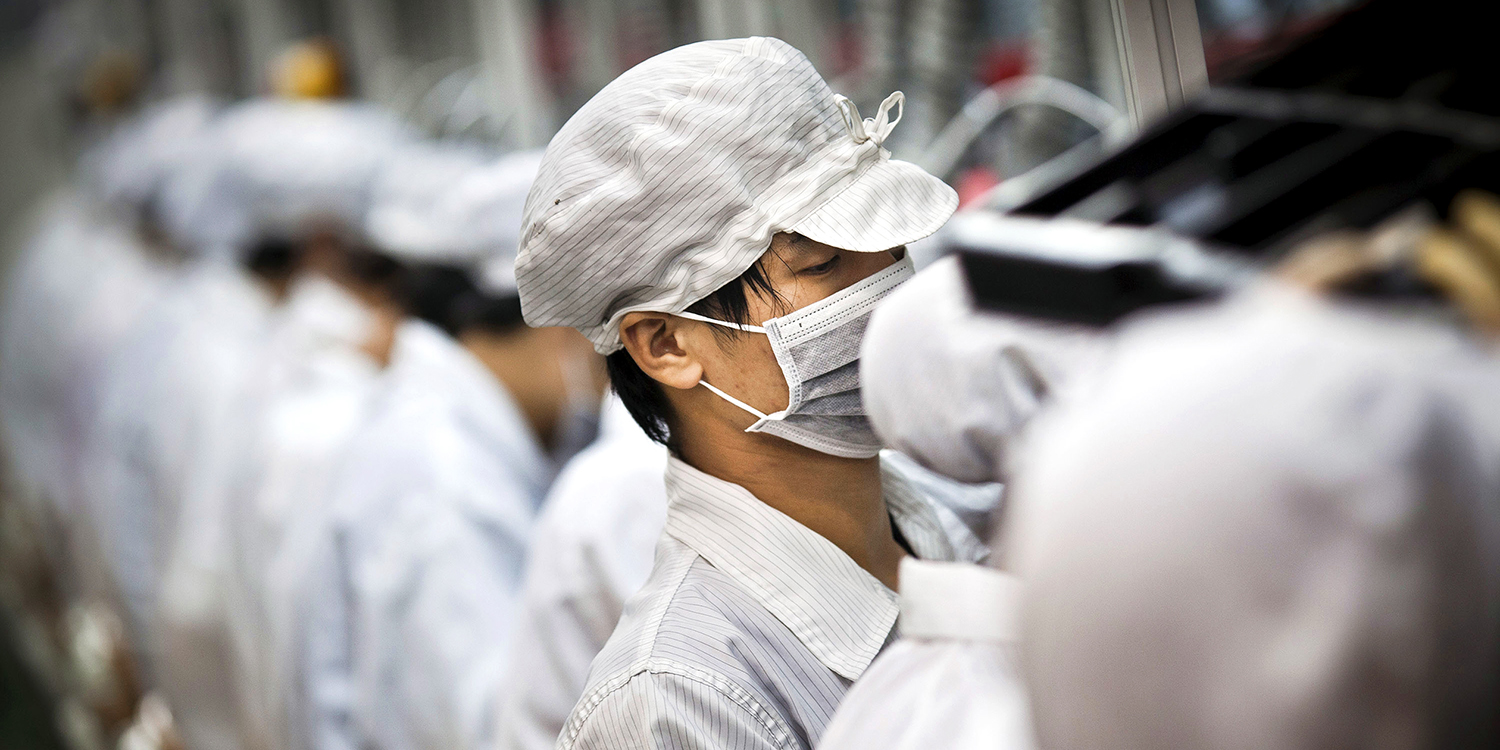 Primary iPhone assembler Foxconn says that it has begun work on expansion plans for plants outside of China as it seeks to recover from production lost to the coronavirus outbreak.

The company is also ‘cautiously’ resuming production in China …

It does, however, warn that revenues will be hit in the meantime, reports Reuters.

Foxconn, the world no. 1 contract manufacturer whose clients also include Huawei, said plants in countries such as Vietnam, India and Mexico continued to be operating at full capacity with expansion plans underway as it seeks to minimize the impact of the virus.

It said the outbreak will have a negative impact on its full-year revenue, without disclosing details […]

Shares of Foxconn fell 1.2% on Thursday.

Reuters recently claimed that Foxconn was aiming to be at 50% of normal production levels in China by the end of February, but the company subsequently denied this.

“Recently, Reuters reports on the group’s overall resumption schedule for the mainland China plants are not factual, and Hon Hai hereby clarifies it,” Foxconn said in the statement.

“In the past, the aforementioned media’s reports related to the group’s mainland China plants resumption are mostly not factual,” it said, adding that the reports have caused “misunderstandings and difficulties for employees, investors and the general public.”

Foxconn did not reveal any actual targets. It was recently reported that work on the iPhone 12 has stalled, but Apple is likely to stick to the launch schedule even if availability is limited.

Apple has said that it will not hit its earlier guidance for the current quarter, but this has not alarmed analysts and investors, who are confident that income lost in Apple’s fiscal Q2 will be regained in Q3.

WHO’s latest situation report, published yesterday, says that there were 1,872 new confirmed coronavirus cases yesterday, and 136 new deaths. This takes the totals to 75,204 infected and 2,009 deaths.