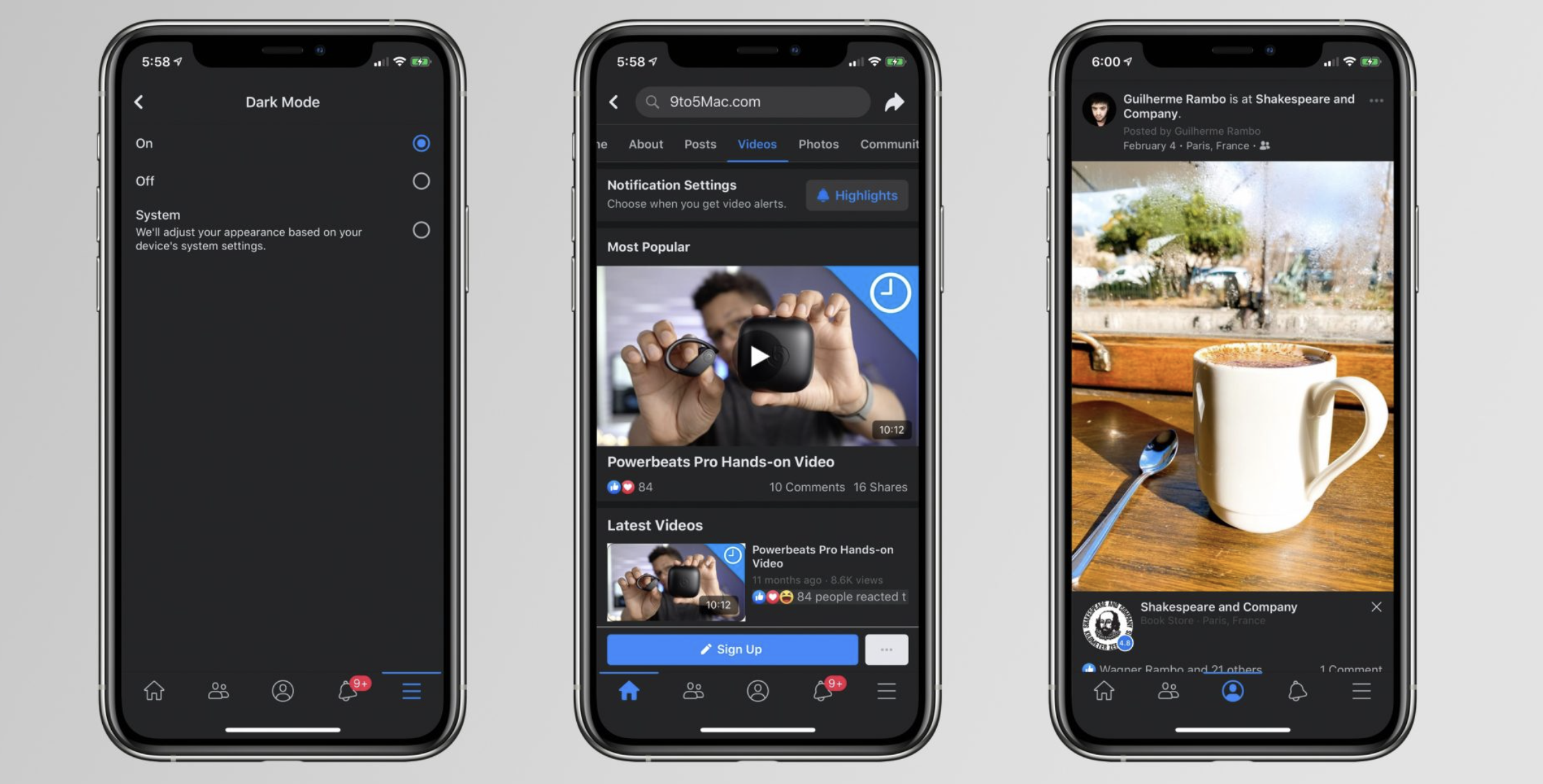 Facebook is now beginning a broader rollout of Dark Mode support on iOS. This comes 5 months after Facebook confirmed its plans to roll out Dark Mode support for iOS, and over a year after Dark Mode came to the iPhone with iOS 13.

In April, 9to5Mac reported that Facebook was in the process of developing and designing Dark Mode support on iOS. Then in June, the company confirmed its plans and rolled the new design to a very small percentage of users.

Now, Facebook has confirmed in collaboration with Jane Manchun Wong that it is now publicly testing Dark Mode support on iPhone. This doesn’t necessarily mean the feature is available to every, but it does signal that it’s coming to a wider percentage of the user base now.

Here’s how to check to see if Dark Mode is available though your Facebook account and how to enable it:

Under the “System” option, Facebook will adjust its appearance based the settings of your iOS device. This is the best option if you want the Facebook app to adhere to the Dark Mode schedule you use on your iPhone.

Again, Facebook has not yet rolled out Dark Mode support on iOS to everyone, but it is publicly testing the feature with a wider percentage of the Facebook user base. Hopefully, a full rollout will commence sooner rather than later.

Do you have Dark Mode support in the Facebook app on your iPhone? Let us know down in the comments!