Facebook is today rolling out a long-awaited feature within its iOS app, which will allow users to post GIFs directly into comments using a native GIF button. To share a GIF, users will find the button sitting next to the emoji button in the text field of the Facebook comment window, and from there they can search for a GIF by typing, horizontally scroll through the results, and tap to share. 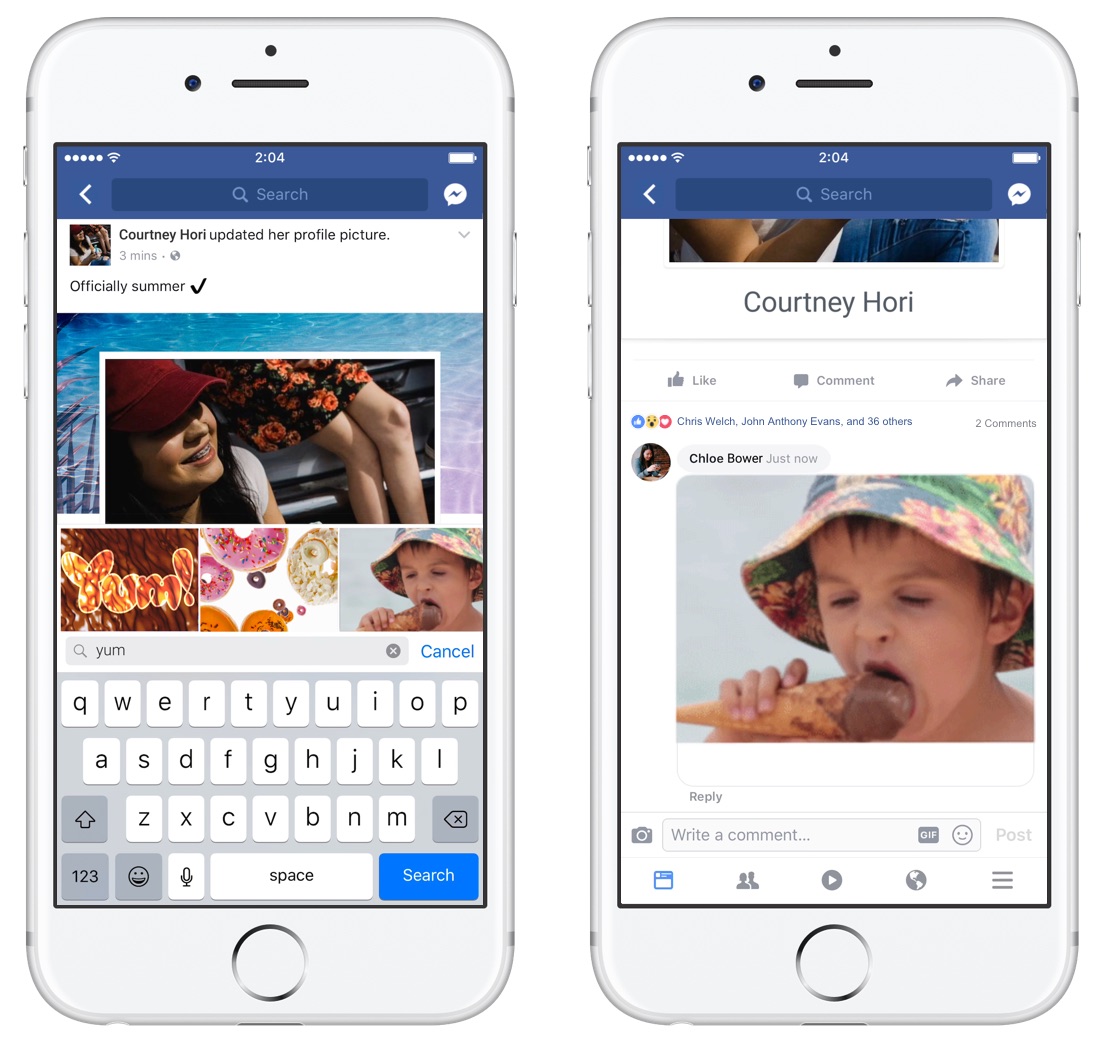 The company said that the update is in celebration of the 30th anniversary of the GIF format, which was created by Steve Wilhite on June 15, 1987. The celebration will also include exclusive GIFs in collaboration with popular service GIPHY, and a user survey that will appear on Facebook’s feed that intends to put to rest the GIF pronunciation debate once and for all. In 2013, Wilhite said the word is pronounced with a soft g, or “JIF,” but many users continue to use the hard g alternative.

Facebook said that GIFs in comments will debut today “for all people on Facebook globally,” so it should begin appearing across mobile devices and on the web soon. Facebook is available to download on the iOS App Store for free [Direct Link].