Facebook today revealed a new redesign coming to its standalone Facebook Messenger app for iOS and Android, with subtle UI changes that emphasize new features like games, while making it easier to see which friends are online and what notifications have been missed (via TechCrunch).

The main UI addition is the introduction of three new tabs atop the app for messages, active friends, and groups, which Facebook believes is a way to ensure that Messenger is “your hub for connecting with all the people and businesses you care about.”

The company also hopes that the more prominent positioning of active friends encourages Messenger users to interact with people in real time more often, since it’s easier to scroll through a list of online friends than before. The app now stretches to encompass the iOS toolbar at the top of the screen, instead of stopping below the bar as before. 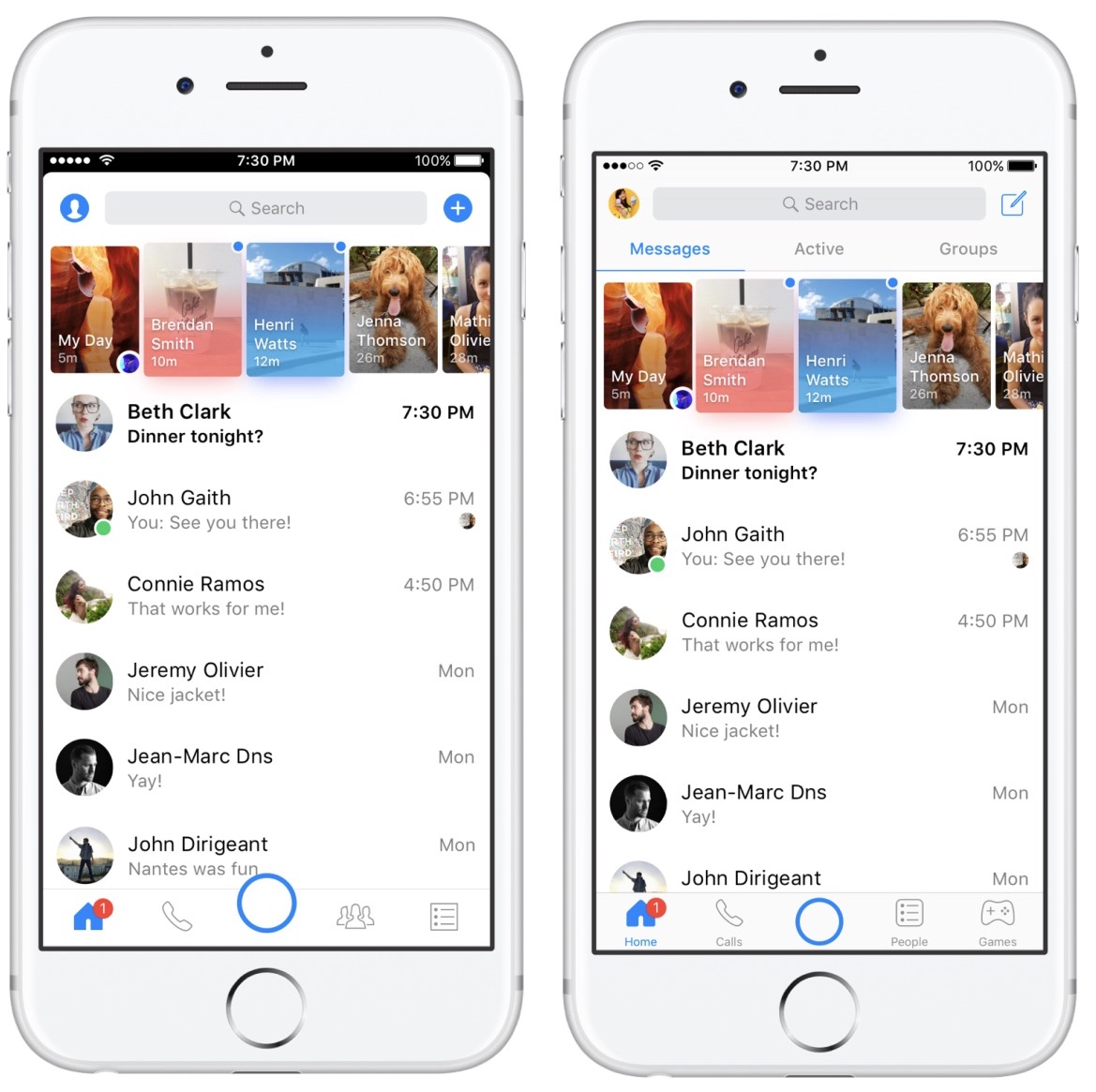 These changes are designed to make Messenger simpler for you – to help you get to your contacts quickly, jump into your conversations where you left off, start new chats, and stay up to date.

The tabs at the bottom of the iOS app now have descriptions as well, including Home, Calls, People, and Games, the last of which is another new addition to Facebook Messenger. Games within the app launched earlier this month, allowing users to play a variety of single-player and turn-based games directly within the app, similar to a few gaming apps on the iOS Messages App Store.

One aspect of Facebook Messenger that’s been decreased is its camera button, which used to expand above the dock at the bottom of the app but now sits flush and aligned with the rest of the tabs. Although the button now has less of an emphasis, Facebook Messenger’s Snapchat clone, Messenger Day, is remaining within the app, and all of the camera’s filters and masks will still be available to use. A Discover tab will be added as the app rolls out, in order to connect users with businesses, places, and services.

Facebook is also adding in iOS-like red dot badges for each new tab in Messenger, so whenever users log into the app and have a missed message or call, a badge will appear on the corresponding tab. The social network has begun doing this in its main app recently as well, urging users to tap on the new “Marketplace” and “Video” tabs with the same badges.

Facebook Messenger users can expect the changes to begin appearing on both iOS and Android this week.