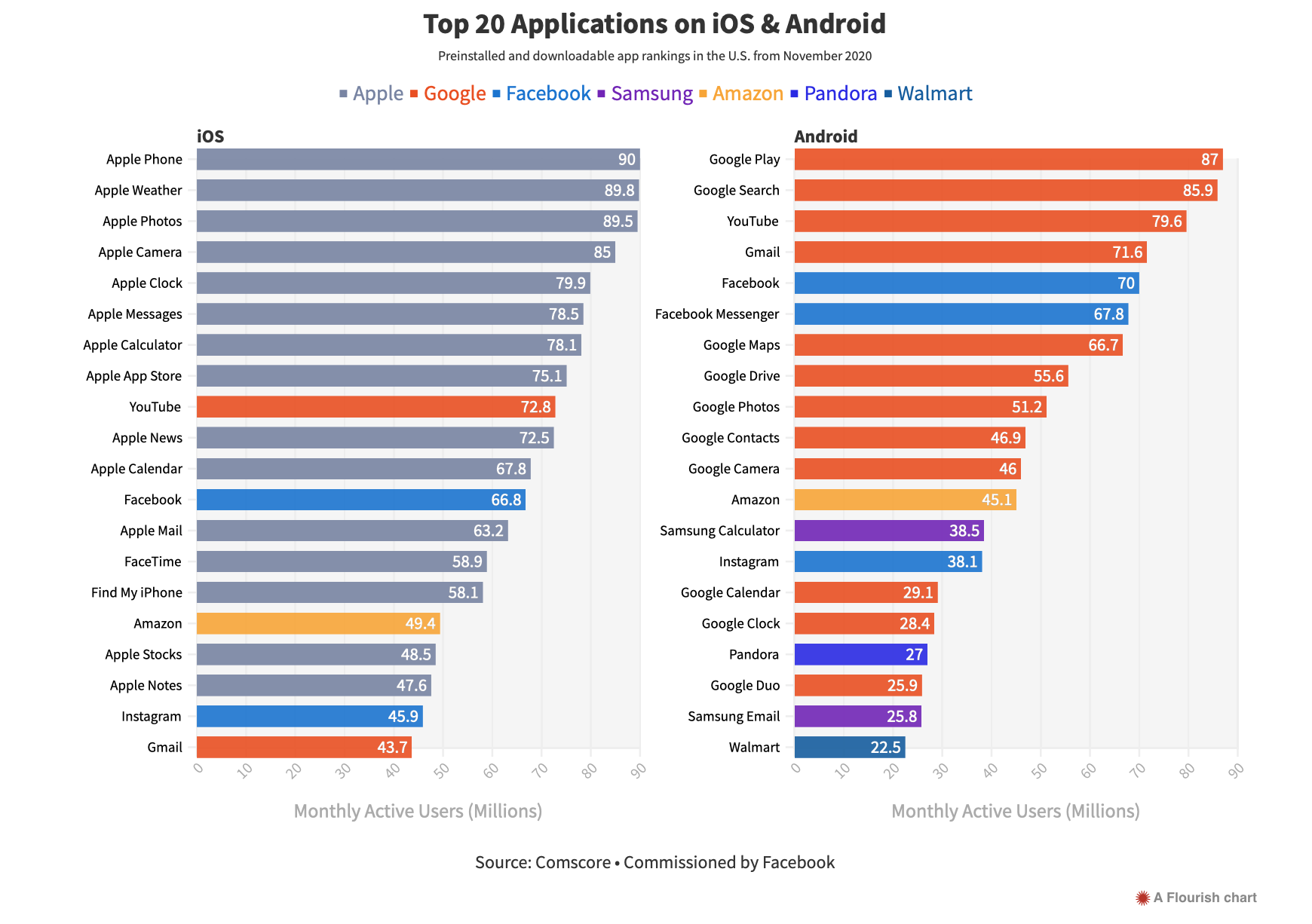 A new study has been published that aims to show how popular Apple and Google’s first-party apps are and to specifically make the case that they limit competition as they’re preinstalled. The Verge got an exclusive look at the study that was paid for by one of Apple and Google’s biggest critics. However, Apple says the study was “seriously flawed.”

Facebook paid Comscore to conduct the study that included asking about 4,000 people last fall how they use iOS with default and third-party apps.

The results found by Comscore line up with criticism Facebook has leveled at Apple and Google before – that preinstalled apps on iOS and Android dominate, particularly with basics like Messages, Clock, Photos, Weather, Camera, etc. iMessage is the one that Facebook has brought up concerns about most often.

And Apple is seeing pressure from legislators in the US and Europe about its pre-installed apps. That comes after Russia forced Apple to offer third-party apps on setup earlier this spring.

Here’s what Facebook had to say about the study:

Facebook paid for the Comscore study to show the “impact of preinstalled apps on the competitive app ecosystem,” according to company spokesman Joe Osborne. The social network’s executives have long criticized Apple’s limitations on third-party developers for hindering their ability to distribute mobile games and compete effectively with iMessage.

For its part, Apple says the methodology of the study was “seriously flawed in a number of ways” and was specifically designed to “give the false impression that there’s little competition on the App Store.”

Apple rejected the report’s findings. “This Facebook-financed survey from December 2020 was narrowly tailored to give the false impression that there’s little competition on the App Store,” an Apple spokesperson told The Verge. “In truth, third-party apps compete with Apple’s apps across every category and enjoy large scale success.”

Apple also said that the survey contradicted an April 2021 report from Comscore on app use but The Verge’s Alex Heath says that the more recent study “didn’t attempt to factor in the usage of all preinstalled apps like the Facebook-commissioned study did.”