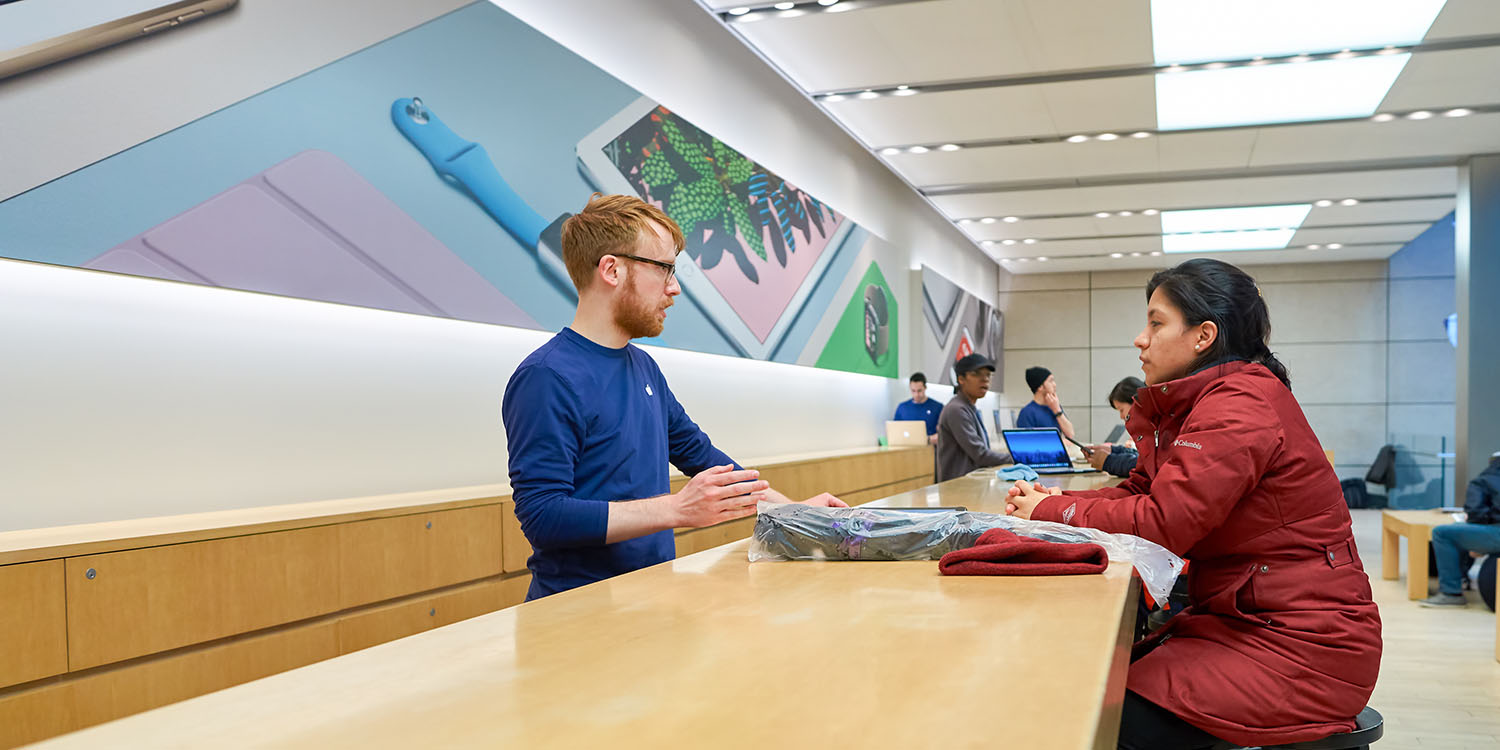 A small request for the Apple Store app …

I mentioned recently dropping into an Apple Store to see whether they might be able to replace my broken Watch on the spot. It turned out they couldn’t, as they all need to go to the repair depot even when it’s obvious that a replacement will be needed.

That disappointment aside, it was a relatively painless experience …

Despite the online booking system often showing no appointments available for around a week, they had some walk-in slots on this occasion.

I was told when I arrived that there were five people waiting, and that I’d likely be seen in around half an hour. I had a blog post to write, so was happy to wait. I went upstairs to the service tables and got to work on my iPad.

Thirty minutes later, I checked again and was told I was next in line – information the point person could see on their iPad. It struck me that would be useful info to make available to customers through the Apple Store app.

Having the Apple Store app show your actual position in line could be tricky, as I’m told that can be somewhat fluid. In particular, there are technicians who can help with iOS devices but not Macs. So it could easily be the case that you are next in line, but with an issue on which the first free technician isn’t trained, so someone else takes your place. Customers wouldn’t know why they are apparently being bumped down the line, and would likely get upset.

But it would be easy enough to use average service times and the number of Genius staff on duty to convert your line position to an approximate wait.

That time too might fluctuate or freeze, but I think that would be more understandable to people than losing their place. We’re all used to things like metro departure boards that remain stuck at 2 minutes for several minutes, and which sometimes jump from 1 minute to 5 minutes. So long as the app made it clear this was an approximate wait, I’d say that would be fine.

What’s your view? Useful, or annoying, given that it may not be wholly accurate? Please take our poll and share your thoughts in the comments.

Michael Potuck contributed to this piece.

Apple Watch Diary: Six things I already miss about my Apple Watch after just one day without it