Home General Feature Request: How iOS 14 should take iPhone multitasking to the next...
11673
SHARES
ShareTweet 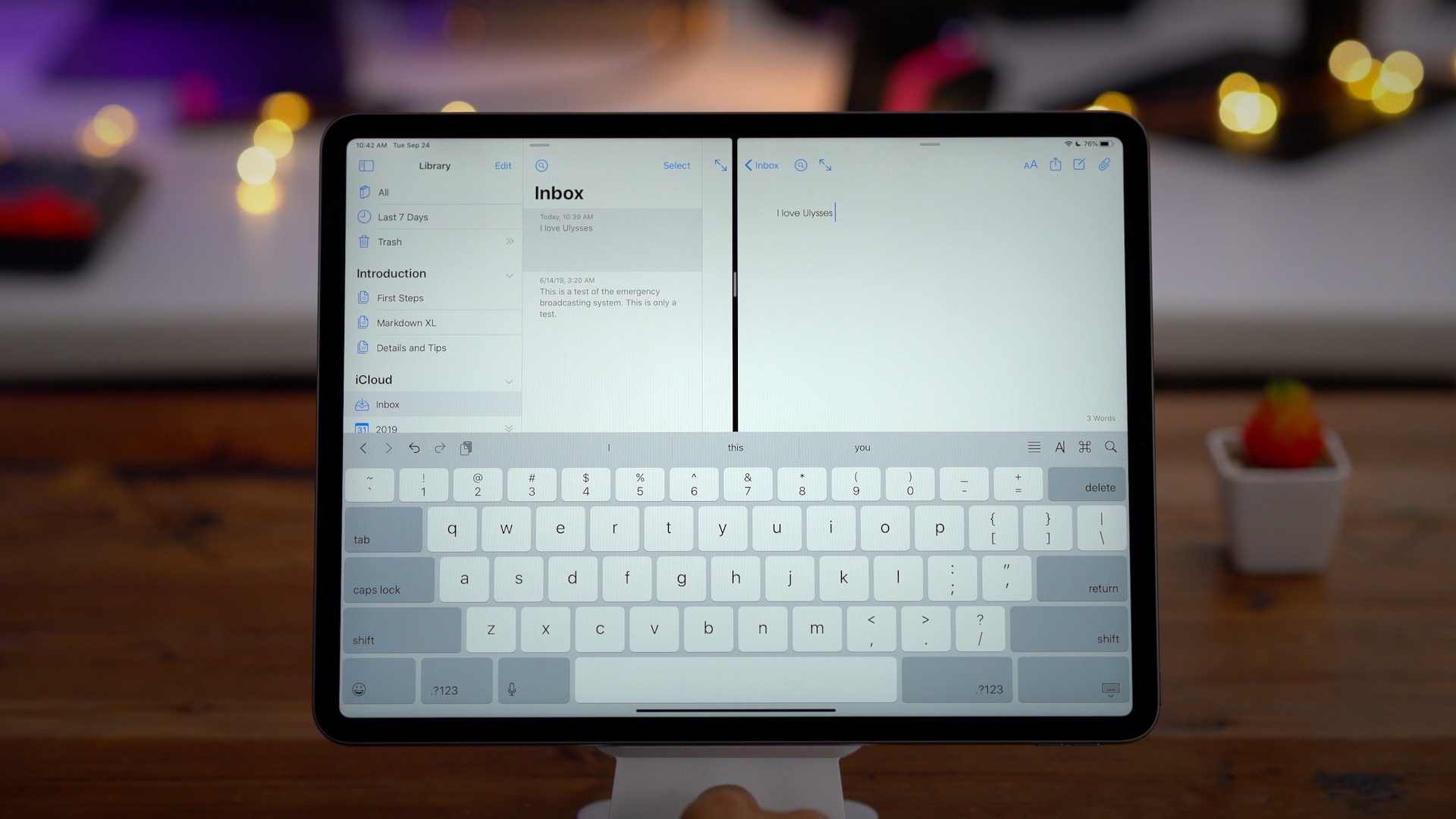 I’m a longtime iPhone user, back when iOS was called “iPhone OS” and had no homescreen wallpaper or multitasking at all. In 2010, iOS 4 brought multitasking to the iPhone for the first time and it was a massive addition, but 10 years later, things haven’t evolved much since then in this aspect. So I think it’s time for Apple to finally take multitasking on iPhone to the next level.

Let’s start at the very beginning. Before iOS 4, it was not possible to let any app run in the background on iPhone besides phone calls and music. If you closed an app, it was instantly killed right after pressing the Home button. That was understandable since the first iPhone and iPhone 3G had only 128MB of RAM (yes, you read it right, megabytes).

As the iPhone hardware has evolved, Apple decided to implement a multitasking system in iOS. It was a basic but also major feature for iPhone users. For the first time, we were able to switch between apps without losing any content.

If I was playing a game and then someone texted me, I could pause the game, answer it, and then go back to where I left off. It was fine 10 years ago, especially when you consider the hardware and the small screen of those old iPhones, but then Apple didn’t ever improve the multitasking in iOS again.

Sure, the app switcher has been redesigned, we now have Siri, interactive notifications, but the idea of multitasking on iPhone is still the same as it was in 2010. You need to stop what you’re doing to do something else. Even if you have the enormous iPhone 11 Pro Max as I do, with the impressive A13 Bionic chip, you’re still stuck with a multitasking system from the past decade.

A few months ago, I was in an Uber watching a live TV show on my iPhone, and I was very annoyed because I couldn’t comment on it with my friends or post anything on Twitter. If I did that, the video would stop playing immediately. That’s not a problem on iPad, for example, with Split Screen, Slide Over, and Picture-in-Picture.

So what’s “Pro” about an iPhone other than a larger screen and a telephoto lens? I want to be able to text someone while I’m watching a video, I want to be able to drag and drop content between apps, to open a website without leaving the conversation, and things like that.

I would be glad to have just Picture-in-Picture on my iPhone, but I know that Apple could do much more than that. The smallest iPhone available today, with the exception of the iPhone SE, has a 5.8-inch display — and rumors are pointing to an even larger 6.7-inch version later this year. Think about how iOS can benefit from all that.

In order to get a workaround to my personal problem I mentioned earlier, I found a web browser for iOS called “Dual” that allows you to open multiple side-by-side windows on iPhone. It’s not perfect, but it works, and it made me want even more iPadOS features on my iPhone, like having the ability to use two apps simultaneously. 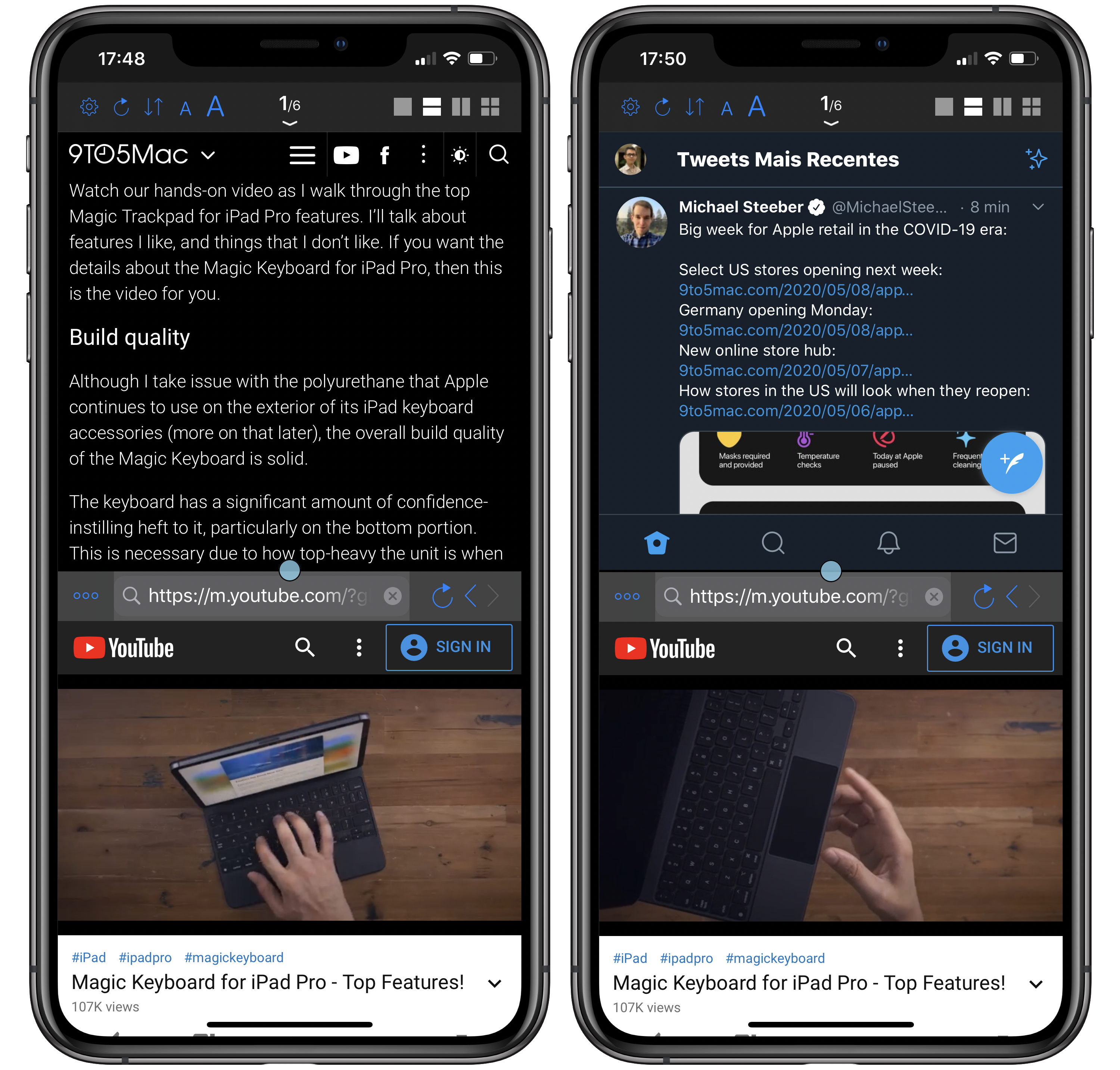 Of course, this is not intended for real work or to make the iPhone the next “PC replacement.” An iPhone would still be an iPhone, and some tasks are still better suited for an iPad or Mac. But with the iPhone hardware becoming increasingly advanced, it deserves some real “Pro” features to make our lives easier.

Unfortunately there’s no evidence that Apple is working on these features for iOS 14, but I’m hopeful for the WWDC in June. What do you think? Do you want a better multitasking system in iOS? Let me know in the comments below.