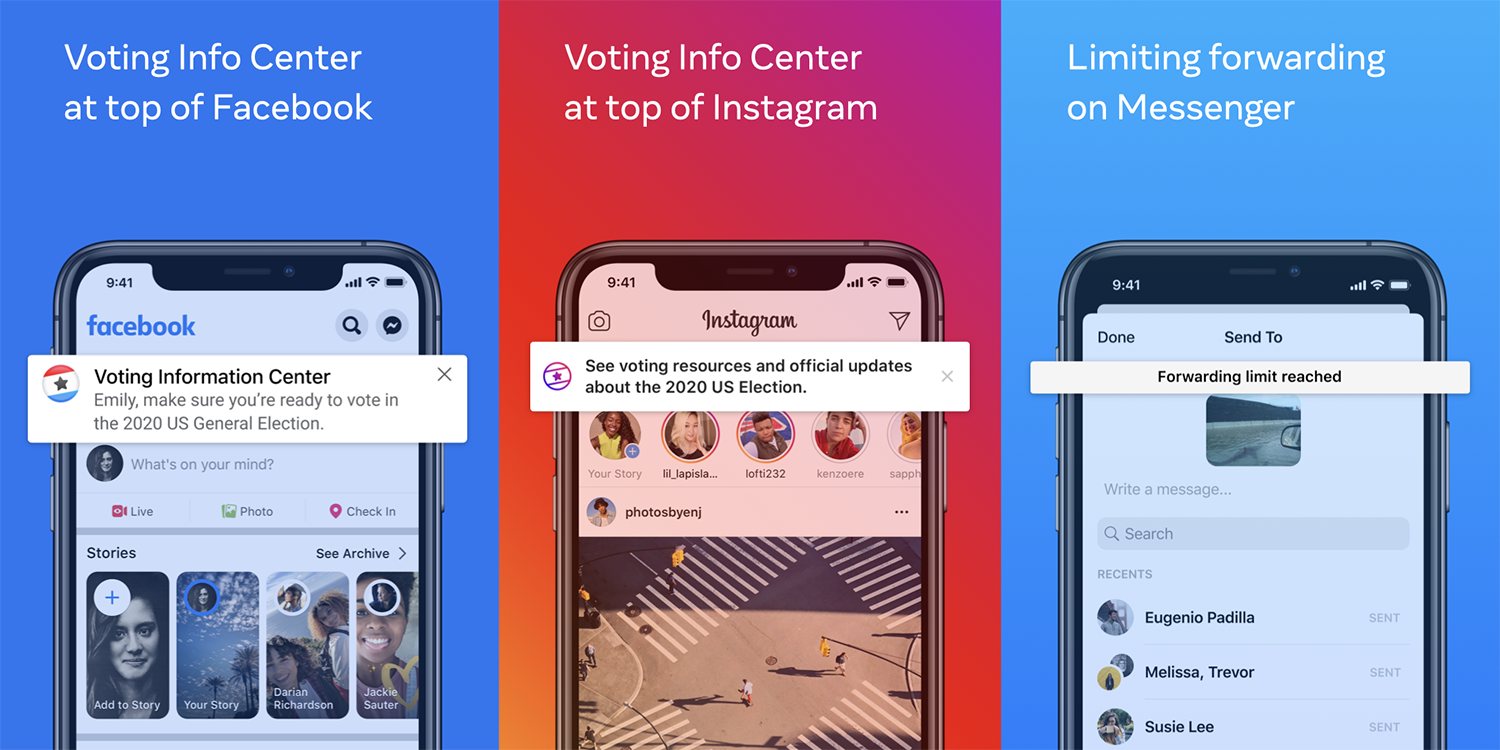 The social network says that it is implementing the same message-forwarding limit in Facebook Messenger that it previously introduced in WhatsApp. Currently, you can forward a message to 150 contacts at once, which makes it very easy for hoax messages to spread quickly. In the future, it won’t be possible to forward a message to more than five people at a time. WhatsApp still goes further, however, as it reduced the five-person limit to just one person back in April.

Both messaging services use end-to-end encryption, meaning the company can’t fact-check the content as it can’t read messages, but limiting forwarding makes it less likely for hoax messages to propagate.

CEO Mark Zuckerberg explained the reasons for the changes.

The US elections are just two months away, and with Covid-19 affecting communities across the country, I’m concerned about the challenges people could face when voting. I’m also worried that with our nation so divided and election results potentially taking days or even weeks to be finalized, there could be an increased risk of civil unrest across the country.

This election is not going to be business as usual. We all have a responsibility to protect our democracy. That means helping people register and vote, clearing up confusion about how this election will work, and taking steps to reduce the chances of violence and unrest.

Facebook is already running the largest voting information campaign in American history — with a goal of helping 4 million people to register and then vote. In just three days, we already drove almost 24 million clicks to voter registration websites. Priscilla and I have also personally donated $300 million to non-partisan organizations supporting states and local counties in strengthening our voting infrastructure.

Today, we’re announcing additional steps we’re taking at Facebook to encourage voting, connect people with authoritative information, and fight misinformation. These changes reflect what we’ve learned from our elections work over the past four years and the conversations we’ve had with voting rights experts and our civil rights auditors:

However, many are criticizing the fact that Facebook still accepts political ads making claims it knows to be false.

Facebook (FB) will continue to allow campaigns to run ads bought before the final week. Those ads can still run through Election Day. And Zuckerberg made no indication that Facebook would change its policy of allowing politicians to lie in targeted ads, meaning political candidates will be able to run false ads on the platform up until election day.

Just to be clear about this: Facebook says it is concerned about misinformation influencing the election, but it will continue to accept money from politicians who want to tell lies in order to influence the election.