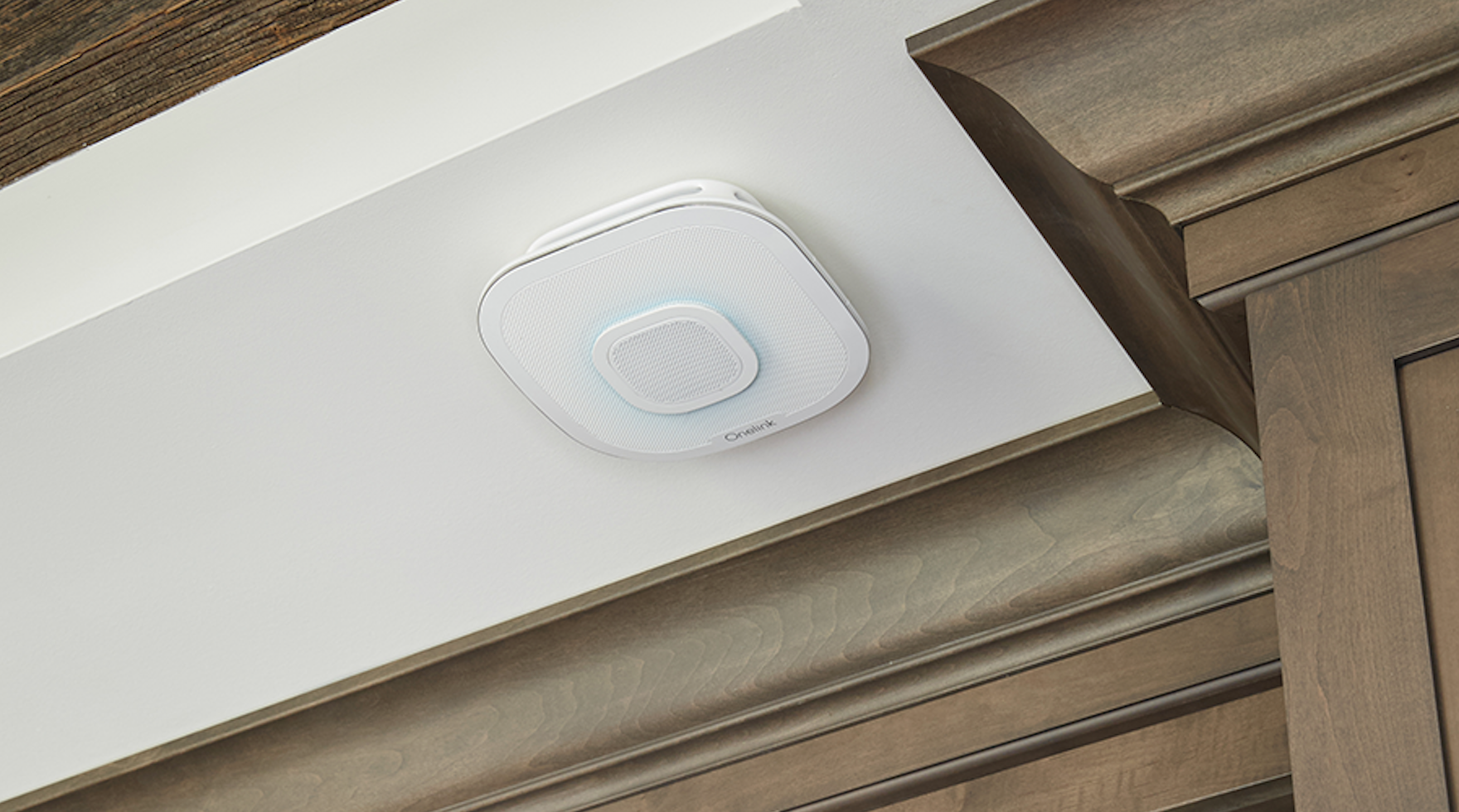 The update is rolling out now to all Onelink Safe and Sound owners. You can choose the device as a playback option through media applications on iOS such as Apple Music. The company explains:

AirPlay 2 enables a wireless multi-room audio system, creating an easy way to stream music anywhere in the home to different iOS and other AirPlay 2 compatible devices. Users can select where the music is playing in Control Center on an iOS device or simply ask Siri to play music in a specific room, or the whole home.

The Onelink Safe & Sound provides consumers with a great sound experience using ceiling placement as a natural acoustic backdrop. Once installed, users can play or stream their music from an array of services, including Apple Music, Spotify or Pandora.

The First Alert Safe and Sound already supported HomeKit integration. This allows users to view its status in the Home app and get push notifications if smoke or carbon monoxide are detected. With AirPlay 2 support, the device can also tie into HomeKit-enabled scenes and start playing music as well.

First Alert’s Safe and Sound has grown popular thanks to its three-in-one design, which packs a smoke detector and carbon monoxide detector alongside a built-in speaker. The addition of AirPlay 2 fulfills the promise made by First Alert in 2018, and makes the Safe and Sound even more appealing for Apple users.

The Onelink Safe and Sound is available on Amazon for under $200. The Onelink app for iOS is a free download on the App Store. Read the full press release here.