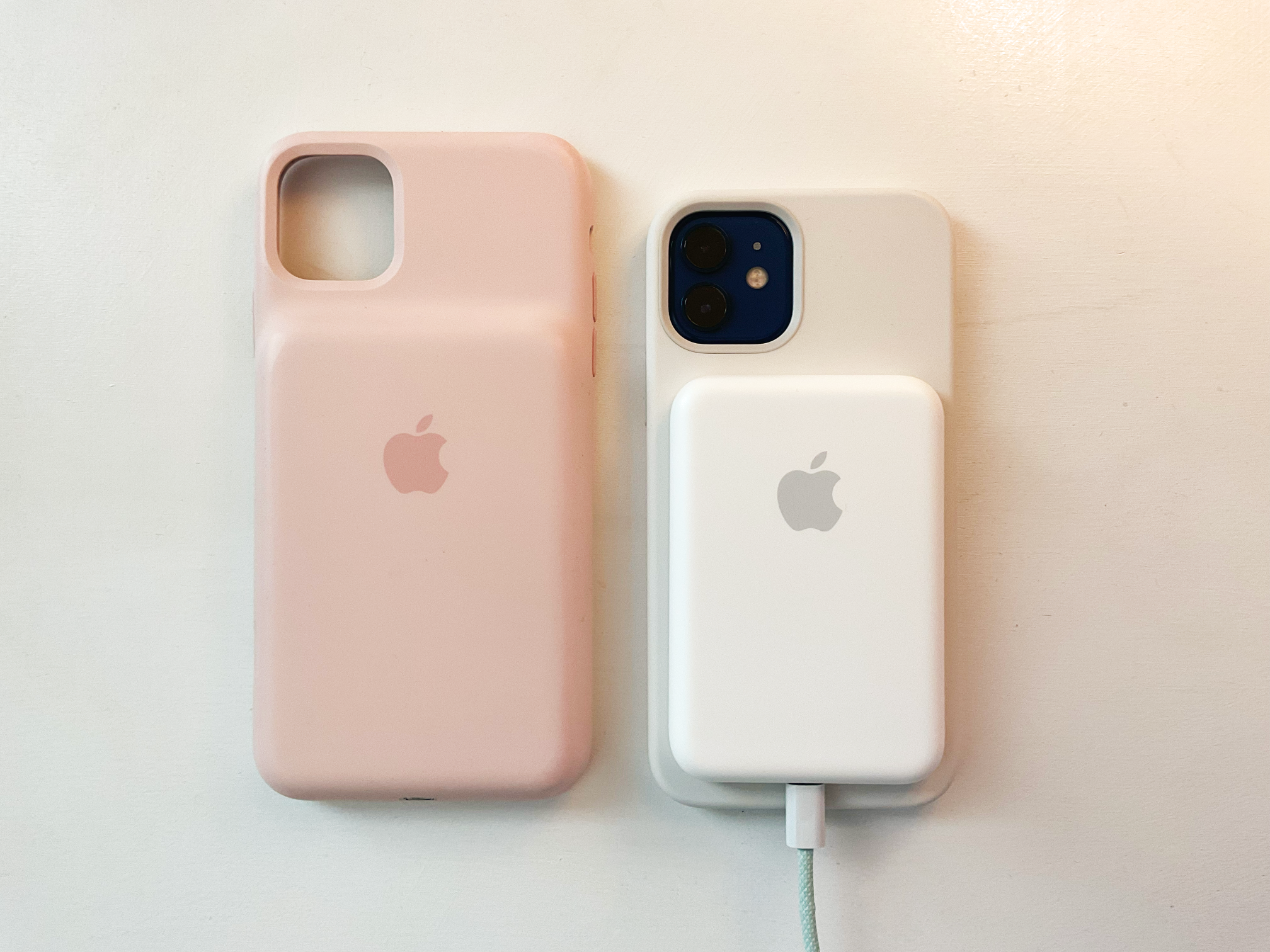 When Apple first unveiled the iPhone 12 and MagSafe back in October, it immediately hit me that the perfect use case was for battery packs. Finally, nine months later, an official Apple MagSafe battery pack is here. We’ve got our hands on one and have plenty of thoughts to share.

First and foremost, the battery pack isn’t silicone like Apple’s previous smart battery cases. It’s a soft-touch plastic that feels unlike any other existing Apple product. In fact, it feels almost like the inside of the original 2006 white MacBook. The white soft-touch plastic is also an entirely different shade of white than Apple’s white silicone case. It’s much lighter and much more explicitly white. So if you were planning on using the MagSafe battery pack with a white MagSafe case, just know that they don’t quite match. It won’t look as seamless as the old white smart battery cases.

The battery pack itself is thicker than the iPhone 12 inside of a MagSafe silicone case. It’s pretty chunky. It’s also fairly heavy and certainly adds a bunch of weight to your light iPhone 12 or iPhone 12 mini. It certainly will make the stainless steel pro models feel even heavier than they already do. But keep in mind that this battery pack is easily removable — that’s the main benefit of MagSafe. Unlike the old battery cases, you can keep a case on and remove the battery when you don’t want the extra weight.

The MagSafe battery pack snaps right onto the back of your iPhone 12 like the MagSafe wallet, although the magnets are significantly stronger. While charging both the battery pack and the iPhone together, you can feel the battery get warm. This shouldn’t be surprising given that the battery is using Qi charging coils.

Since the MagSafe battery pack is basically just a Qi charger with magnets, it can charge any other Qi-compatible device. For example, you can plop your AirPods or AirPods Pro on the MagSafe battery pack if you remove it from your iPhone. Technically you could also charge Android phones, older Qi-compatible iPhones, and other wireless earbuds with Qi charging cases. This is a really great bonus that comes with the battery being easily removable.

When charging your AirPods on the MagSafe battery pack, you’ll see their charge status in the battery widget as well. This is expected behavior, of course, since they already do that when on another Qi charger.

The MagSafe battery pack is far from perfect. It’s thick, and it’s heavy, but it provides necessary utility. This is an Apple product that absolutely tackles function first and form second. There are surely plenty of reasons behind Apple’s decisions with this accessory, particularly due to limitations and safety concerns that come with Qi technology. The battery itself weighs about a quarter of a pound, so it’s not particularly light. It’s 2.5″ x 3.75″ and just under half an inch thick.

If you charge your iPhone using an iPad Air or iPad Pro, keep in mind that you cannot charge it when the MagSafe battery pack is connected. You can charge them separately, but not together.

In terms of battery capacity, we expect that the MagSafe pack can recharge an iPhone 12 mini entirely while it can likely recharge the other three models enough to save you in a pinch. We’ll be back in a few days to let you know how the battery performs, but it’s too early to tell.

Are you picking up a MagSafe battery pack for your iPhone 12? Let us know in the comments below!