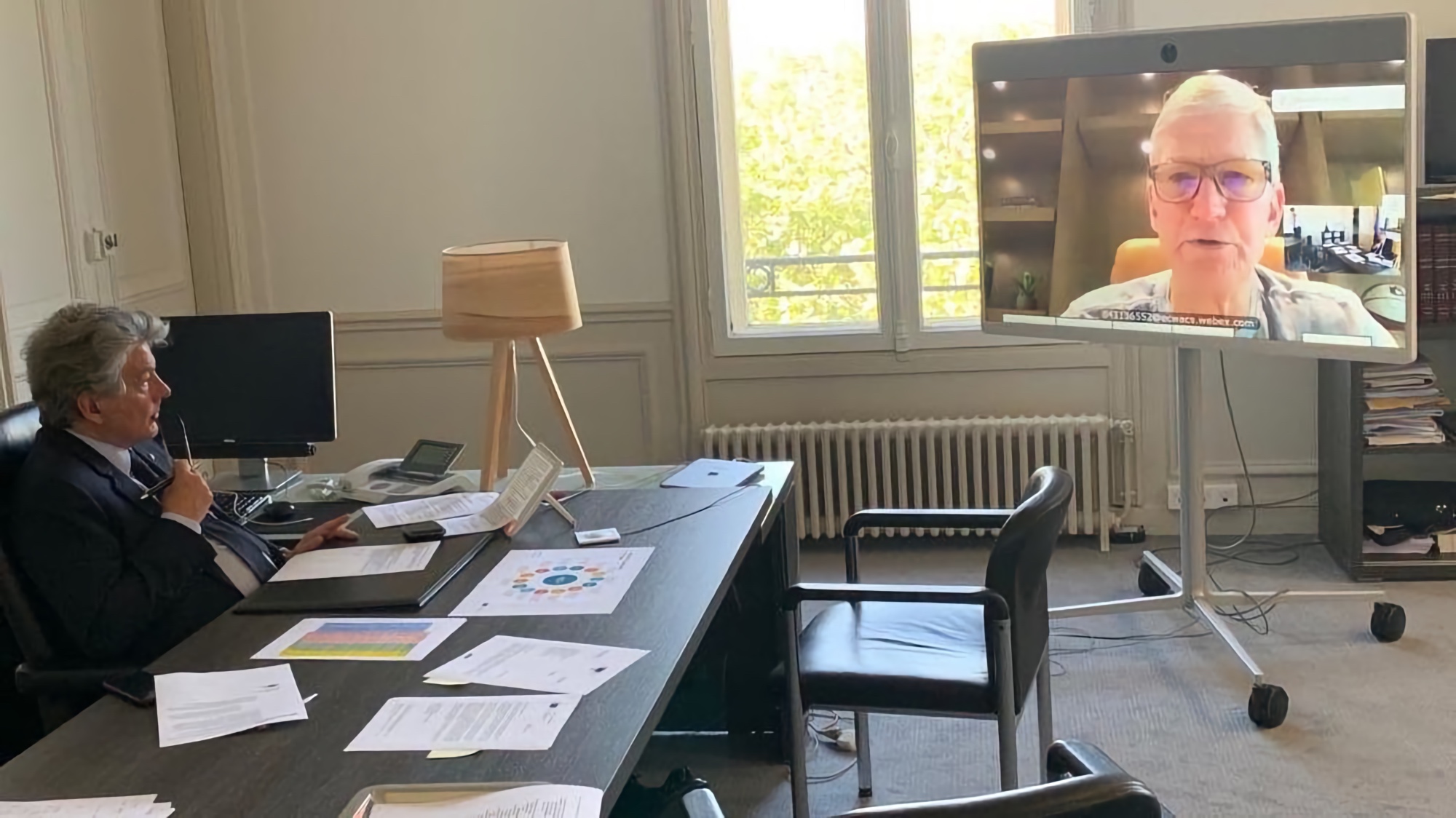 Tim Cook held talks with European Commissioner Thierry Breton yesterday regarding the upcoming contact tracing frameworks, that Apple and Google are jointly collaborating on. The companies announced a privacy-preserving API that allows devices to be notified when another user’s device who reports positive for COVID-19 was in close proximity, based on Bluetooth, without sharing the identities of said user.

However, some governments want more data like location information and user identification. Breton said that tech companies should do everything possible to develop solutions for the national use cases, but did not mention specific cases. As reported by iGeneration, Cook also announced a new date for the rollout of the contact tracing API.

In a press conference following the call, iGeneration reports that Breton said Cook told him that the first version of the contact tracing API will be available on April 28.

The original press release, dated April 10, committed to making the technology available in May. The companies may have prioritized development as some countries look to ease lockdown measures in May.

The contact tracing framework will be deployed as an update to Google Play Services on Android, and as an iOS software update for Apple devices. Apple has said it wants to make the technology available to as many people as possible, or at least every active Apple device that has the appropriate Bluetooth stack. This implies Apple will be releasing OS updates to at least iOS 13 and iOS 12.

In addition to the privacy provisions, the feature will be opt-in. The operating system will prompt users if they want to participate in contact tracing. Users will also need to download the respective public health app for their region. This app will collate the anonymous Bluetooth identifiers and can push alerts if a COVID-19 positive case is tracked nearby. Apple will not be approving any App Store app to use the contact tracing API, enforcing that there will only be one app supplied by the appropriate government health organization for each geographical region. Users will not be able to report themselves as positive without some kind of medical verification, to prevent trolling and abuse of the system.

In a phase two followup, said to follow in the months ahead, Apple and Google will build parts of this system directly into the OS. This means an app download won’t be needed to get contact tracing proximity alerts. The companies are rolling out this feature in two phases due to the urgency of the global crisis, and the OS integration would take longer than a month to implement.

Countries like France want Apple to ease iOS restrictions and allow it deeper access to the hardware, such as full access to Bluetooth when the app is backgrounded. This would allow them to ignore the sanctioned contact tracing framework and instead implement somethngn different with alternative policy decisions about how much data to collect and share from each user.