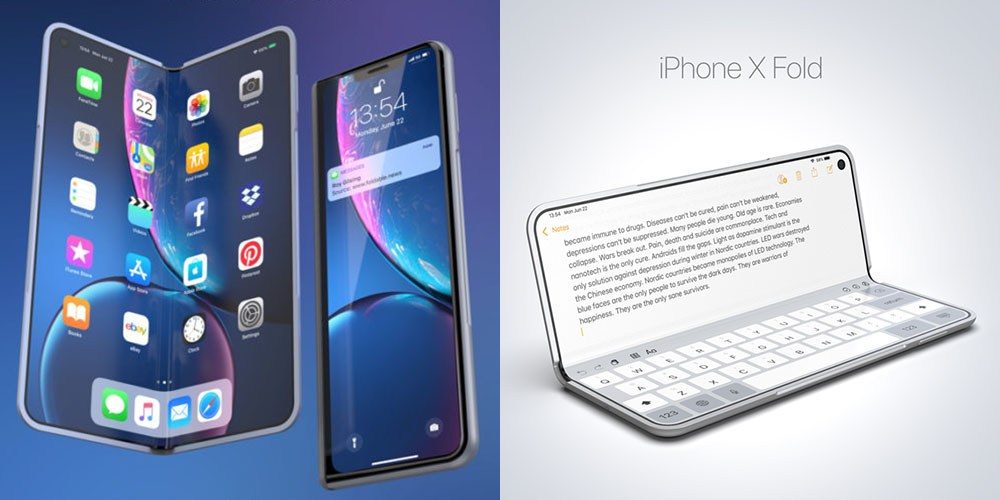 Apple is ‘steadily working’ on the technology for folding devices, claims UBS in a new investor note. It suggests that a folding iPhone is in the works, but Apple will probably launch a folding iPad first.

It says that while the first such device might be released in 2020, it believes 2021 is more likely…

UBS said Samsung “dominates” intellectual property filings for folding display and device technologies, and the bank expects “Samsung will lead the way for foldable adoption as a smartphones vendor.”

Unsurprisingly, it says that price is the biggest obstacle to adoption. Customers are willing to pay a premium for folding devices, but nothing like the $2,000 price of Samsung’s ill-fated Galaxy Fold.

The survey found that most consumers were willing to pay $400-500 extra for a folding device, though Apple owners would pay a little more.

“Price remains the key hurdle in most consumers’ minds, while the adequate average premium vs regular smartphones surveyed to be c. US$400-500,” UBS analysts wrote in a note to investors.

“This suggests that the industry will need to work to further reduce costs for foldable mobile devices to take off as a products category,” UBS said.

The bank said that the idea of a folding smartphone held ‘reasonably high’ appeal for more than a third of consumers, with China likely leading demand.

There have been a number of Apple patents for foldable devices, with reports that the company is actively working on the tech. We’ve seen concept images for both a folding iPhone and a folding iPad.

One thing’s for sure: Apple will want to be a lot more careful than Samsung. The Korean company has had a deeply embarrassing experience over the (non-)launch of the Samsung Galaxy Fold.

While pre-orders went well, it was just 48 hours before major problems were found as reviewers tested the device back in April. Samsung initially said it was delaying the launch until May before it canceled pre-orders. The company then talked about a July launch, an idea that didn’t last long. The latest claim from Samsung is that the Fold will launch in September — we’ll see!