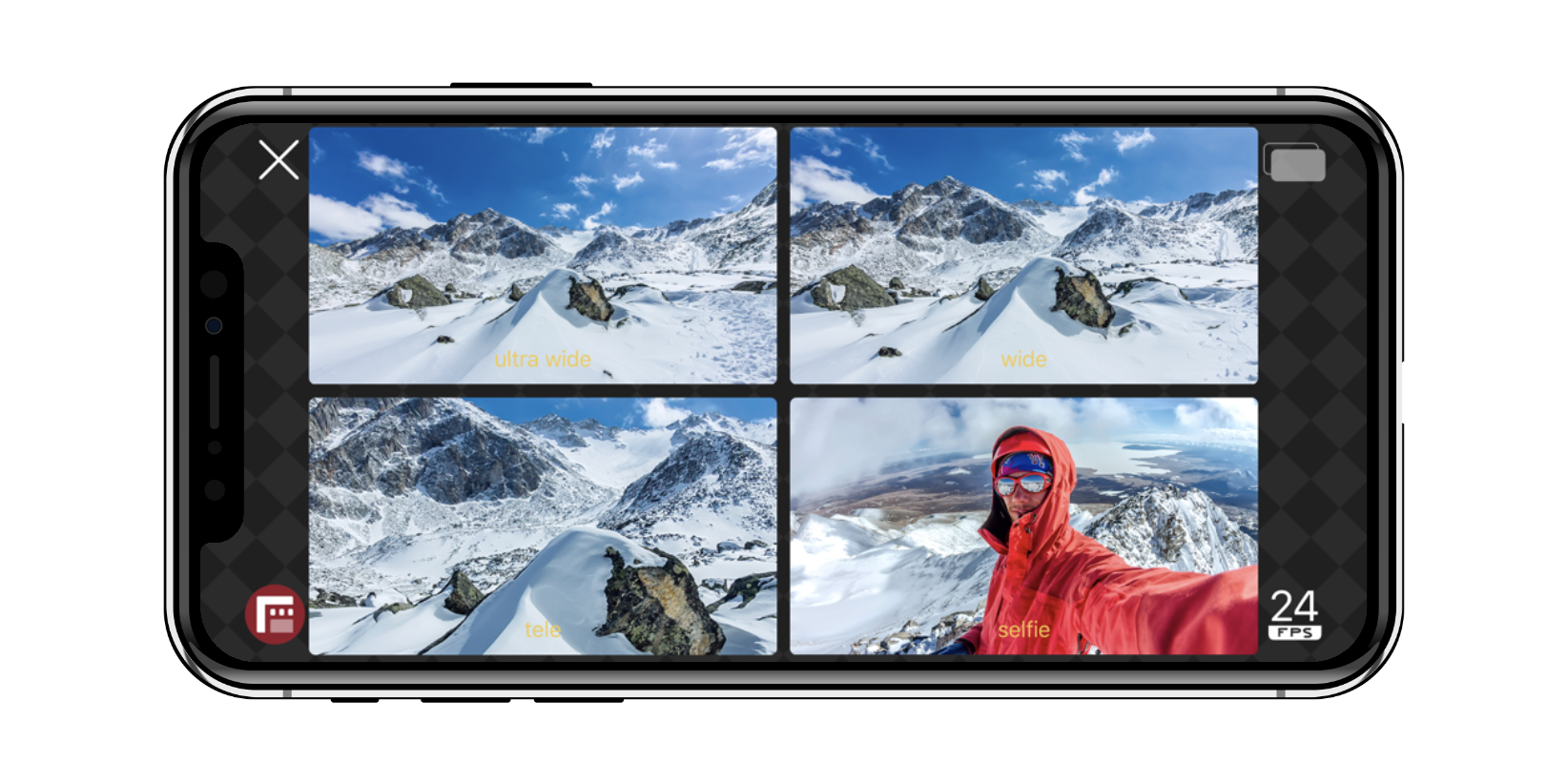 At the iPhone 11 event in September, Apple showed off a demo from the makers of FiLMiC Pro — the ability to preview and record video from multiple cameras on the iPhone at the same time.

This functionality has today been released as a new free application called DoubleTake. The app allows you to capture simultaneous video from two cameras, compatible with iPhone 11 Pro, iPhone 11, iPhone XS and iPhone XR.

When Apple brought the developers up on stage at the September event, the pitch was that the feature was to be integrated as part of the FiLMiC Pro app. That is still the plan, but it missed its initial release deadline so the company is releasing the feature as an independent app today, and the multi-cam mode will make its way to FiLMiC Pro later this year.

Using the new iOS 13 APIs for multi-cam video, DoubleTake can visualize shots from all four cameras on the iPhone 11 Pro (ultra-wide, wide, telephoto and front camera) and let the filmmaker pick the two angles that they want to record from.

When recording, you can choose split-screen or picture-in-picture layouts.

DoubleTake is by no means the first multi-cam app to hit the market (DuetCam launched soon after iOS 13 last year) but it’s a nice competitor in the space with a fresh UI and some advanced editing controls like unified exposure, a live histogram, and the ability to set focus with exposure lock.

Especially as it is a free download, DoubleTake is worth getting. Multi-cam is a bit of a novelty, but I feel like the feature will be more valuable when it is eventually integrated into the full FiLMiC Pro editing app.