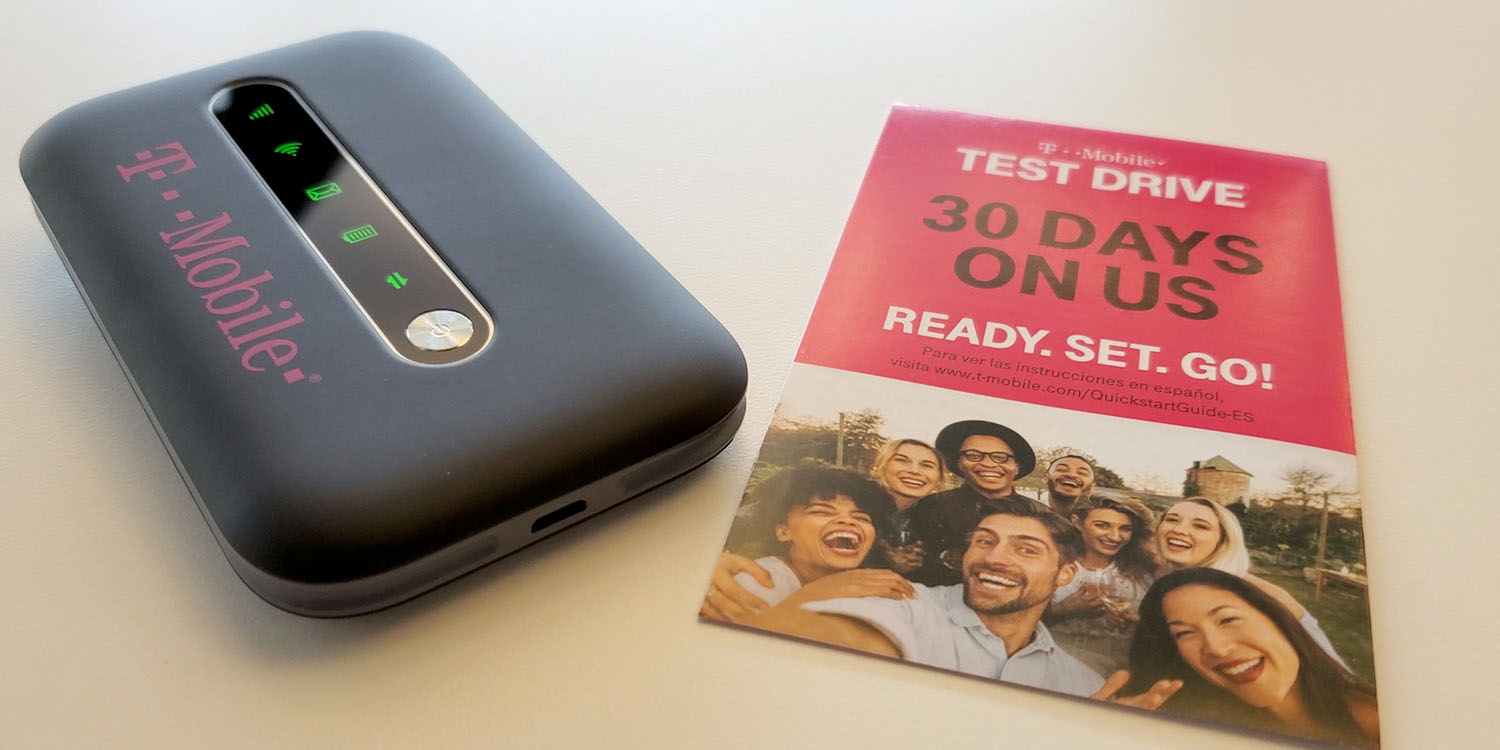 T-Mobile is offering customers of other carriers a free mobile hotspot device, together with a free data plan lasting 30 days or 30GB, whichever comes first.

The hotspot is similar to devices that sell for around $30, and T-Mobile says you can keep it afterwards – though there’s likely a catch to that…

The offer is the latest incarnation of T-Mobile’s Test Drive program, intended to let customers of rival carriers see for themselves how the company’s data coverage and speeds compare. It’s aimed at those currently with Verizon, AT&T, Sprint, Xfinity Mobile, or smaller carriers.

Back in 2014, the T-Mobile Test Drive let you get an iPhone 5s on loan for a week. The hope was that people would be sufficiently impressed to buy the phone as well switch networks.

The latest deal isn’t intended to sell you any hardware, but rather to persuade you to switch your contract from your existing carrier to T-Mobile.

Why can’t you try before you buy? At T-Mobile you can. Try the network free on any carrier’s phone, and see how the Un-carrier’s newest, most powerful signal — 600 MHz — goes farther than ever before.

T-Mobile is amping one of its original Un-carrier moves — Test Drive —and giving consumers a chance to try the Un-carrier’s expanded LTE network free for up to 30 days using their own smartphone. Plus, T-Mobile is launching a major new ad campaign underscoring the company’s newest, most powerful signal. No signal goes farther or is more reliable.

84% of people want to try a wireless network before they switch carriers. Yet, wireless is one of the only industries in the world that forces customers to buy before they try. T-Mobile is out to end this backward practice, in part because the Un-carrier has nothing to hide.

The benefit of the hotspot approach is that you can continue to use your own phone.

T-Mobile says you can return the device or not as you like at the end of the trial.

After the trial, drop the hotspot off at any T-Mobile store or hand it off to a friend. Hell, put it under that wobbly table leg. That’s it.

However, before you start thinking that’s a sweet way to score a free mobile hotspot device, it’s a pretty safe bet that you can’t use it with any other carrier. But still, 30GB of free data is not to be sniffed at.