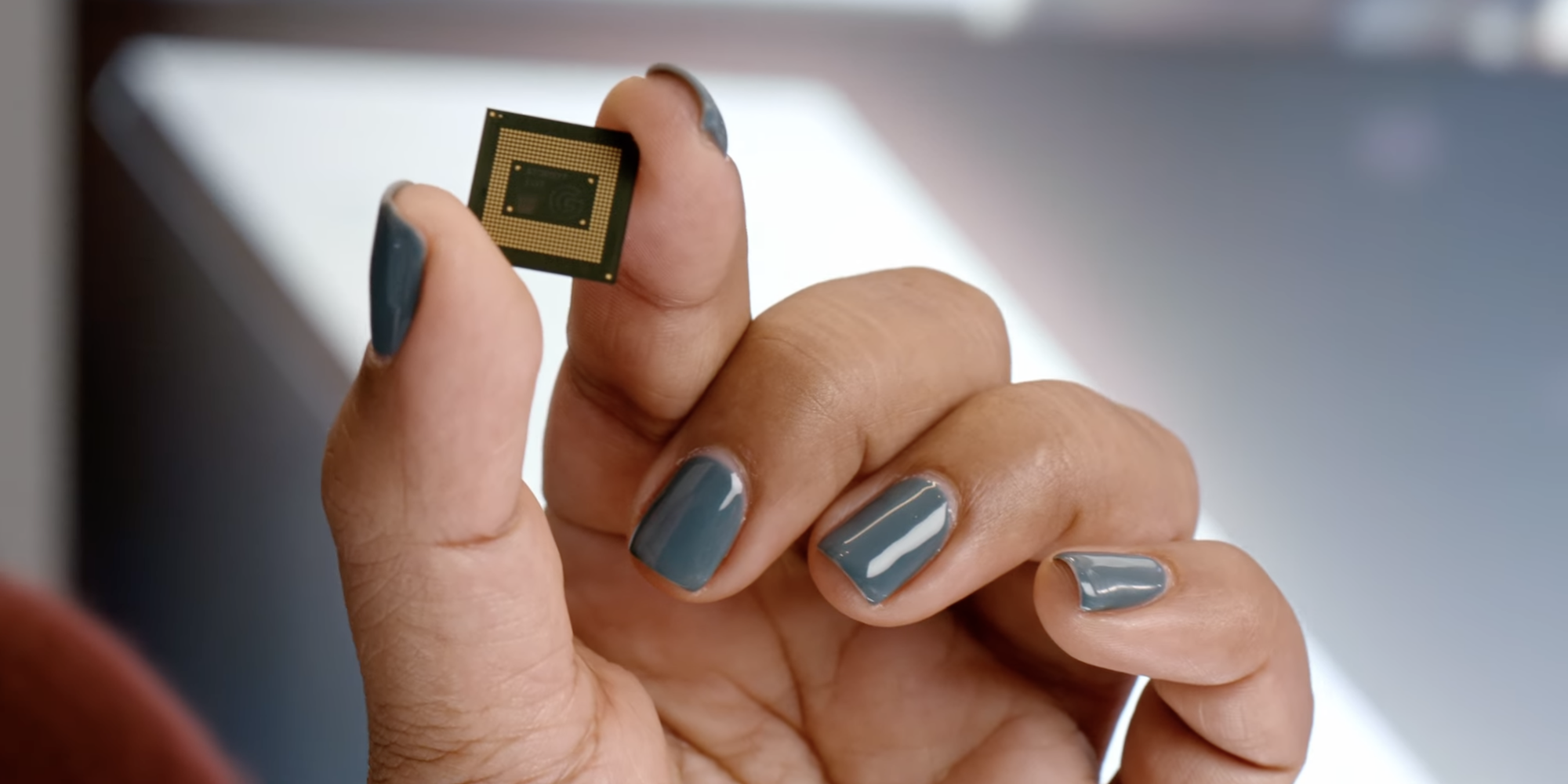 It starts with Tensor, or what Google called the “biggest mobile hardware innovation in the history of the company.” Google is not competing on performance, like Apple’s A series of chips, but rather wanted an SoC optimized for running its machine learning algorithms and the resulting user-facing features.

The Tensor chip is specifically designed to offer Google’s latest advances in AI directly on a mobile device. This is an area where we’ve been held back for years, but now we’re able to open a new chapter in AI-driven smartphone innovation. Tensor also gives us a hardware foundation that we’ll be building on for years to come, so you get the personal, helpful experiences you’d expect from a Google phone.

This includes a local speech recognition model that uses “half as much power” when running on Tensor. It powers an “Assistant voice typing” experience that lets users edit what they’ve transcribed in an entirely hands-free (and offline) manner. This includes being able to “Send” with your voice, say “Clear” to remove the last sentence, and use “Next”/”Previous” to move through text fields. Meanwhile, you can spell letter-by-letter when mistakes are made, and there’s also easy emoji insertion.

Call Screen, where your Pixel automatically answers unknown calls and asks them to state their purpose, is also more accurate with Tensor, while translation gets a big upgrade. Google says translation quality improved 18% thanks to Tensor, with that jump usually taking “multiple years of research.” Other features include:

The Pixel 6 is also heavily leveraging Tensor for the camera. Google says the chip allows the signature Pixel look and photo quality to come to video. Its HDRnet algorithm can be processed live on 4K 60FPS video for “excellent” color accuracy with improvements to vividness and stabilization.

Meanwhile, still photography benefits from features like “Face Unblur.” If there’s a face in a scene that has a lot of motion but not enough light, Google will activate the ultrawide camera to take a second picture when you tap the shutter on the main lens.

The main image uses a normal exposure to reduce noise, and the ultrawide uses a faster exposure that minimizes blur. Machine learning fuses the sharper face from the ultrawide with the low-noise shot from the main camera to get the best of both into the image.

Other tools include a Magic Eraser in Google Photos that can remove photobombers and other undesired objects. Meanwhile you quickly capture Long Exposures that creatively blur a moving subject, while “Action Pan” does the opposite for the background.

In terms of specs, the key differences between the Pixel 6 and 6 Pro are below. In past years, Google offered two phone sizes with similar specs (outside of the battery and screen). In 2021, the Pixel 6 is pursuing a more iPhone-like strategy by offering a model with more advanced hardware and expensive price.

Meanwhile, the color choices are similar with the cheaper offering getting playful shades (coral, green, and black), while the premium version is more staid with gold/yellow, white/silver, and black. There’s also no charger included in the box for minimalist packaging that just consists of a USB-C cable and USB-C to USB-A adapter (for Lightning).

Of course, one thing that differs from Apple is how the Google Store is having a very hard time letting people actually buy the Pixel 6. It starts at $599 in the US for a 128GB model without mmWave, while the 6 Pro starts at $899.