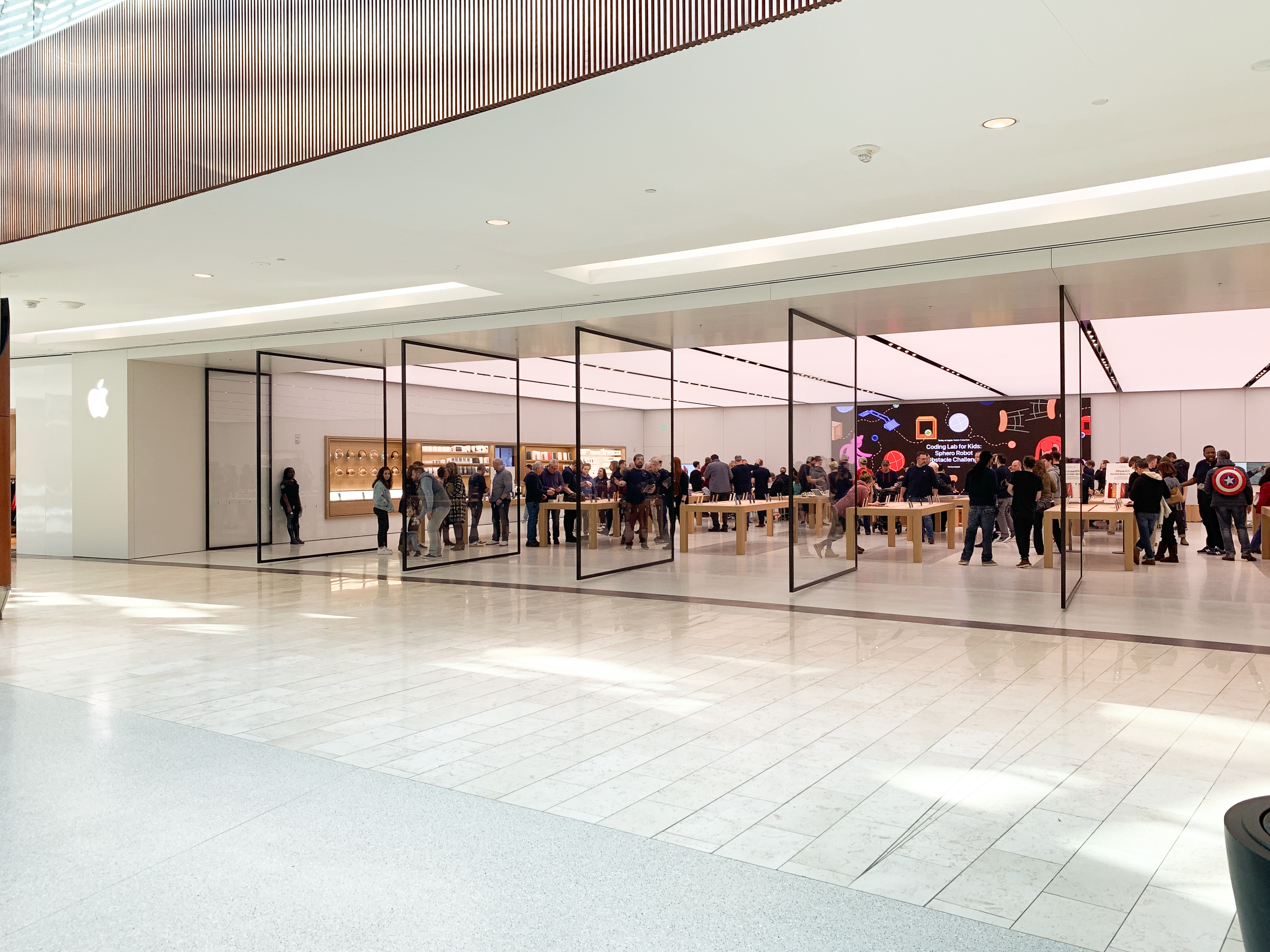 Apple’s first retail expansion of 2019 is complete. Customers and team members in Natick, Massachusetts celebrated the grand reopening of Natick Mall’s Apple Store today after just under nine months of renovation work. The redesigned store offers more than twice the space of the previous storefront. 9to5Mac reader Dakota Allen visited the new space and shared photos of the redesign.

A brand new Forum, Video Wall, and signature pivoting glass doors welcome shoppers to the new Apple Natick Collection. Natick’s store is the 7th out of 11 stores in Massachusetts to be updated with Apple’s contemporary design language. Like all recent designs, the space is significantly wider than it is deep, opening the storefront to its surrounding environment.

In order increase customer capacity, Apple absorbed a former J.Crew store next door. The expanded store is now nestled directly between Uniqlo and Microsoft on the first floor. Oddly, Apple is still using the name “Natick Collection” to describe the store, despite the mall’s name reverting to “Natick Mall” in 2011. 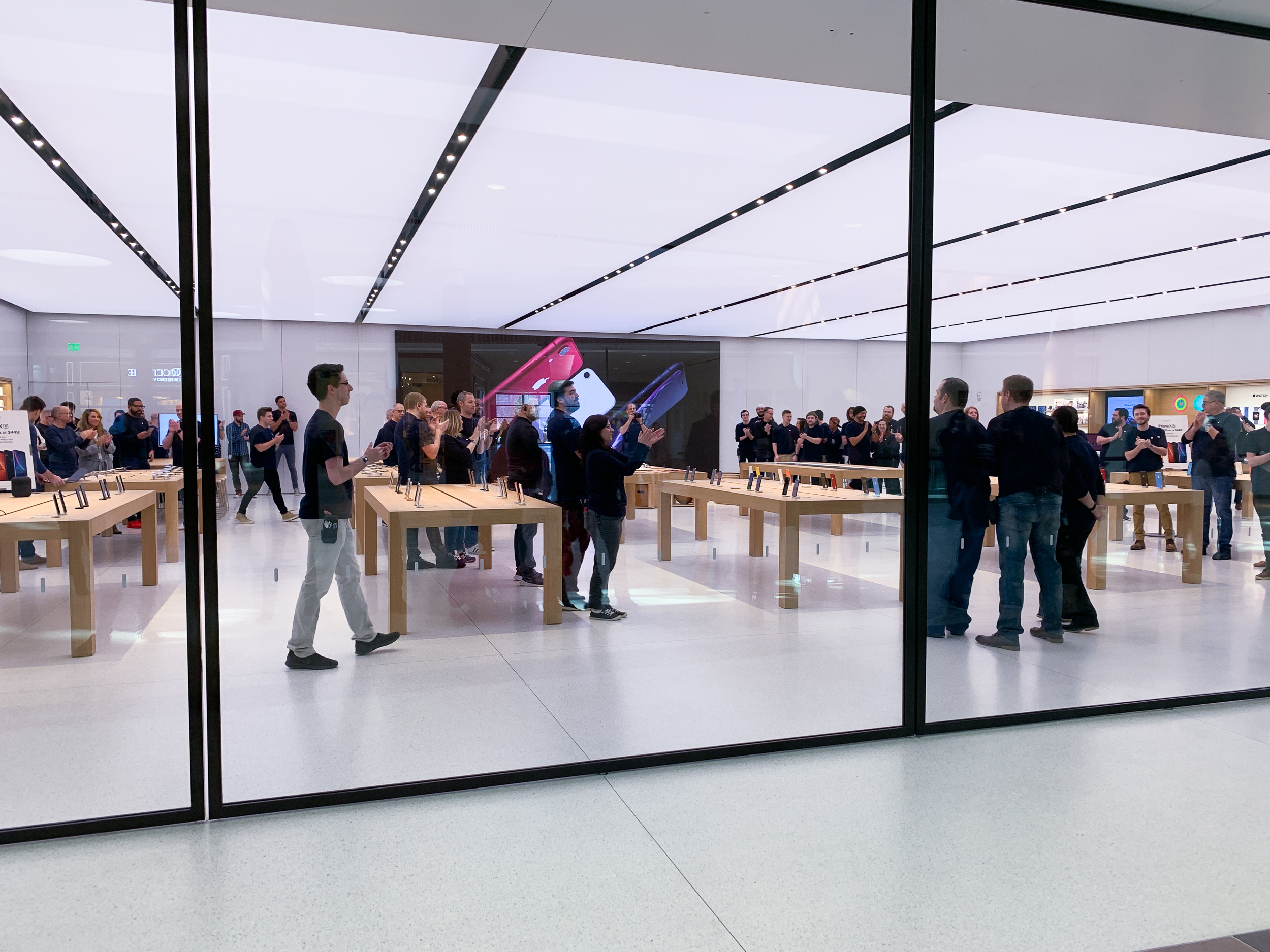 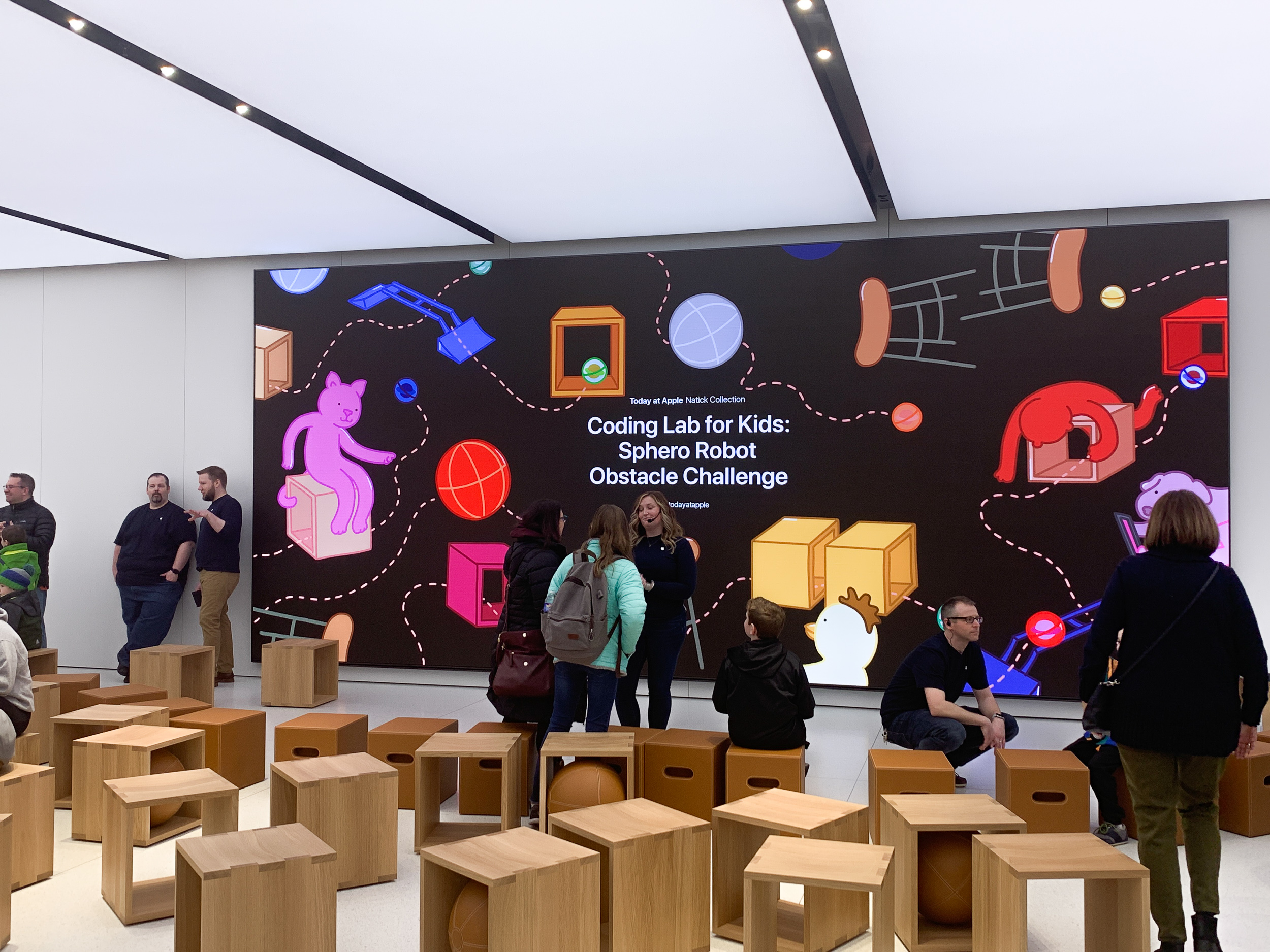 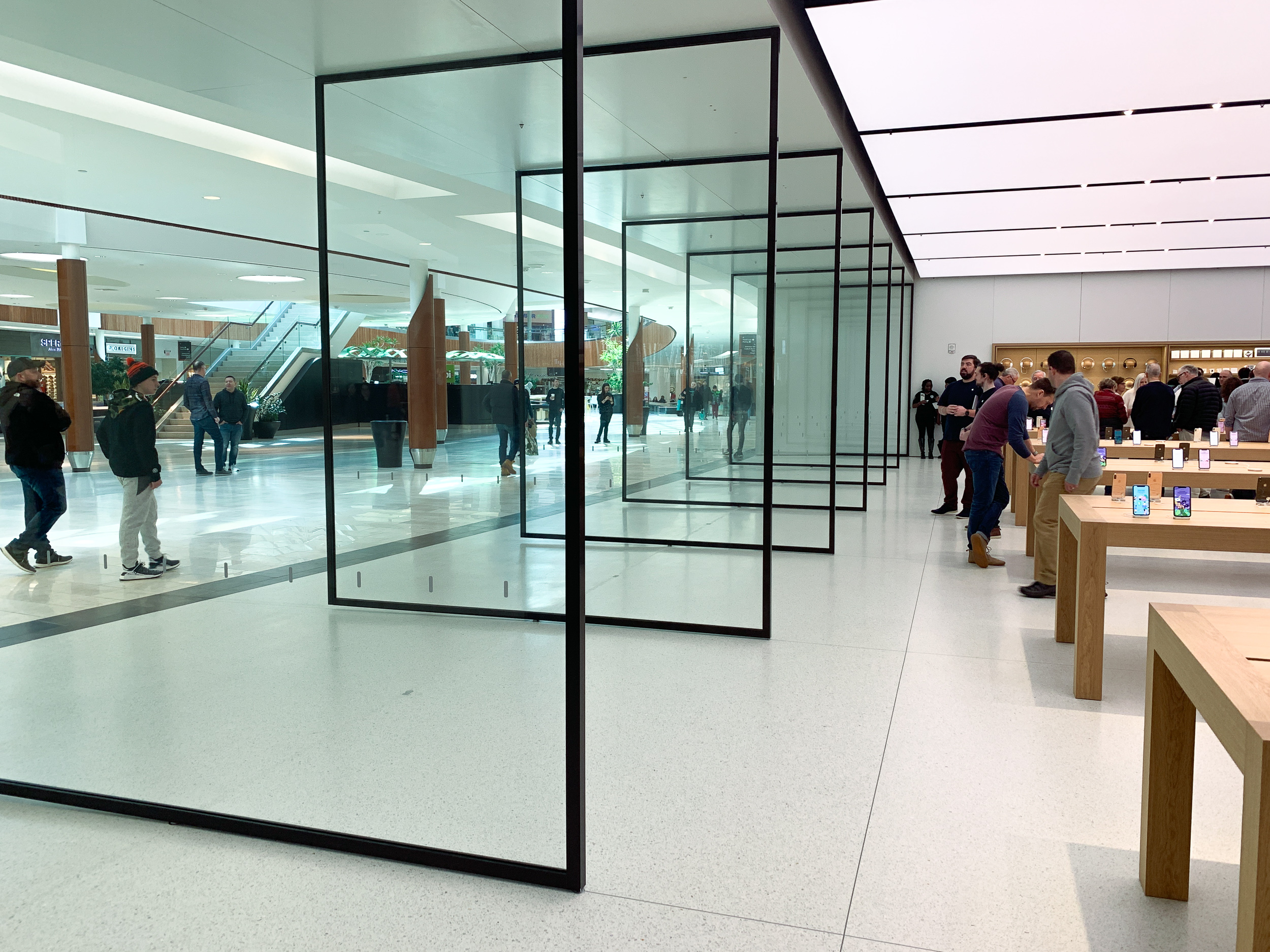 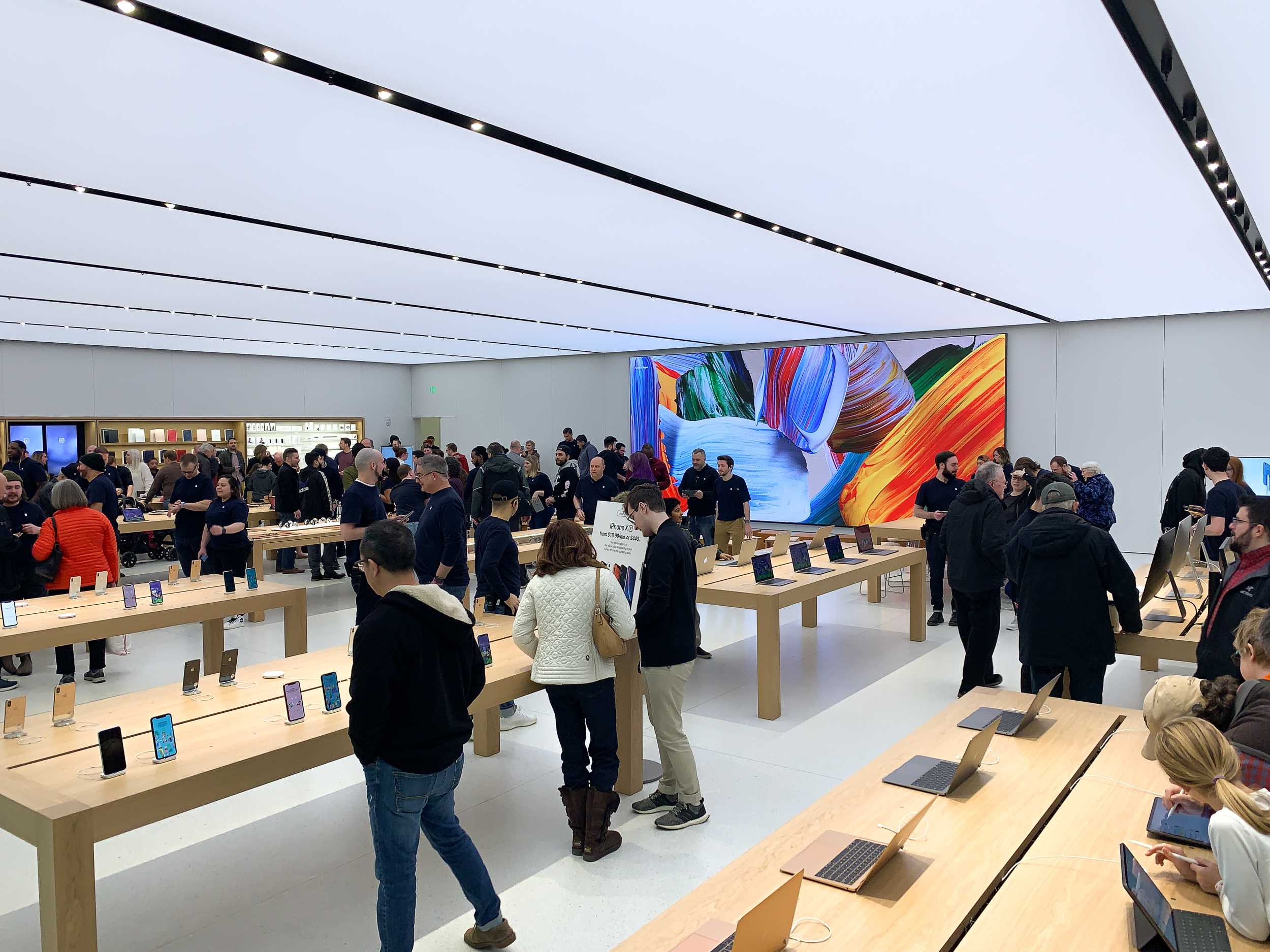 Fans familiar with contemporary Apple retail architecture will note that the store has a few semi-unique design elements. While the mall’s hallway follows a winding curved path, Apple has maintained a uniform facade, meaning that the store’s entryway is remarkably deep on one side. Inside, more of the store’s Avenue displays have been built at half width than in many locations. In similar store designs with short side walls, Apple often adds additional Avenues along the back wall to accommodate more accessory space.

Natick’s store is also the first to open with new iPad Pros featured in a grid on the wall of the kids and coding Avenue. Previous configurations of this display used last-generation silver iPads, but the reduced bezels on the latest iPad Pro look more seamless. 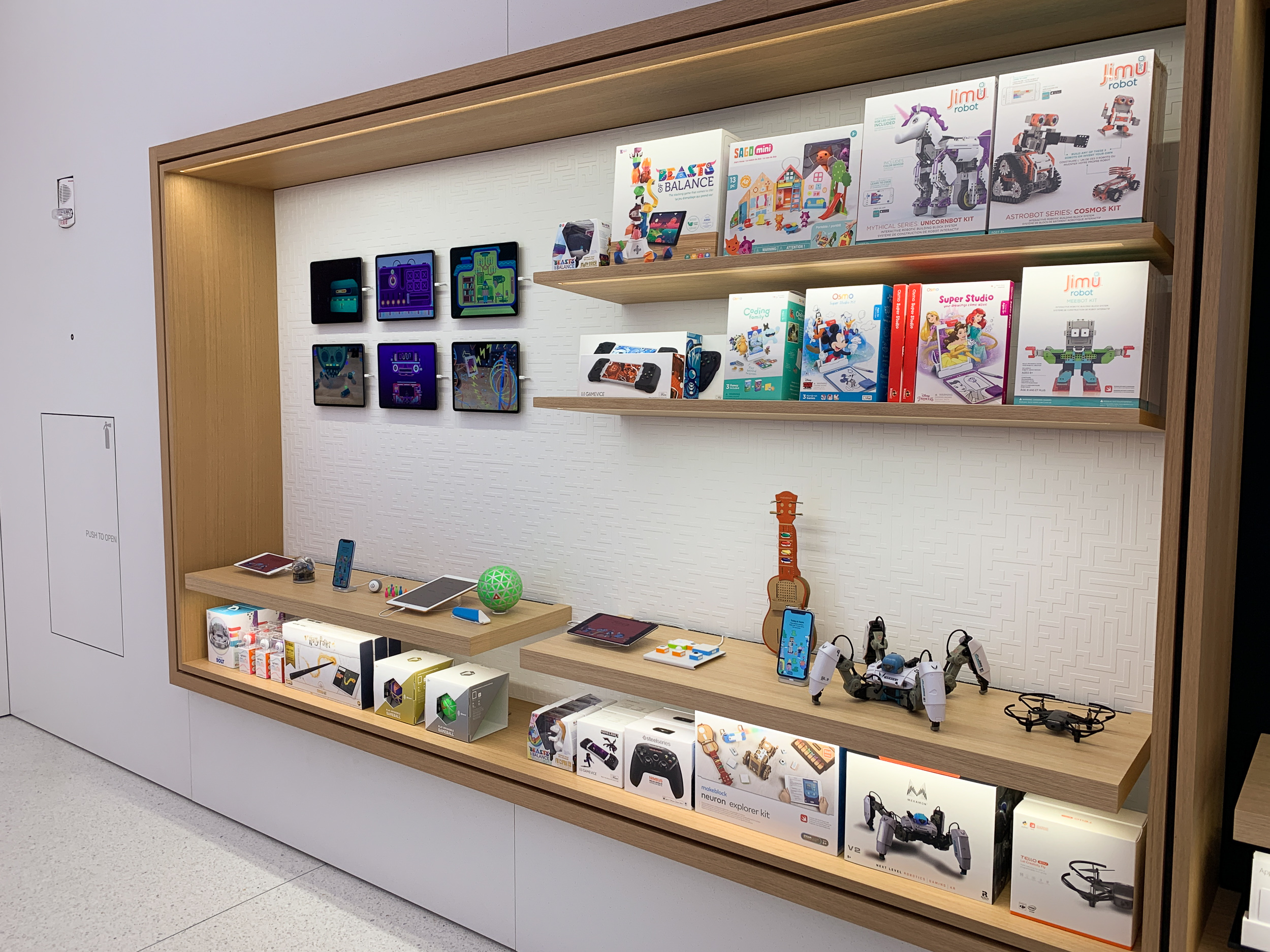 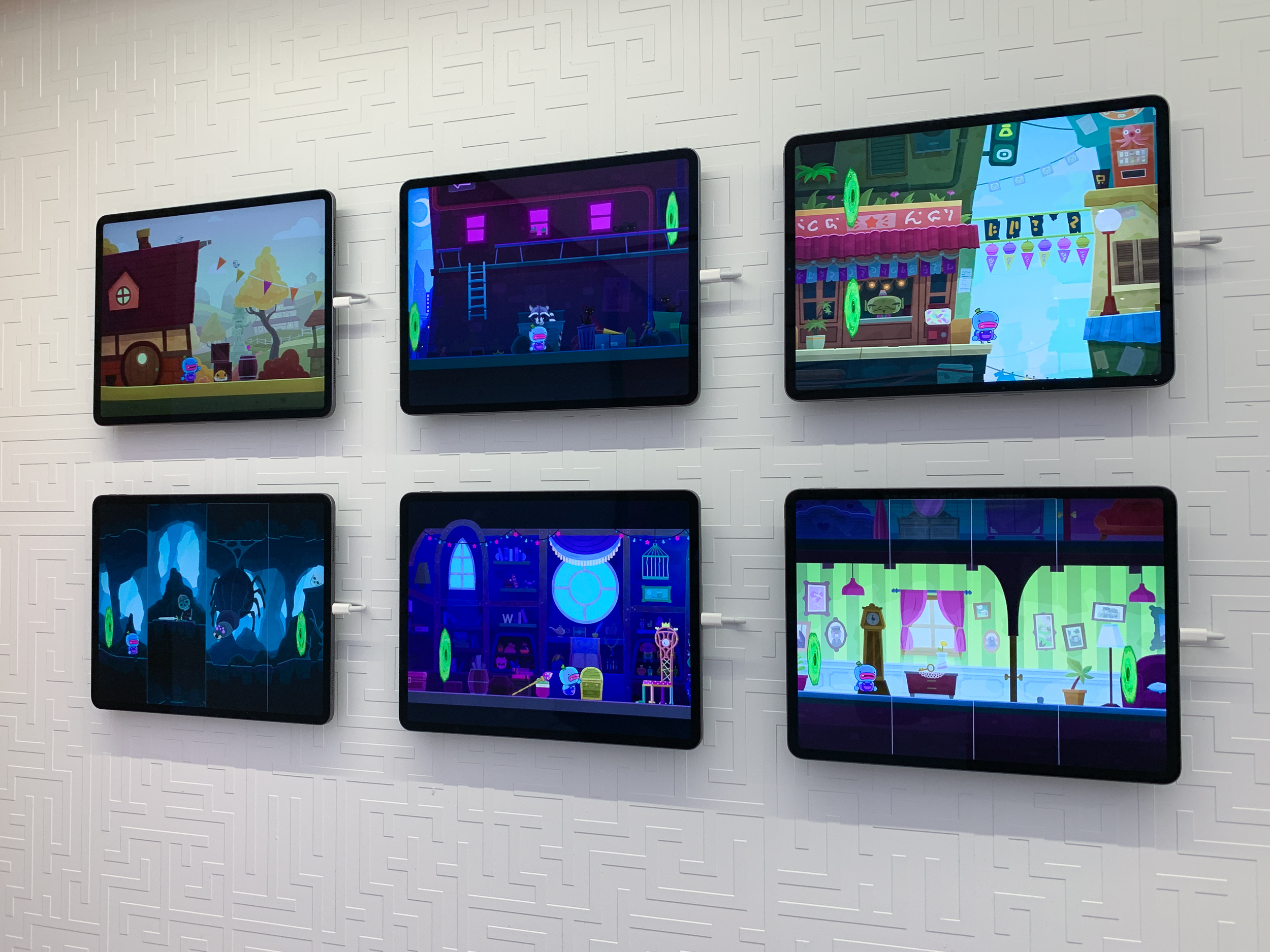 Those visiting a contemporary store for the first time will notice an increased focus on Today at Apple and the 58 new sessions rolled out last month. The creative program’s expansion is a major motivating factor behind the store’s redesign and the recent remodeling of other stores in the greater Boston area. 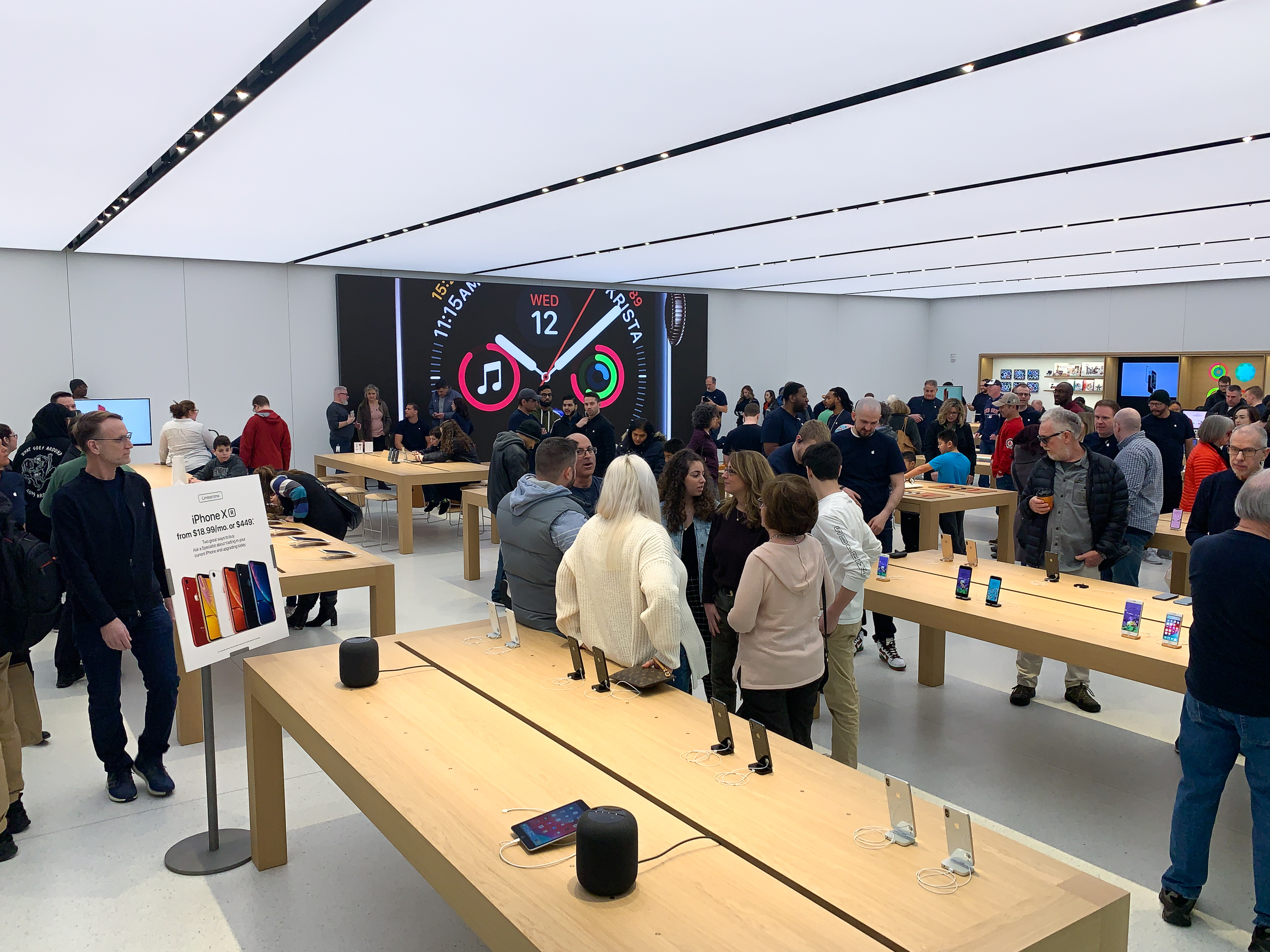 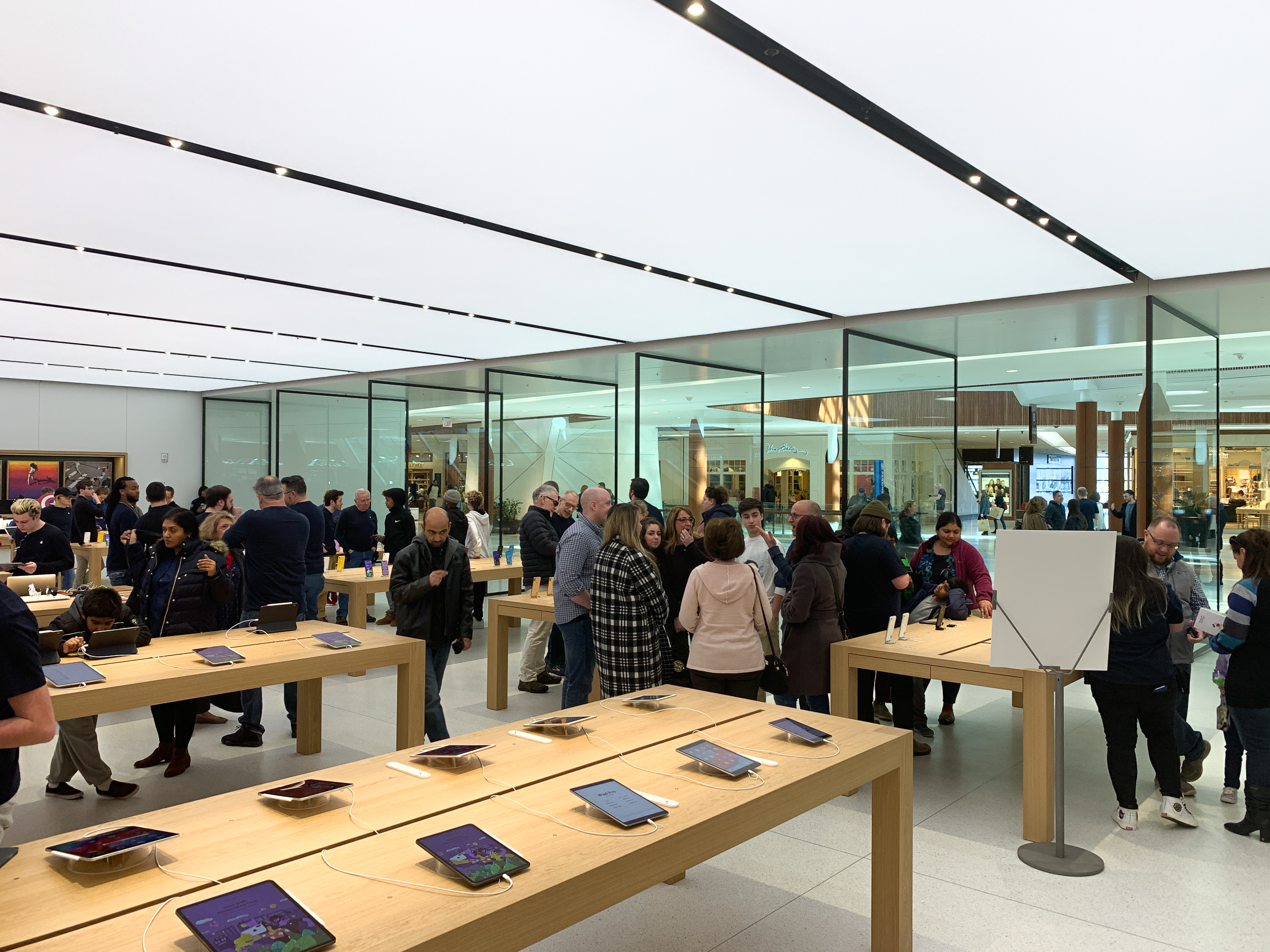 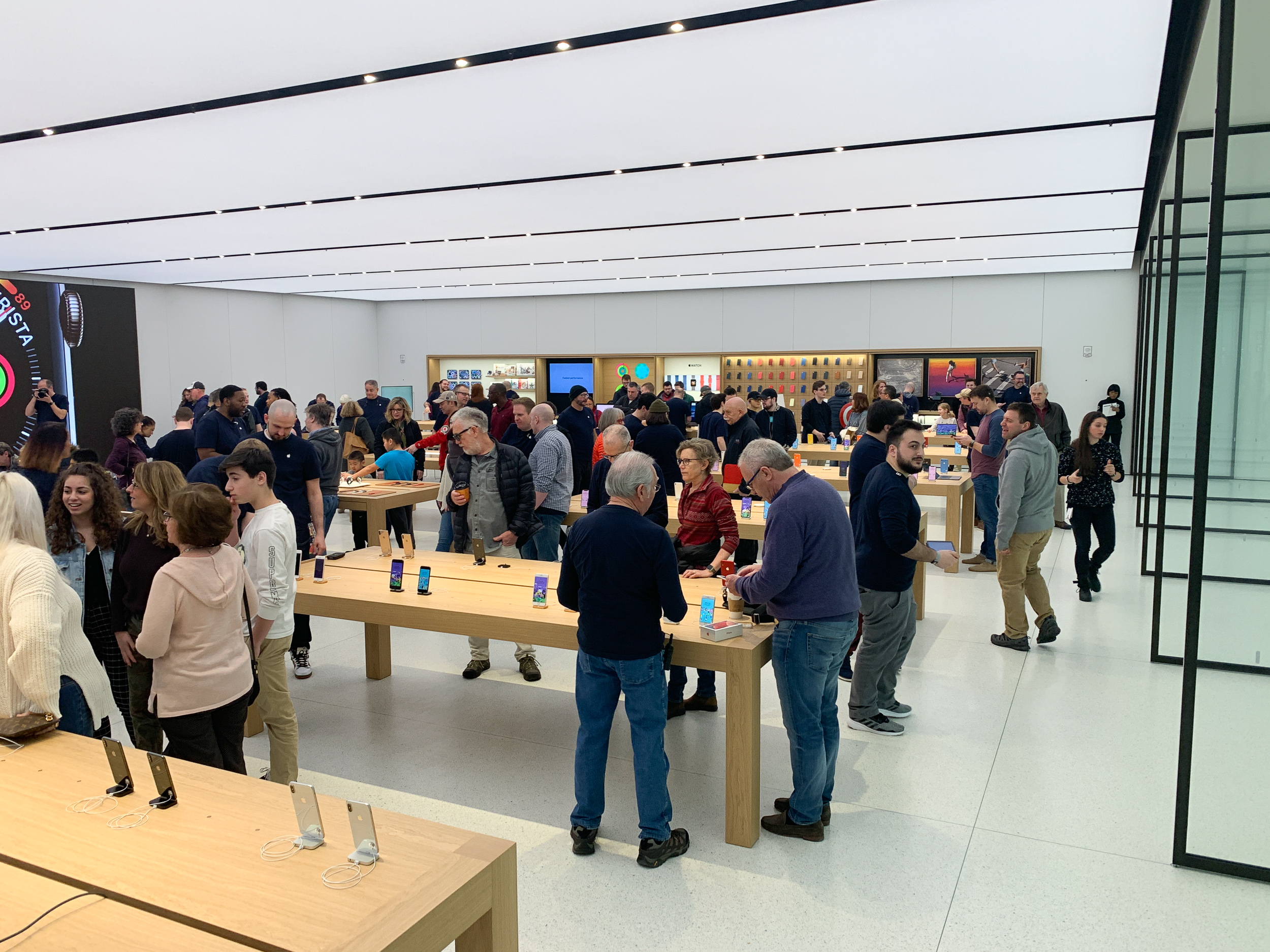 Of the remaining four classic stores in Massachusetts, South Shore and Holyoke are likely to see full expansions or replacements. Solomon Pond Mall’s store is more likely to receive a modest remodeling in its existing footprint within the next 1-2 years. The state’s largest store — Boylston Street — is perhaps the most interesting. Comprehensive remodeling work to the three story building would be necessary to provide the full Apple retail experience. Apple could also choose to vacate the structure entirely and relocate elsewhere, although no indication or timetable of any plans have been given at this time. 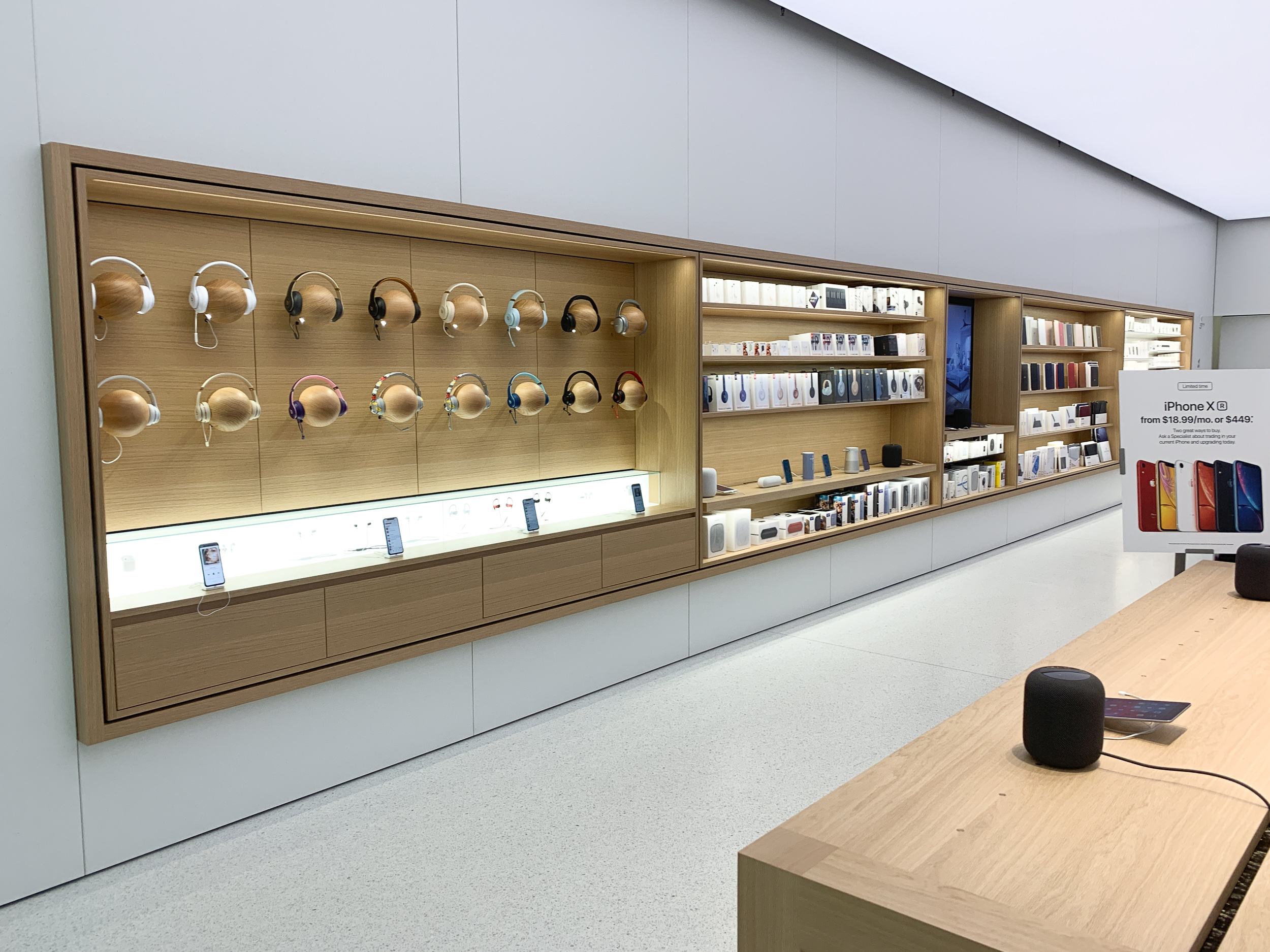 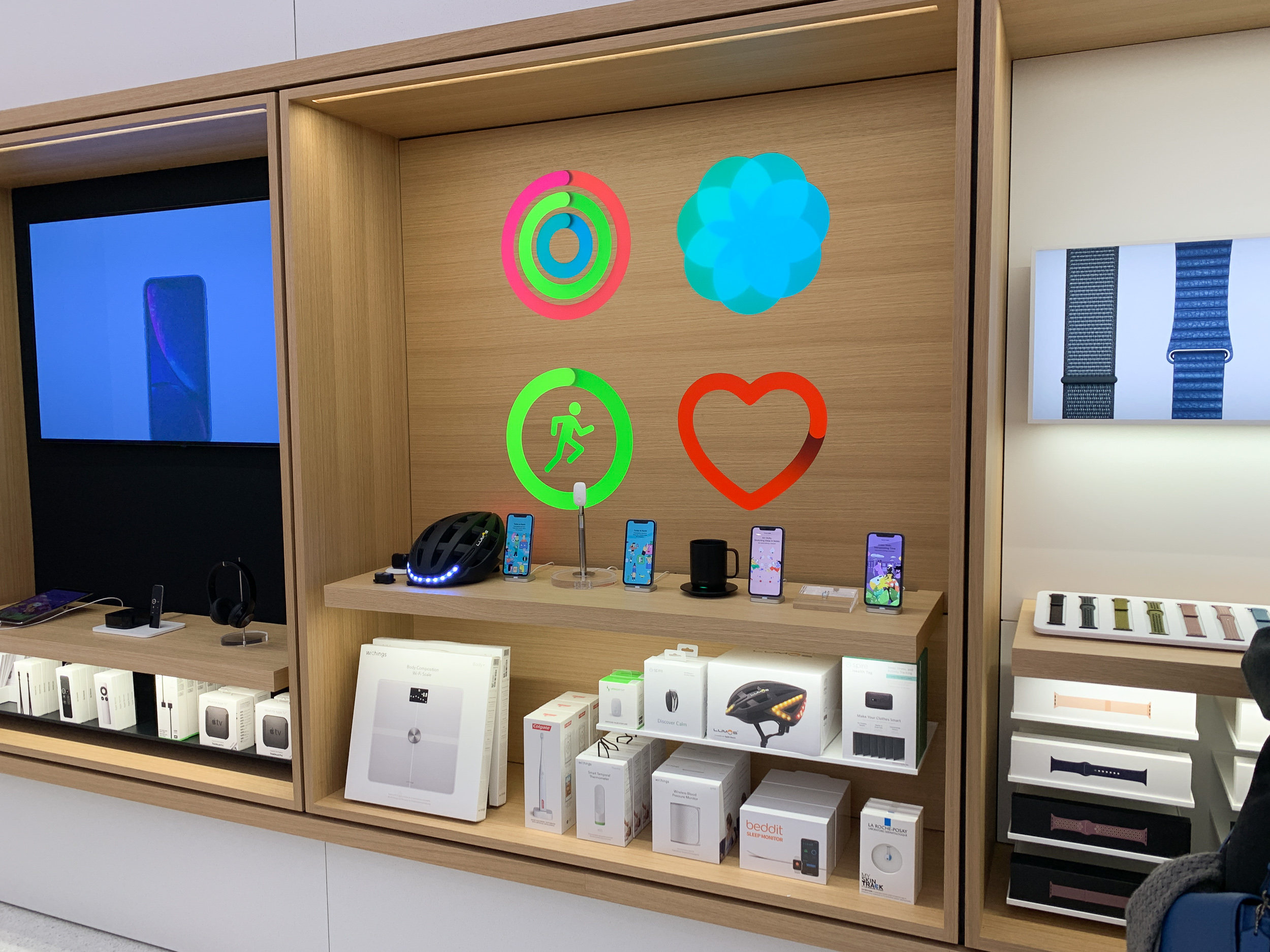 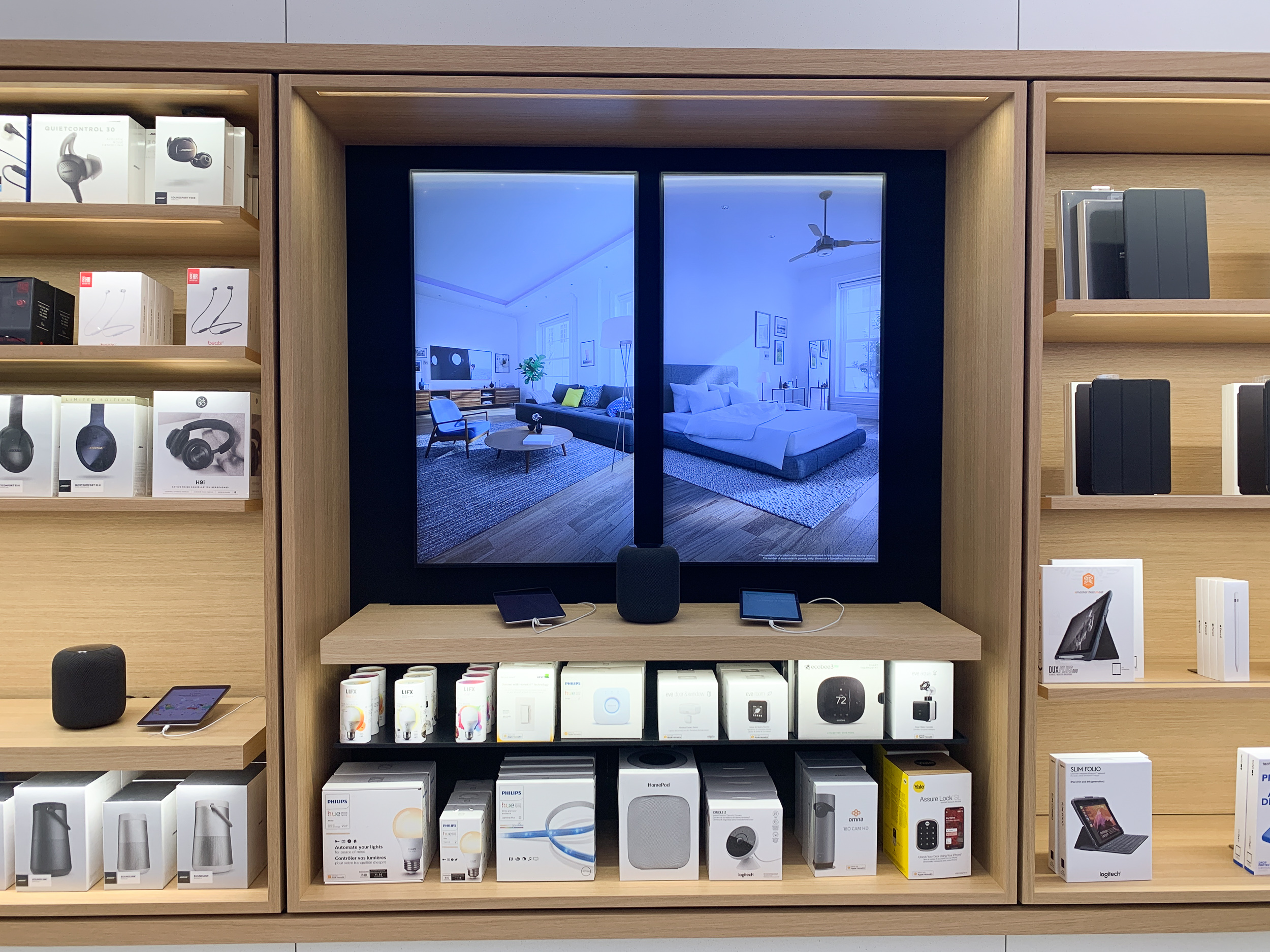 While the Old Navy space in question features an exterior wall, it’s not yet clear if Apple will offer access directly adjacent to the parking lot or if the store will follow a more traditional indoor layout. Listed on one building permit is contractor Sajo Construction, the same firm named to work on Apple St. Johns Town Center, an outdoor store in Jacksonville, Florida.

If you attend a store opening or closure, spot something interesting, or attend a great Today at Apple session, we’d love to see your photos. Follow 9to5Mac’s retail guide for in-depth coverage of the latest Apple store news.