You do not need to be a big TV fan to know that the Game of Thrones franchise is back on our screens after what has seemed like an eternity, especially for those who live and breathe all things Westeros.

The first episode of season seven aired yesterday, and as always, that has signalled something of a scramble amongst those who get their TV shows from less reputable sources than cable companies. The folks over at TorrentFreaks have been looking at the numbers, and no matter your stance on piracy itself, they make for some fascinating reading. As has become the norm with Game of Thrones episodes, what with it being the most pirated TV show of all time, this new episode took minutes to appear on the most popular torrent websites, and when TorrentFreak did its research, there were 130,000 people actively sharing one of the most popular torrents around.

The most popular version of the episode was a 772.3 MB rip from TBS, uploaded by the ettv distribution group, so clearly, quality is not a big deal for those who just want to be able to watch the new show as quickly as possible.

Interestingly, the move away from torrents and over to online streaming sites that have become ever more popular can be seen with Game of Thrones too. TorrentFreak spoke with a source at one of the larger portals who claimed that Game of Thrones was receiving almost 20,000 views each and every hour.

Those numbers are huge, and with official online sources like HBO internationally, Foxtel in Australia and Hotstar in India experiencing streaming outages upon the episode’s arrival, it is clear that streaming is king.

It’s also clear that people will get their Game of Thrones fix however they have to, regardless of the legality. 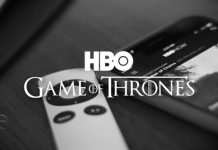 MacBook Air deals at $300 off, CarPlay recievers, and more