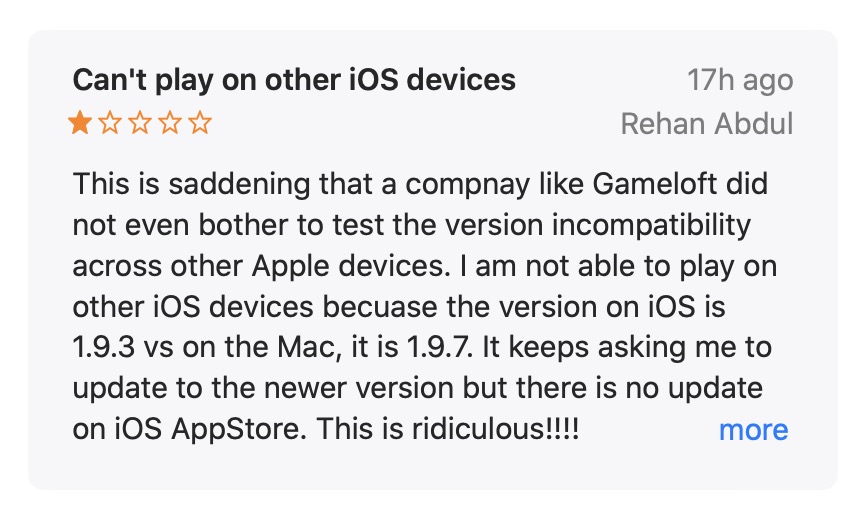 Last year at WWDC and then on its website, Apple highlighted some of the major developers that would bring apps from iOS to Mac with its Catalyst framework. One of those was Gameloft’s highly popular Asphalt 9: Legends. Now after a few delays, it has quietly landed on the Mac App Store.

It was back in October that Asphalt 9 along with DC Universe were removed from Apple’s website as two of the headlining app to be coming to Mac via Catalyst. At first, it wasn’t clear if the developers were reversing course on Catalyst plans but as for Gameloft, it said it was still aiming for a release before the end of 2019.

After a bit longer delay than expected, Gameloft has launched its popular iOS title Asphalt 9: Legends on the Mac App Store. While that’s the good news, one of the first reviews claims that there’s unfortunately not compatibility to play across macOS and iOS with the latest versions for each appearing to cause a problem. Hopefully, that should be a relatively easy fix for Gameloft.

Notably, multiple developers have shared some of the difficulties of using Catalyst even though the goal of the framework is to make the porting process easy.