This year, Apple made a renewed push into Services with new content subscriptions for reading news, watching television and playing new games.

Apple Arcade and Apple TV+ each cost $4.99 per month, and offer compelling original TV and games to play. However, there are few extra things you may want to buy to improve the experience. These accessories can make great gift ideas for any Apple fan.

Apple TV+ and Apple Arcade have only been out a couple months. If you have older devices, these holidays could be the time to start enjoying Apple’s new content offerings.

Apple Arcade offers over a hundred new games to play across iPhone, iPad, Apple TV and the Mac. You’ll need iOS 13 to be able to play on iPhone or iPad, which means some of the older devices in your family could be left out, like the iPhone 6 or iPad Air. For kids, the new 10.2-inch iPad is a great, reasonably priced, tablet choice that features a relatively-modern A10 chip that can support Apple Arcade gaming well.

Apple Arcade requires iOS 13 but always works better on newer devices with more powerful graphics cards; especially some of the ambitious 3D titles like Hot Lava or Oceanhorn run best on latest hardware like iPhone 11 or Apple TV 4K. Apple TV+ is available on many platforms through the TV app (tvOS 12.3 or later for iPhone and iPad users) but only some devices support the highest-quality video and audio streams.

If you wanted to gift Apple Arcade or Apple TV+ directly, unfortunately Apple doesn’t really offer any way to do that just yet. You could buy an App Store & iTunes gift card and top it up with $60 (which will be enough to pay for a year’s worth of the Apple Arcade or Apple TV+ subscription). Remember, that the $5/per month subscription can be shared with up to six people using Family Sharing. New hardware purchases of an iPhone, iPad, iPod touch, Apple TV or Mac also come with a year free trial of Apple TV+ so you could go that route, assuming a free trial has not already been redeemed.

In terms of accessories, the best thing to buy for Apple Arcade is a standalone game controller. Developers of Apple Arcade games must support every Apple hardware platform from iPhone to Apple TV to Mac but the control schemes for each vary dramatically, and some games pull it off better than others. There are some great titles that work great with touch controls — like What the Golf or Pilgrims — but one of the best parts of the Apple Arcade library is that the majority of titles support game controllers.

My default pick for MFi game controllers was the SteelSteries Nimbus; it’s easily the most comfortable MFi controller out there. However, new with iOS 13 and tvOS 13, Apple added official support for game console controllers from PlayStation and Xbox; the only compatibility requirement is that they must be the newer Bluetooth models. You pair the controller in Settings on your Apple device, and it just works. Buying a PlayStation controller as a gift is now a sensible option, even if the person doesn’t own an actual PlayStation. Even if you have Xbox or PlayStation controllers because you have a dedicated console, it’s nice to have a dedicated controller for use with iPhone/iPad/Mac so you don’t have to keep messing about with changing the Bluetooth pairing.

Whether you are immersed in a game or watching TV, sound is just as important as visuals. If you are looking to boost the audio in your living room, without breaking the bank, consider the Sony HT-X9000F soundbar. You can always pay more for better sound but the HT-X9000F strikes a good value-for-money balance.

You get a powerful Atmos-compatible soundbar and wireless subwoofer. Most Apple TV+ shows feature Dolby Atmos soundtracks, and the soundbar does a good job at bouncing sound around you despite only being in a single physical location, under the TV. True surround sound setups will obviously be better, but that involves a lot of wires and mess. You can go a long way with a soundbar and a subwoofer in the corner. (A HomePod stereo pair setup is a nice choice if you do your TV watching through Apple TV, but the inherent wireless latency is not really suitable for gaming.)

Quite simply, rendering rich 3D games and streaming 4K video uses a lot of power. Even with the beefy batteries of the iPhone 11 series, a few hours of Arcade gameplay will use up your battery.

The portable battery solutions on the market are vast. The Apple Smart Battery Case is an option if you feel like you always need extra juice, but battery cases have downsides. You can only use the battery in them to charge the phone, and if you get a new phone next year, chances are your case will be incompatible.

I like portable batteries like the Aukey Wireless Power Bank. It’s small and light, about the same size and weight as an iPhone 11 in a leather case. The power pack houses a 8000 mAH capacity battery, enough to charge an iPhone three times over. You can charge any device using the integrated USB-C or USB-A ports, and it can charge a phone wirelessly over Qi. The Anker PowerCore is an alternative option which is a wall charger that doubles up as a portable battery for when you are away from a power outlet. 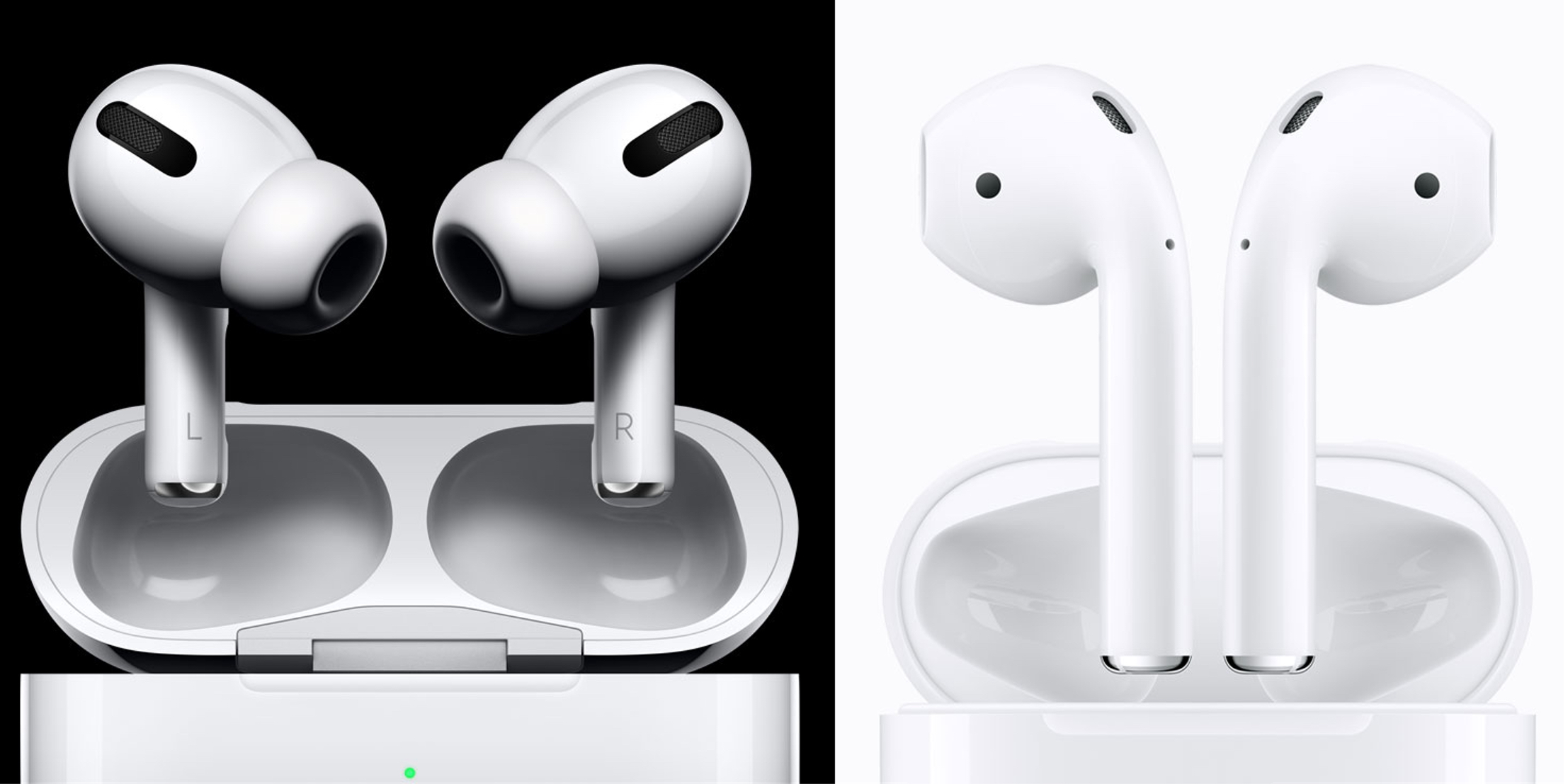 It’s hard to beat Apple’s truly wireless AirPods. Whether as a gift item for someone else or yourself, the magic and freedom that AirPods offer is unparalleled. They work seamlessly with every Apple device, and you can hop between devices effortlessly. And they are great for gaming on the go. The noise cancellation available in AirPods Pro helps you to disconnect from the world to enjoy a session of gameplay, or to be transported into captivating Apple TV+ storytelling.

If you have a Bluetooth-compatible TV, or an Apple TV, you can even pair your AirPods to the big screen to listen to content without disturbing others in the home. 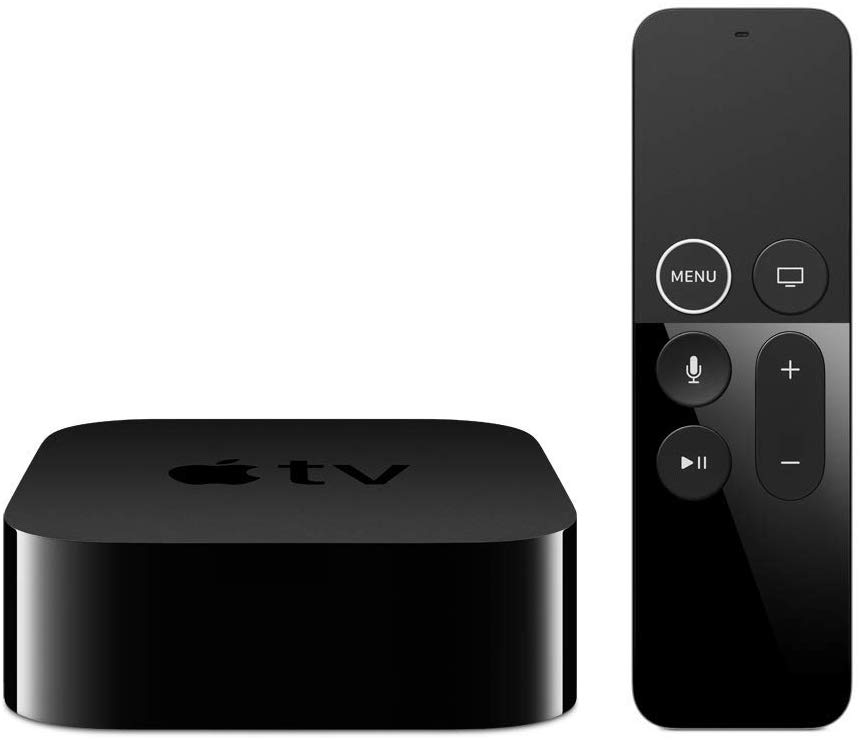 You can watch TV+ shows on streaming sticks like Roku Ultra or the Amazon Fire Stick, but the king for streaming continues to be the Apple TV 4K. The power of the A10 Fusion chip inside enables high bitrate 4K streaming with full support for HDR10, Dolby Vision and Dolby Atmos sound. Naturally, Apple TV+ content lives inside the TV app, which you can access with a single button press on the Siri Remote. There are other little TV+ things that are exclusive to the Apple TV, like dynamic animated carousels on the TV app home screen or the ability to ask Siri on your iPhone to start playing something on the living room TV. You can even browse your Up Next queue directly on the Home Screen with tvOS 13.3.

Apple TV 4K is also a great destination for playing Apple Arcade games. It’s almost like an Apple games console. You can browse the entire Arcade collection and download games in seconds. You can also use your Apple TV for viewing your iCloud Photos library on the big screen, playing Apple Music, and so much more. There are some rumors that the Apple TV is about to get a hardware refresh, but for now the 4K Apple TV is your best bet. If you are into playing the motion control titles with the Siri Remote, you may want to pick up a wrist strap to stop the glass-topped remote from flying across the room.