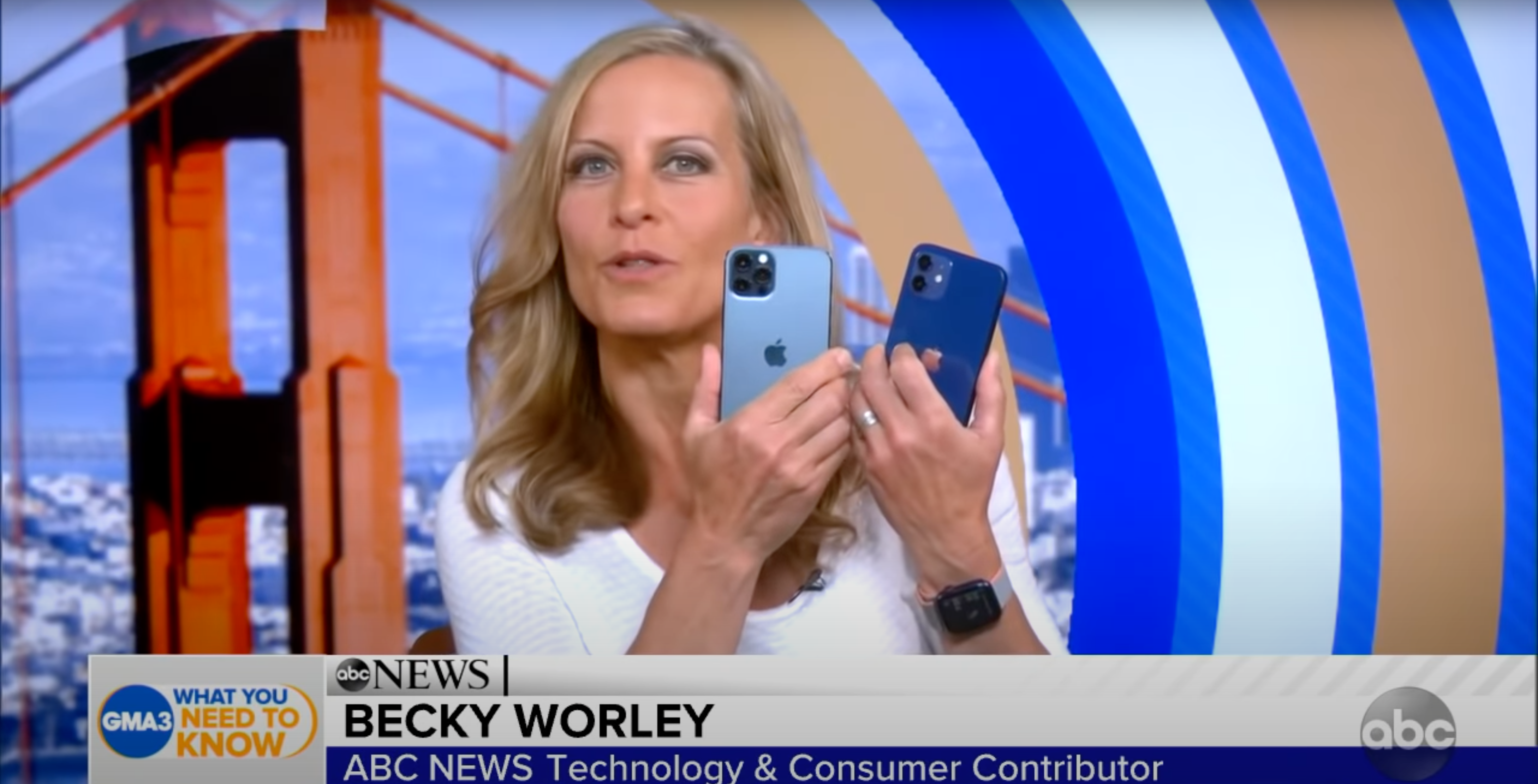 Apple introduced the iPhone 12 lineup this week at its October online event, which means the press was unable to try out the new iPhones right after the announcement. However, the company sent the iPhone 12 and iPhone 12 Pro to ABC News tech reporter Becky Worley, who presented today a quick hands-on with the new devices on Good Morning America.

Worley showed the iPhone 12 in the Blue color and the iPhone 12 Pro in the Pacific Blue color, which are the colors that stood out the most in this year’s iPhone lineup. We had only seen renders of the new iPhones so far, but the Good Morning America video gives us a better idea of how the new colors look in person.

The new MagSafe technology, which was one of yesterday’s keynote highlights, was also demonstrated by Worley this morning with the new Leather Wallet, which magnetically attaches to the backside of the iPhone 12.

Besides showing the new devices, Good Morning America had a brief interview with Kaiann Drance, Apple VP of iPhone Marketing who introduced the iPhone 12 during Apple’s special event. Drance, asked about the removal of the power adapter and EarPods from the iPhone box, said that this year’s models bring several other improvements that are more interesting to users.

There’s so much in the phone already. There’s a lot of amazing reasons of, and we think it’s a good price for all that. But, for the other reasons I mentioned… people often already have all that, and it’s sitting around in their house. Maybe they have multiple ones of that. So it was kind of the right thing to do in terms of the larger environmental goals.

You can watch the five-minute hands-on and interview on the video below: