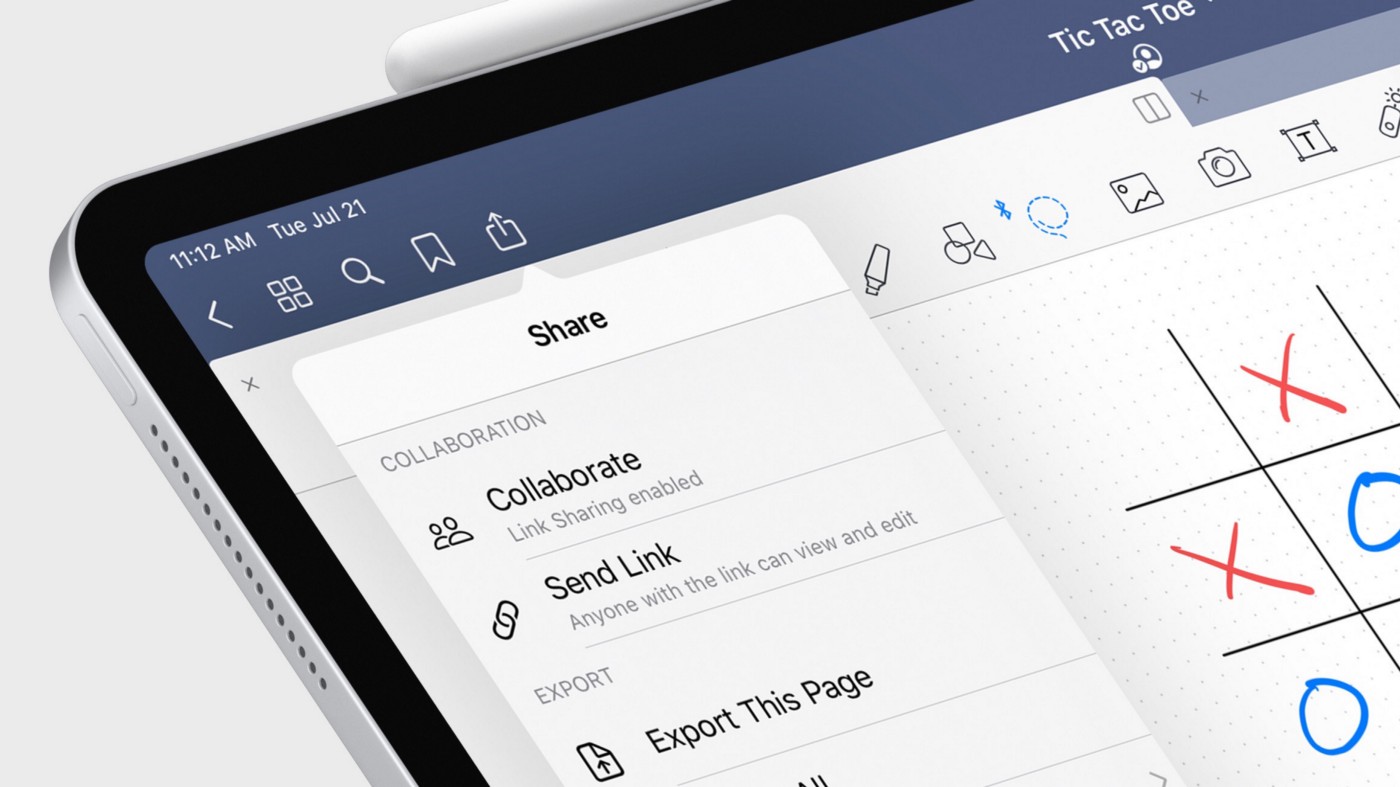 The popular note-taking and annotation app GoodNotes 5 received a major update today with some important new features, including collaborative documents via iCloud and more. Users can now share live versions of documents and even work with others on the same document with GoodNotes 5.5.

Previously, if you needed to share a GoodNotes document with another user, you had to export it manually as an individual file, which made it difficult to work on the same project with other people. This problem has now been solved with today’s GoodNotes update, which includes collaborative documents.

GoodNotes 5.5 uses iCloud sharing to allow multiple users to work together on the same document. All you have to do is enable the “Link Sharing” option in the Share menu of the GoodNotes app. The app will generate a URL that can be sent to any other user who has GoodNotes 5.5 installed on an iOS device.

No longer will you have to manually export documents, send them to other people, and then merge their input and replace the original version in your library once they send it back. Instead, edits in shared documents sync between participants via iCloud* so that everyone always has the latest version of a document right on their device.

Once you share a GoodNotes document, the guest user can view and edit it, and you can even track the changes this user has made to your document in real time. The update also lets you manage all the documents you share with other users, as well as immediately stop sharing a document with someone else.

In addition to collaborative documents, GoodNotes 5.5 also brings other enhancements and bug fixes, including:

GoodNotes is available on the App Store for $7.99 as an universal app, which means it works on the iPhone, iPad, and Mac. The app has no In-App Purchases or subscriptions.