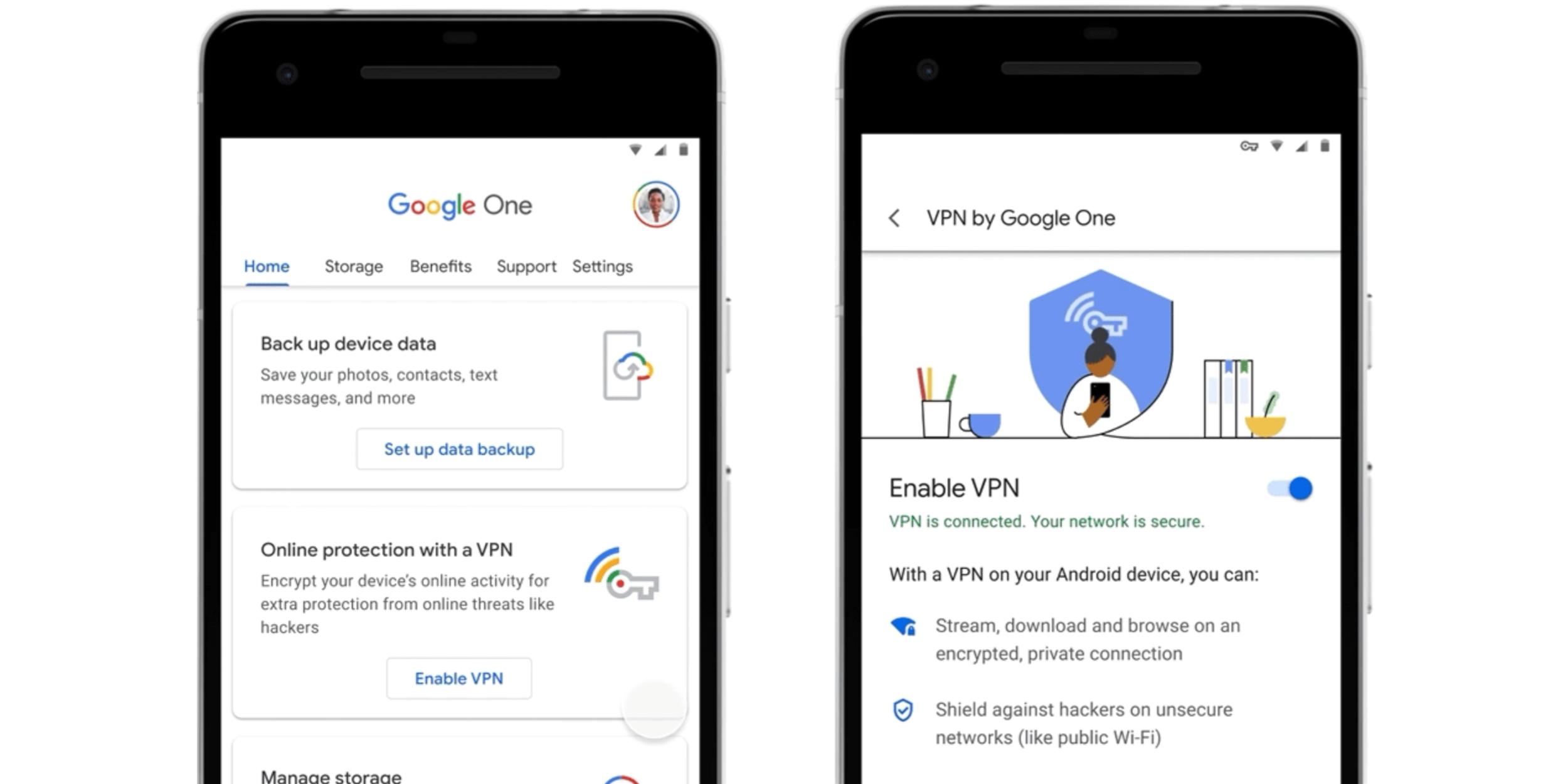 Back in July, Google’s storage subscription service made phone backups free on Android and announced plans for iOS. The next move for Google One is including a VPN on higher storage tiers.

VPN by Google One is pitched as providing an “extra layer of online protection for your Android phone” and “peace of mind that your data is safe.” This follows Google Fi offering a similar service to its MVNO subscribers:

We already build advanced security into all our products, and the VPN extends that security to encrypt all of your phone’s online traffic, no matter what app or browser you’re using. The VPN is built into the Google One app, so with just one tap, you can rest assured knowing your connection is safe from hackers.

Plus, if you’ve shared your 2 TB Google One plan with family members (up to five additional people), they can also enable the VPN on their own devices at no extra cost.

The VPN is first rolling out to Android over the “coming weeks” in the United States and can be enabled/disabled from the mobile app. It is coming to “more countries and to iOS, Windows and Mac in the coming months.”

More about Google One: