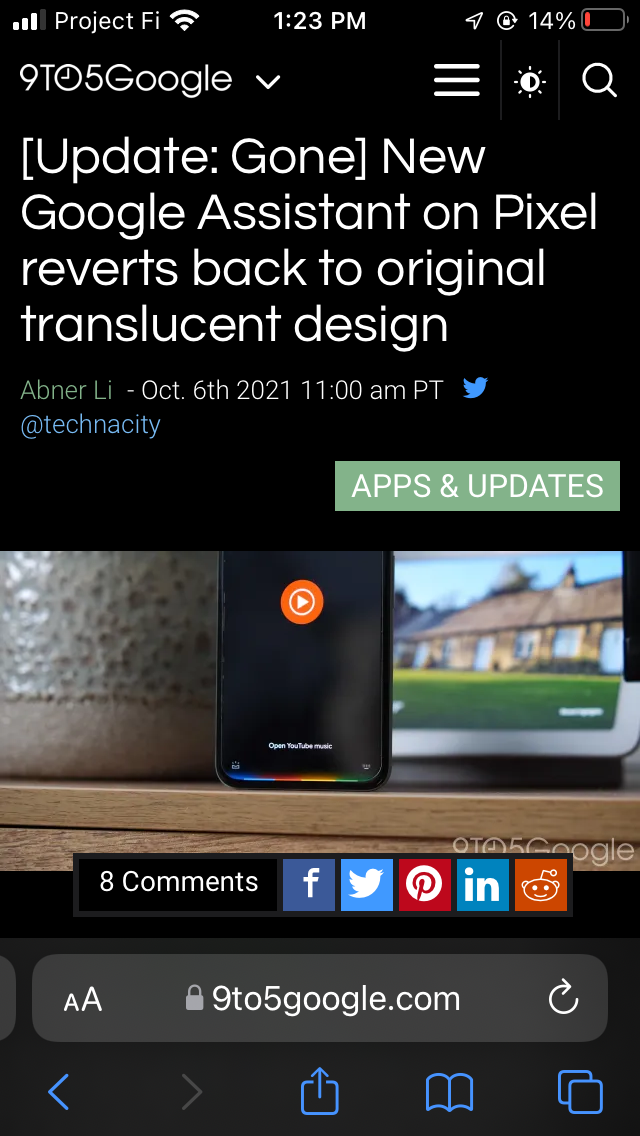 Accelerated Mobile Pages launched five years ago as Google’s plan to speed up the web on smartphones and tablets. It has wide adoption, but a bug in Google Search today sees Safari users in iOS 15 no longer being served the AMP version of sites.

Instead of seeing a modified and often simplified web page optimized for fast loading times (via MacStories), you just get the full version. Users don’t see google.com in the address field, or the gray bar that notes the site’s domain name to share the full URL. In the case of our site, the difference is below:

According to a company spokesperson at 10 a.m. PT, this is a “bug specific to iOS 15.” As such, using Chrome for iOS or any browser, like Safari on iOS 14, still serves you the AMP version. Google is working on a fix and “expect[s] it will be resolved soon.” That said, the Google AMP bug is still present for iOS 15 and iPad OS Safari users three hours later.

Some on iOS have enjoyed this bug, with third-party developers recently creating extensions to get rid of AMP links and automatically redirect users to the full site.

For its part, Google is no longer requiring pages that appear in Search’s “Top Stories” carousel to use AMP as long as its sufficiently fast on its own. This is part of Google factoring “page experience” and speed when ranking websites in Search.