Google’s 2019 I/O developer conference kicked off today and the company introduced a range of new hardware and software. Headlining the keynote were announcements of the new Pixel 3a and 3a XL budget smartphones that start at $350 less than the iPhone XR, the next-gen Google Assistant that will offer 10x faster responses, the new Nest Hub Max, and Android Q news.

Google’s I/O keynote today included two hardware announcements, with the more anticipated news being the budget focused Pixel 3a and 3a XL smartphones officially launching. The smartphones feature a similar design to the flagship Pixel 3 and 3 XL but cut costs by skipping wireless charging, including a less powerful processor, opting for one front-facing camera instead of two, and featuring a plastic build.

But at a starting price of $399, the new Pixel 3a still offers an OLED display, 64GB of storage, 4GB of RAM, Google’s highly rated rear-facing camera with features like Night Sight, and more.

The 3a has a 5.6-inch display, while the 3a XL has a 6-inch screen. Notably, the low pricing puts these new Pixel smartphones at about the same price range as the iPhone 7, while seriously undercutting Apple’s current entry-level flagship, the iPhone XR which starts at $749.

The promo video for the new smartphone even takes a shot at the iPhone XS (labeled “Phone X”) by comparing low-light photography against the Pixel 3a. On the product’s webpage, a footnote details “Images shot on iPhone XS and Pixel 3a.”

Read more about the Pixel 3a and 3a XL at 9to5Google. 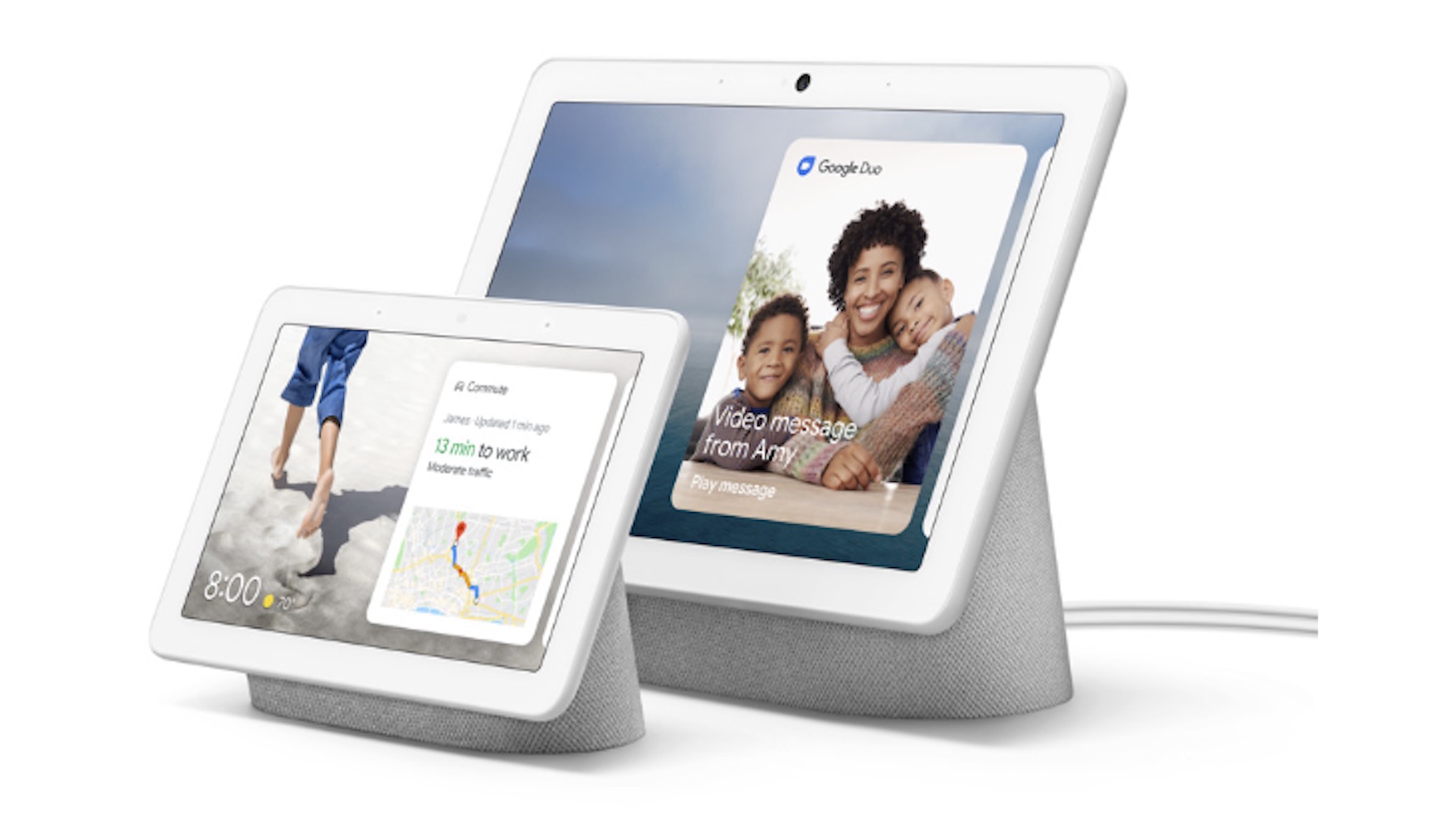 The device has a built-in Nest Cam that offers security features and video calling, and it also supports new features like waving at the camera to stop music. It packs stereo speakers as well as a subwoofer in addition to the far-field microphones.

The Nest Hub Max will go on sale later this summer for $229. Read more details about the new device here.

As part of various software updates announced in the keynote, Google highlighted how powerful its next-gen Google Assistant will be. Impressively, the company’s AI will move to on-device processing and become 10x faster with its responses. Google was able to achieve this by shrinking its Assistant’s storage needs from 100GB to just 0.5GB.

The next-gen Google Assistant is set to launch with the Pixel 4 smartphones later this year. Check out the demo below:

9to5Mac’s sister-site 9to5Google is live at I/O covering all the latest news. Check out the following stories for more: