In March, Google announced and launched a new iOS app called “Uptime,” which let users watch YouTube videos in real time with their friends. At the time, the app required invite codes to gain access, but now the developers have quietly expanded Uptime’s availability to everyone on the iOS App Store [Direct Link] (via TechCrunch).

Uptime’s hook is that it not only lets you watch videos simultaneously with other Uptime friends, but if you check out a video after your friend watched it then the app will keep their live reactions attached to it and play them back as you watch the video for the first time. When watching a video at the same time, users’ avatars progress around the screen in a live-tracking feature so you always know where everyone is at any moment in the clip. 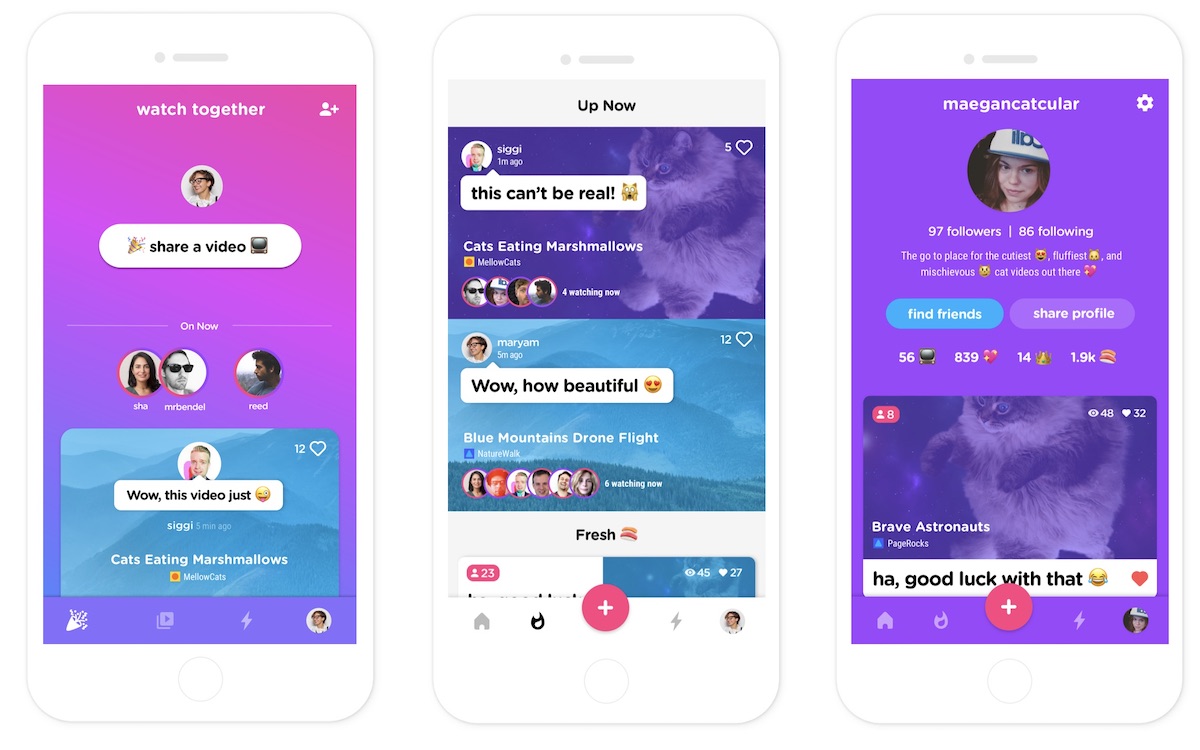 Uptime launched with quite a few social networking features like friend lists, watch histories, and video sharing in feeds, and the app has further expanded in subsequent weeks with easier friend finding via Facebook, a revamped Home screen that surfaces popular videos, and support for music videos. Although finding an invite code was never particularly hard, the wide access to Uptime should now let more users interested in the app test it out with their friends.

Skype is getting in on live-watching as well, confirming earlier in June that it plans to launch a feature sometime in the future that will let Skype callers synchronize and watch streaming videos together, and those videos will begin with support directly from YouTube.

Uptime was created through Google’s internal incubator program, Area 120, which encourages employees to take 20 percent of their week to focus on independent side projects, leading to small but interesting apps like Uptime.