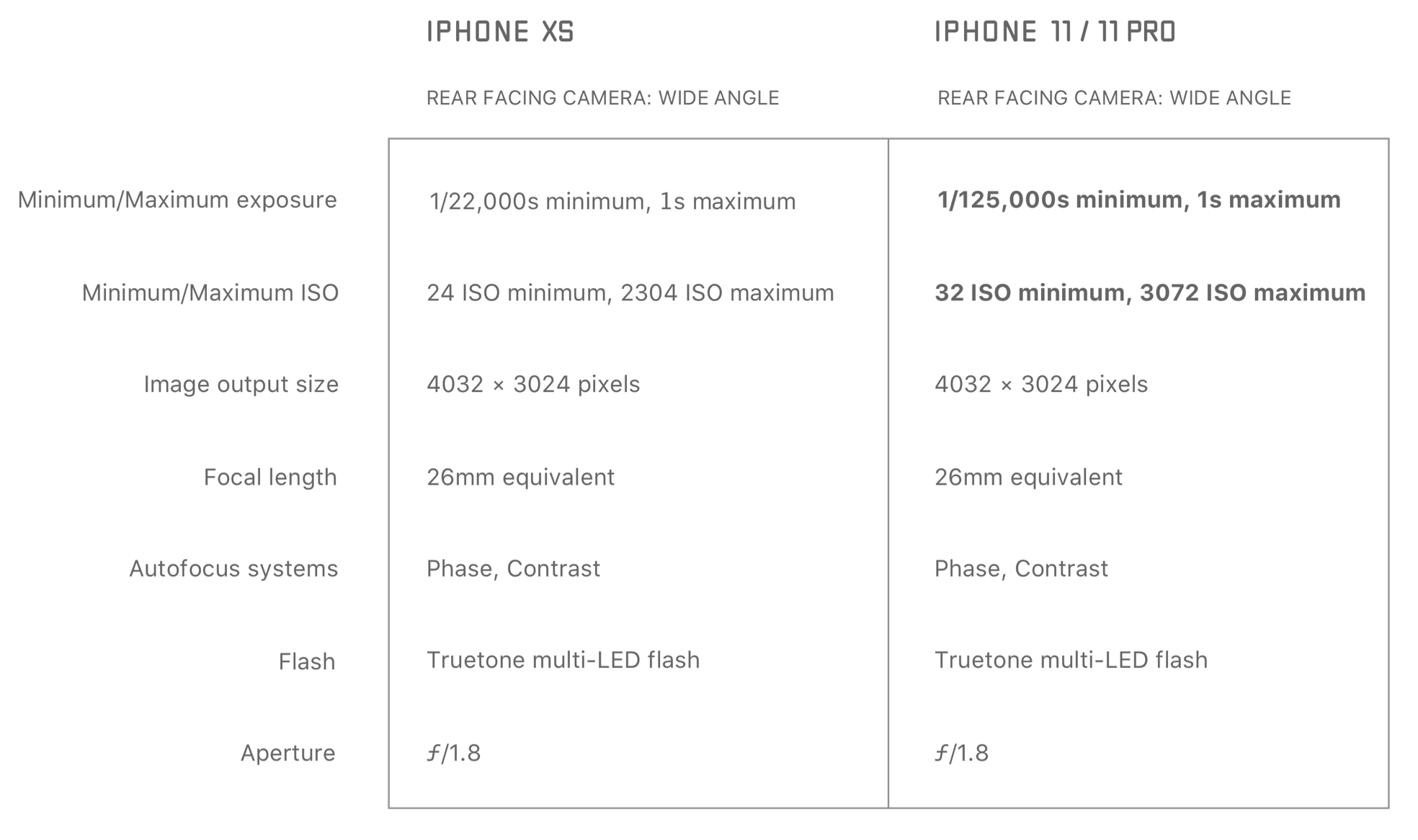 Apple spent a good portion of its iPhone 11 event keynote highlighting the camera improvements arriving with this year’s releases. Now, Sebastiaan de With, co-founder of the popular iOS camera app, Halide, has broken down how the camera hardware details compare between the iPhone 11/Pro and the iPhone XS.

Apple shared many of the hardware specs for the iPhone 11 Pro’s triple-camera system during the event and then also on the tech specs page for the device. Those specs include all three cameras featuring 12MP sensors ranging 13, 26, and 52mm focal lengths with apertures of f/1.8, f/2.0,  and f/2.4. The standard wide and telephoto cameras feature a 6-element lens while the ultra wide camera has a 5-element lens with a 120-degree field of view.

Today, Halide co-founder Sebastiaan de With has shared an in-depth look at how the hardware specs for the cameras compare between last year’s iPhone XS and this year’s iPhone 11 lineup.

First up, the standard rear-facing wide angle lens. In the charts below, changes between the devices are noted in bold. For this lens, the two differences are improved minimum exposure and maximum ISO (with minimum ISO rising slightly). 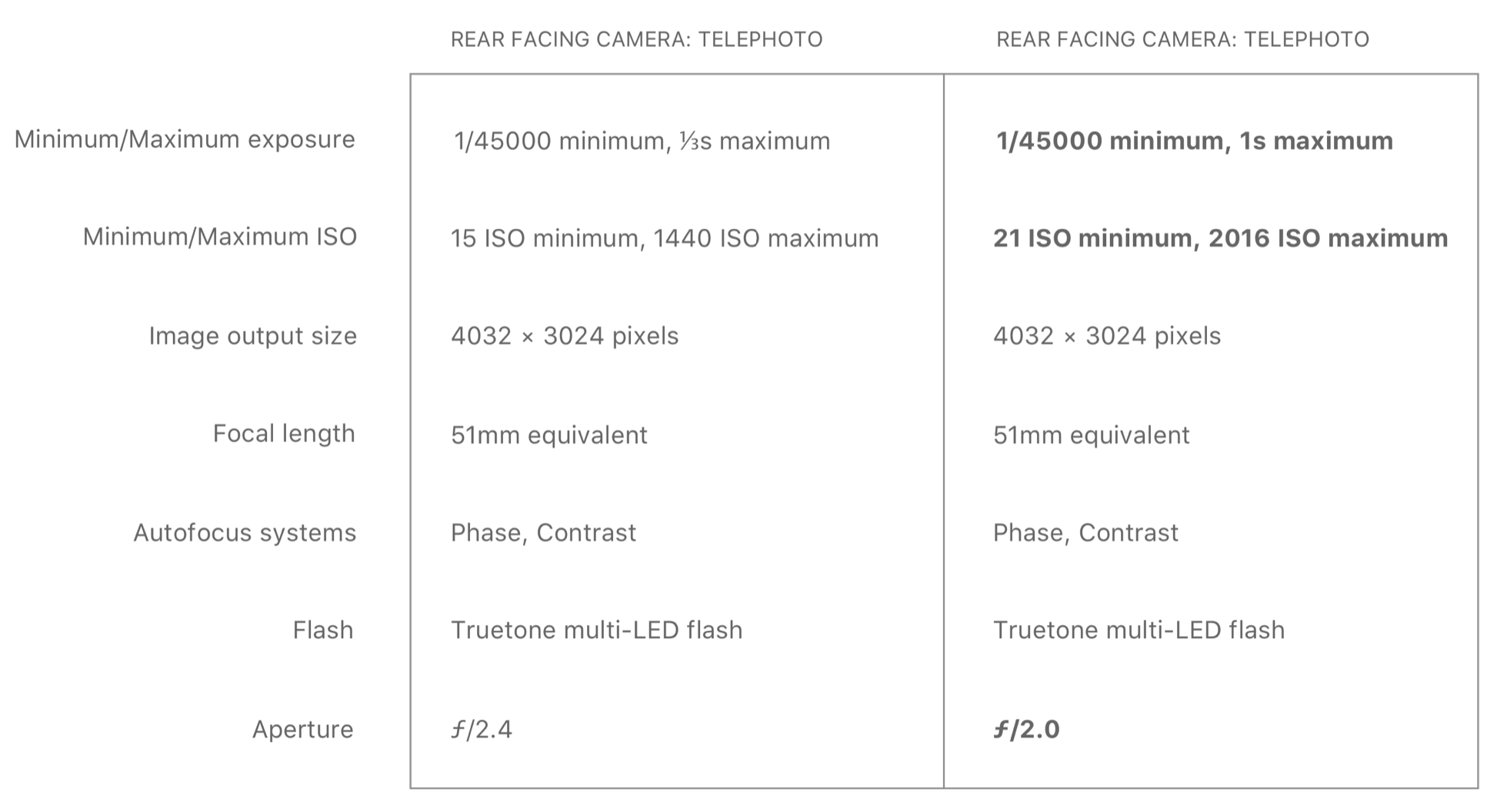 With the ultra wide camera being brand new for the iPhone, there’s no comparison to the XS but here are the specs for the iPhone 11 Pro: 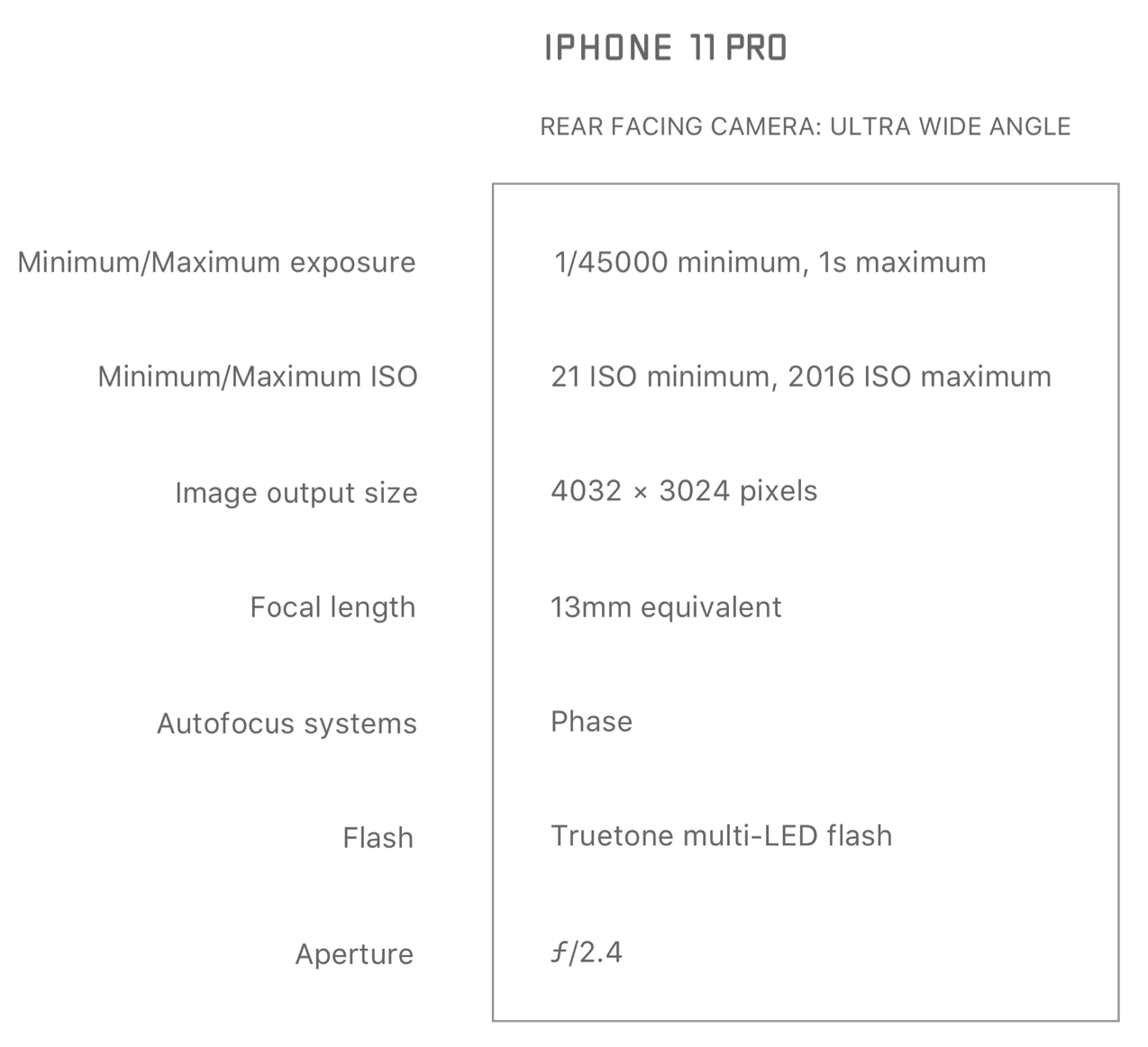 And for the front-facing camera, the iPhone 11 lineup sees changes to four out of the seven specs noted by Halide. 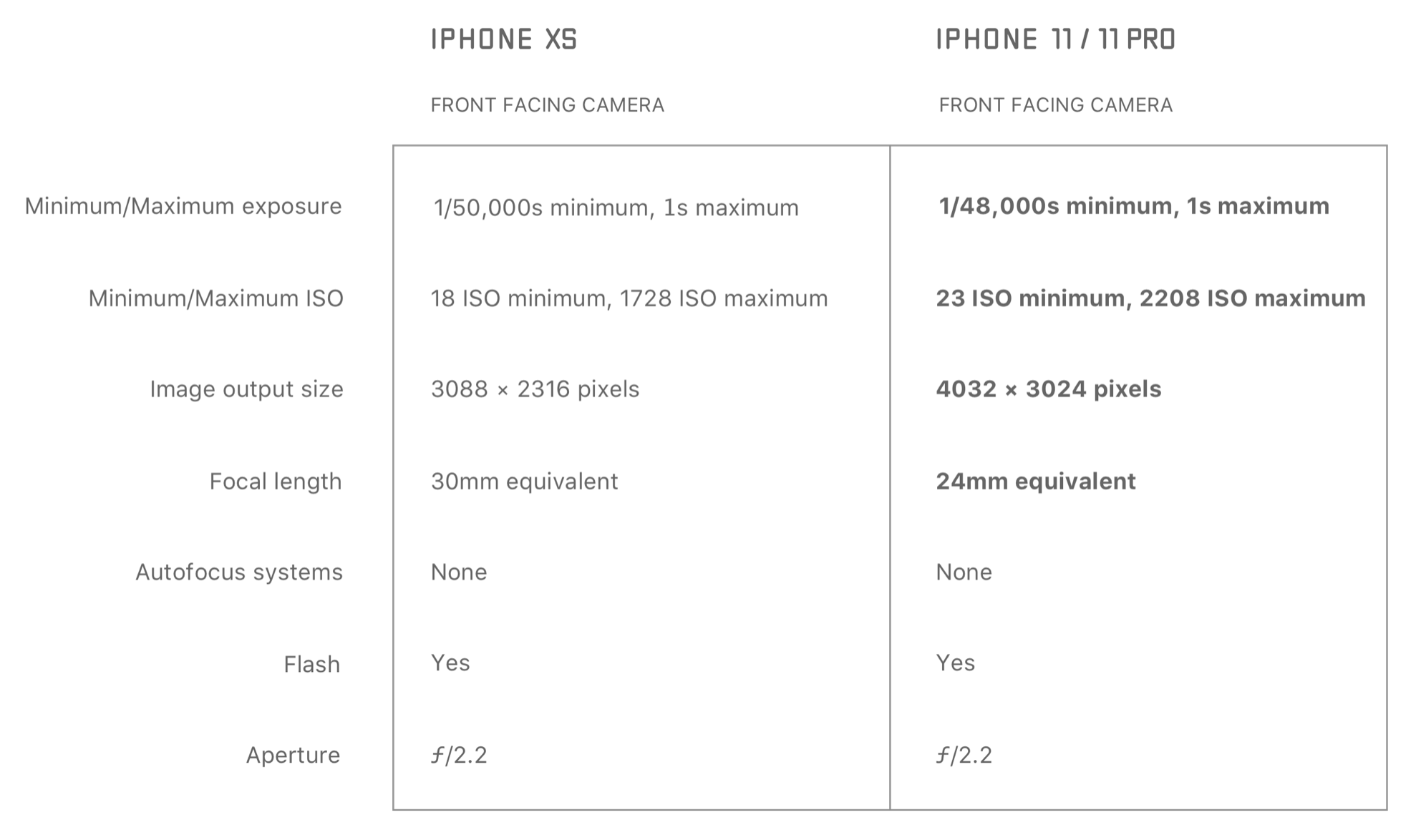 Halide’s post notes that these are just the hardware specs and that even more camera improvements will be coming with Apple’s software updates.

It’s kind of unbelievable that even with the glowing reviews out today, Apple has said that there’s more software processing yet to come. We’re told Deep Fusion is a very big leap in post-processing quality, but with the changes to Smart HDR, Semantic Mapping in the imaging pipeline and discrete situational processing like Night Mode, these specs are the furthest from the whole story on the new iPhone cameras yet.

Even though the hardware changes aren’t massive, the combination of new software and hardware in the iPhone 11 lineup will mean big improvements for camera performance.

All of this means that with fairly modest changes in hardware (except for the new ISO ranges), the iPhone 11 and 11 Pro appear to deliver one of the biggest leaps in camera quality in iPhones yet.

Check out the full post from Halide on the camera details between the iPhone 11/Pro and the iPhone XS here.

Halide is available from the App Store for iPhone and Apple Watch, priced at $6.