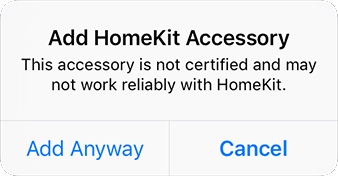 Smart shades and blinds are cool, but they are not cheap. The SOMA Smart Shades is an adaptor for existing blinds to make them remotely controllable without having to shell out for all-new blinds. For HomeKit integration, you need at least one Soma Connect hub too.

The SOMA Smart Shades comprises of a little box that hooks into your blind’s cord, and a wireless hub. The box needs to be positioned under your window, roughly at the point where the cord of the blind dangles down. (The hub enables the HomeKit integration and can be situated anywhere as long as it is in range.)

All the smarts is in the little box. Rather than opening or closing the blind with your hands, this little box does it for you. It moves the blind up and down by winding the cord up and down. Its internal brain keeps track of the current position of the blind, so it knows how much to turn clockwise or anti-clockwise when you ask to raise or lower it. The device is compatible with bearded cords and endless loop style blinds.

Trust me, I was skeptical when I read the pitch for this product originally. It sounds like something that couldn’t possibly work reliably. But it does. When you first set up the Smart Shades, you wind the cord into the claws of the magic box and use the app to calibrate. You essentially tell it when it hits the top, fully raised, and likewise when the blind is down. On its own, it can then interpolate between those two extremes.

After the initial configuration, everything is hands-free. You can lower and raise the blind by dragging a slider control inside the Apple Home app, or use Siri voice commands. The obvious suspects like “Hey Siri, open the blind” and “Hey Siri, close the shades” work as you would expect. Thanks to the freedom of HomeKit in Siri, you can even ask slightly more sophisticated requests like “Siri, set the blind to 50% open”.

One time, it was a particularly sunny day in February and I had the blind fully raised. I said to the air “Hey Siri, lower the blind slightly” and the HomePod dutifully complied. The blinds were lowered to approximately 10-20% of the way down. I can’t lie, that felt cool.

The winching nature of the SOMA means it can smoothly raise the blind but it kind of lowers the blind ‘in steps’. It’s not silent when it is turning mind you — the motor makes a pretty loud noise whilst it is moving. It takes about 10 seconds for the blind on my average height window to go from fully lowered to fully raised.

You can control the system from SOMA’s own app if you want, but like pretty much every HomeKit accessory, I bury the manufacturer’s app in a folder as soon as it is in my HomeKit home. Adding it to HomeKit is a funny experience. As the SOMA Smart Shades are not actually certified by Apple, the Home app warns you that you are adding an unsupported accessory. It may be bootleg HomeKit, but I cannot say I have experienced any connectivity issues in my many months of testing.

The Smart Shades mostly work great. Indeed, they work perfectly as advertised. There are several downsides when compared to the elegance of actual smart blinds. One big problem is that as the cord is entwined into the box, you lose the ability to open the blind manually. The mechanism requires the cable to be taught, so once you have it fitted, it’s the smart way or the high way.

The other issue is that this system means sticking a white box, about the size of a deck of cards and the thickness of two decks, to the wall just beneath your window. It’s not the prettiest sight. This box also needs to be charged. The internal battery lasts about a month. Charging involves plugging into a headphone jack port on the bottom of the unit. This became too much of a chore for me after, well, one month. I still use the product but I have it permanently plugged in to power now. A monthly charge kills the convenience of the smartness.

As I have my unit nestled behind a desk, the ugliness of the box itself (and the power cord trailing out of it) is mostly hidden away. However, the location of most windows in most rooms will not support such discreet placement.

The SOMA does what it says on the tin, but it might not be a tin that you want to consume. I love mine in my office space, but I struggle to find another place in the house where I’d want it go. Real HomeKit smart blinds are out of my budget. The Smart Shades are cheaper alternative, but still a pricey sum when you add in the cost of the HomeKit hub, and the aesthetic costs of fitting them are high.

Sadly, there’s no perfect answer yet for mass market smart blinds in the current HomeKit ecosystem unless you have a nigh-unlimited wallet.