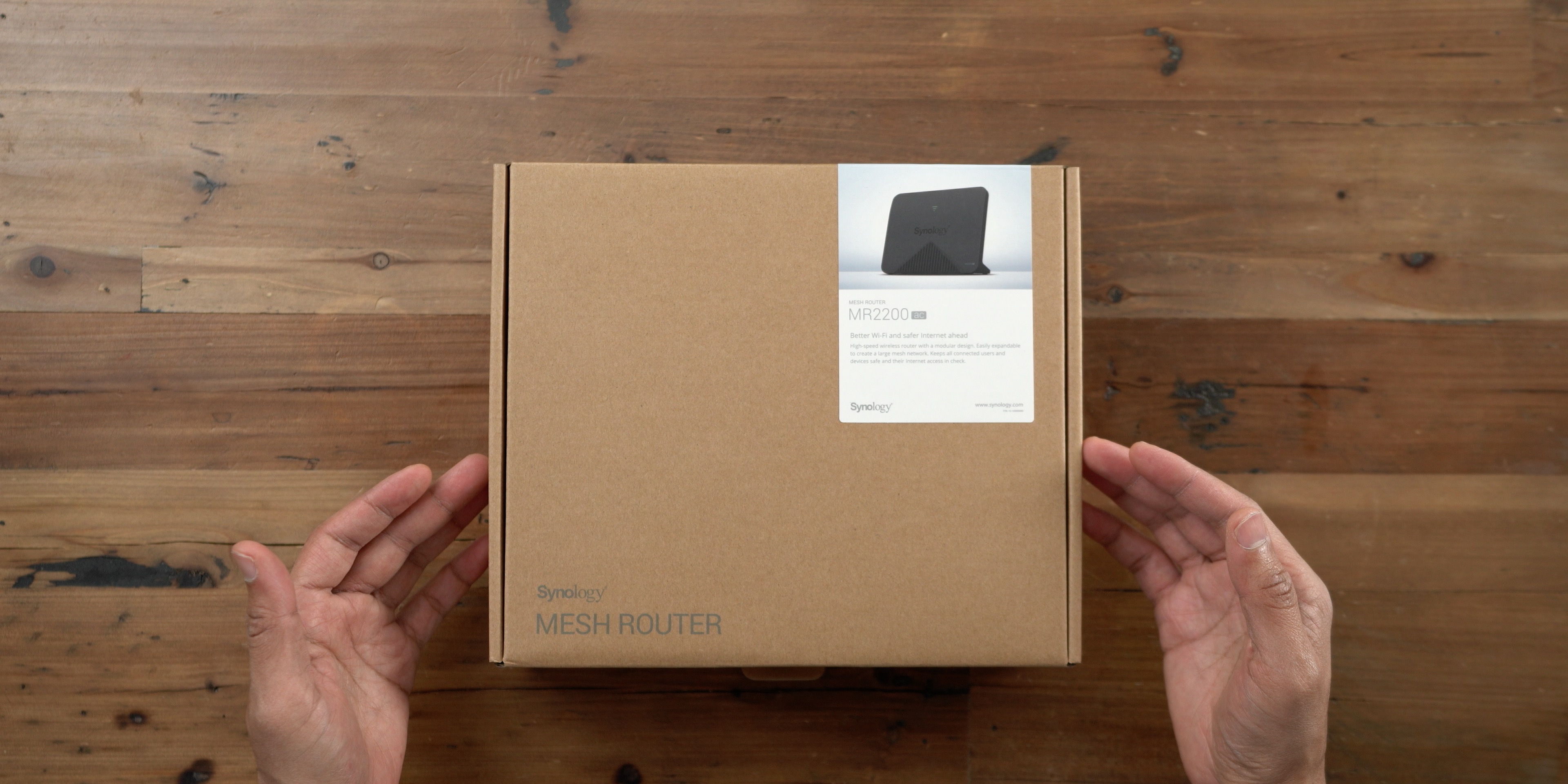 A couple of years ago I replaced my Apple AirPort Extreme router with Synology’s RT2600ac. I made this move partly because of the rumors about Apple exiting the router business — which it eventually did — and partly because I desired a more robust feature set.

This was around the same time that consumer mesh networks were really beginning to gain in popularity, but unfortunately, Synology didn’t offer a mesh networking solution at the time. The good news is that Synology now has a mesh router in its repertoire in the MR2200ac. Watch our hands-on video walkthrough for more details.

Synology’s MR2200ac can be used as a standalone router, but it is clearly designed to work with other Synology routers, including additional MR2200ac devices and especially the RT2600ac. The unit features tri-band Wi-Fi with an extra 5GHz band dedicated to high-bandwidth communication with other routers on the network.

As you can see from our hands-on video walkthrough above, the MR2200ac features a simple and straightforward style that takes some of its design cues from the RT2600ac. On front, you’ll find a status light above the Synology logo, and on the rear, you’ll find a single LAN, WAN, USB, and power port. There’s also a Wi-Fi button, WPS button, reset button, and Power switch located on the bottom area of the router’s rear. 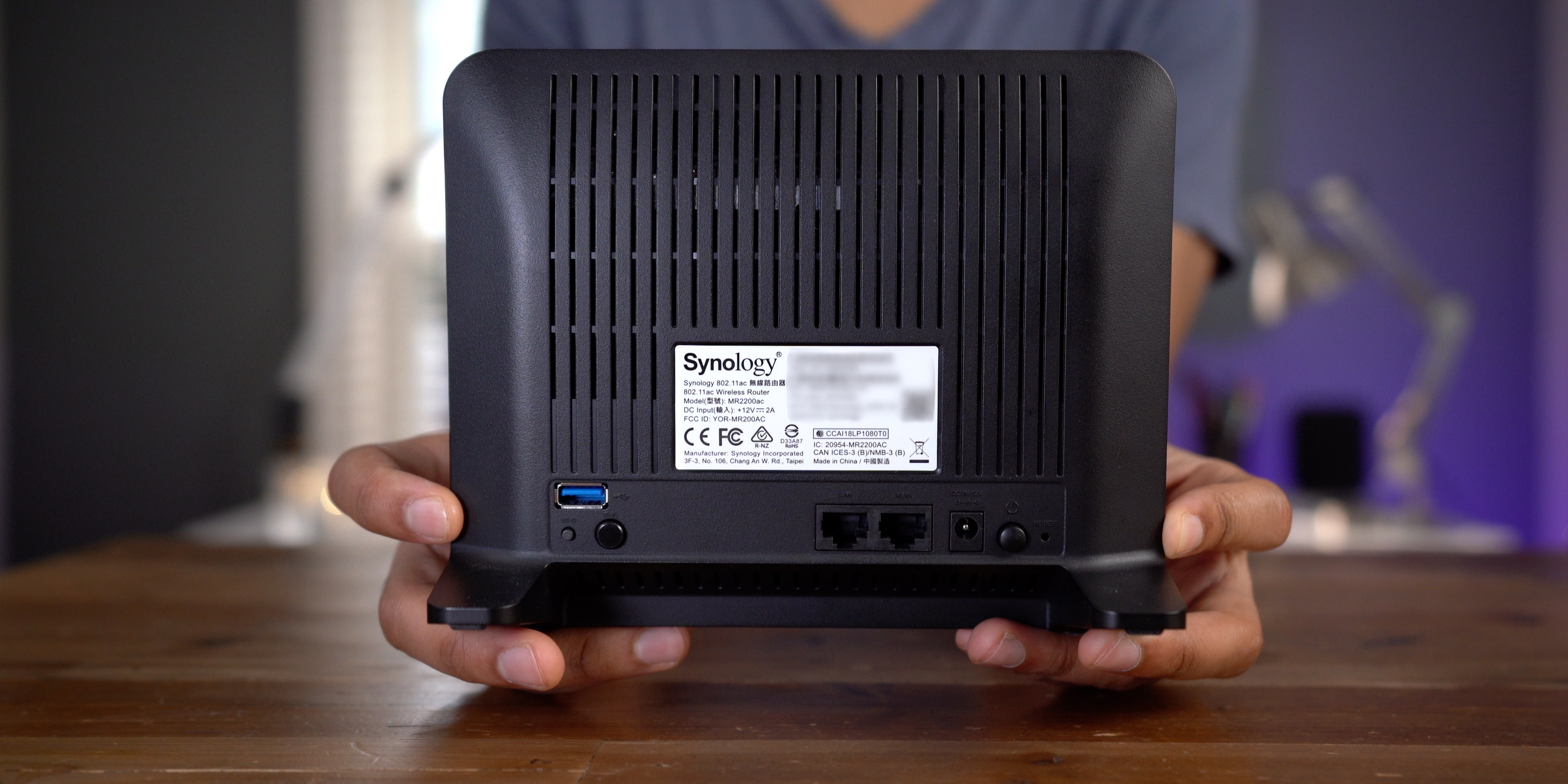 As already noted, users have the option of using the MR2200ac as a standalone router by connecting your ISP to the WAN port. I was surprised by how many features are built into the MR2200ac, many of which are found on the larger and more robust RT2600ac. As long as you have another way to connect to devices requiring a hardwired connection (the MR2200ac only features a single LAN port), then you can easily have this be your primary router.

That said, the unit really shines when it’s set up as a part of a larger mesh network. This explains the MR in the product’s name, which stands for Mesh Router. 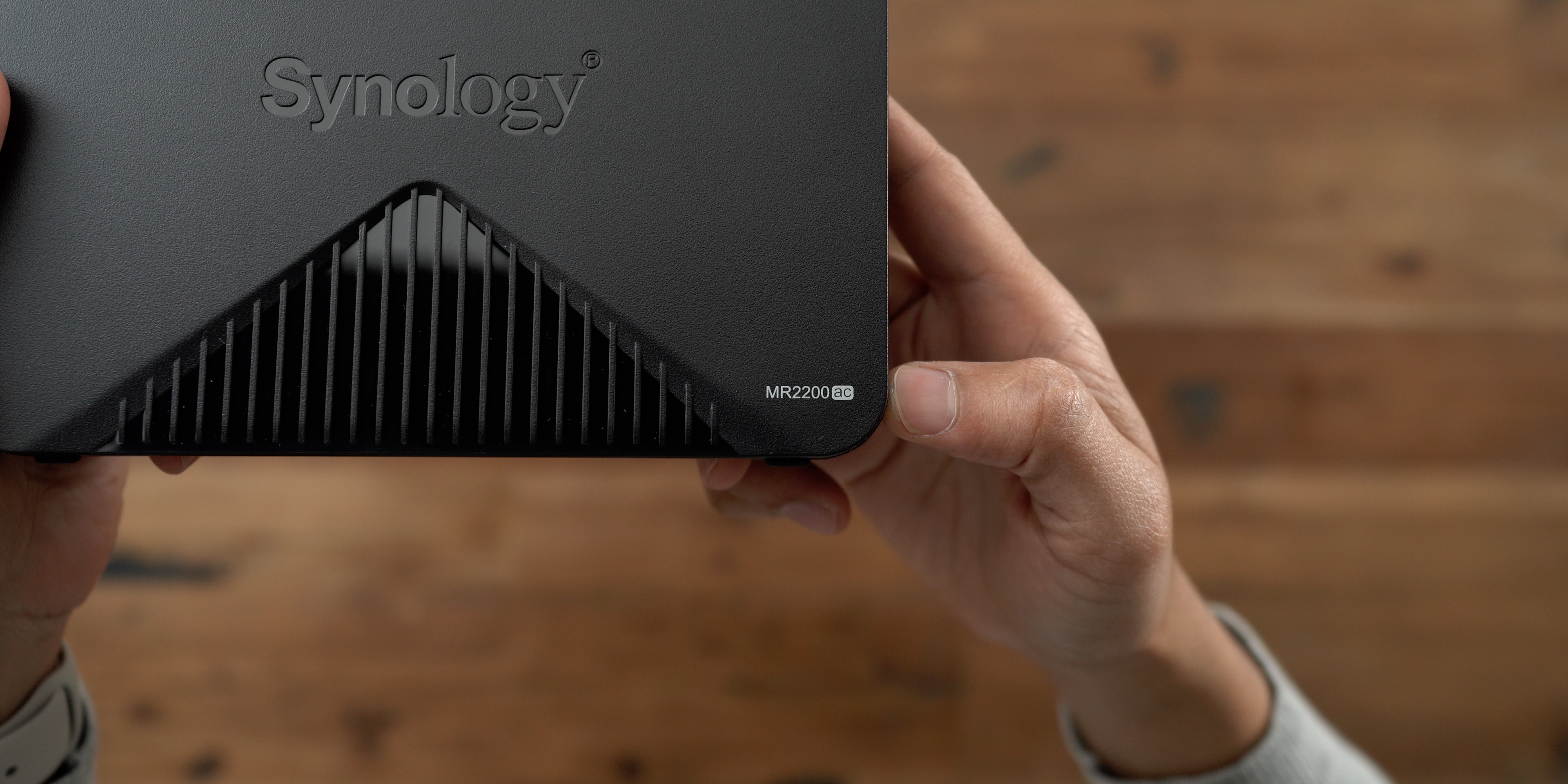 Synology may be primarily known for its NAS hardware, but what makes the Taiwanese company special is its software, particularly the software’s ease of use. Synology NAS boxes run Disk Station Manager (DSM), a simple-to-configure web-based interface that’s deep, yet friendly enough to allow even novice users to set up and manage the hardware. The company’s router hardware is based around the same idea, utilizing a web-based Synology Router Manager (SRM) interface. 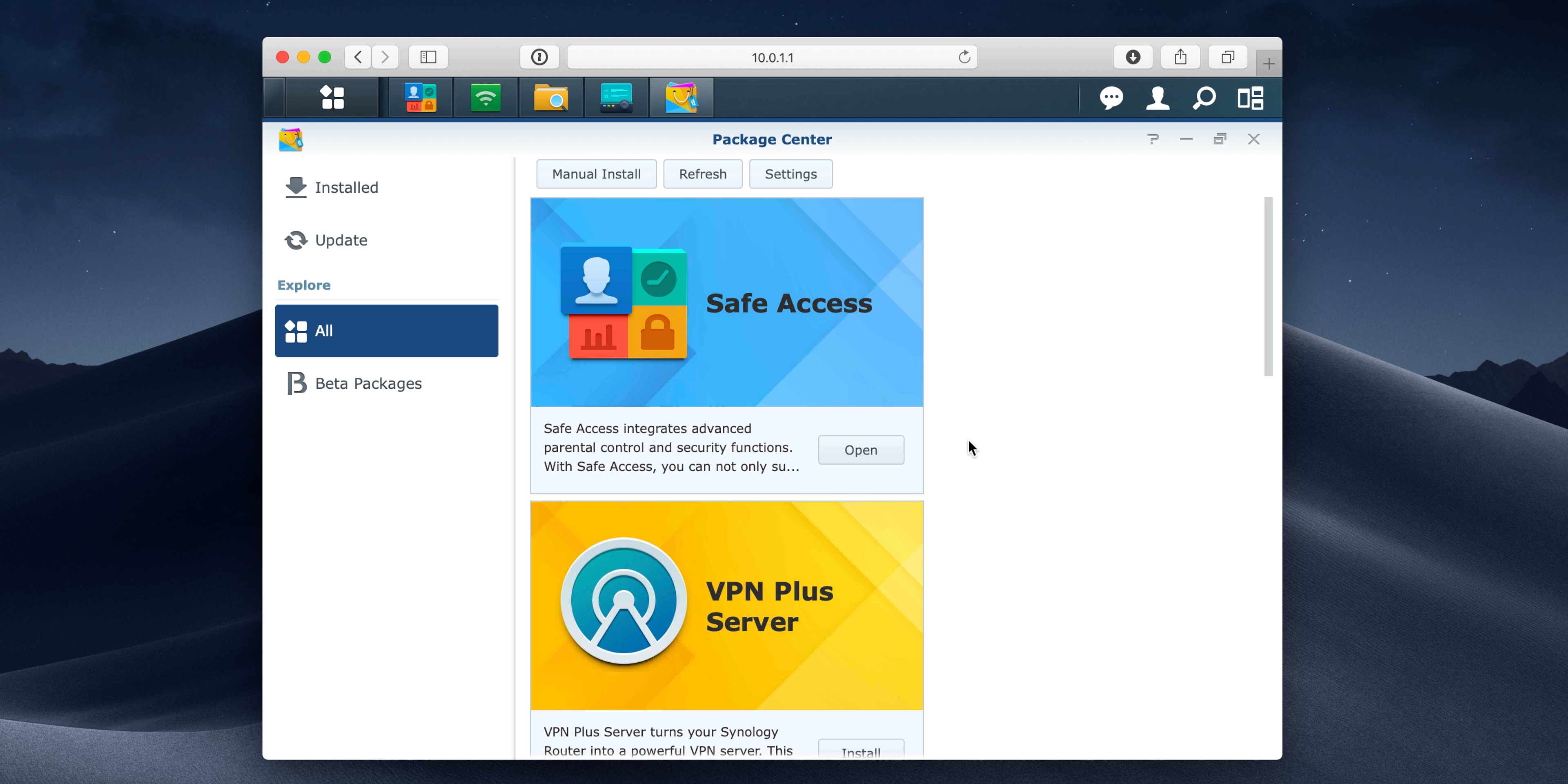 The benefits of SRM are multi-faceted. Not only does it provide you with a friendly interface, but users also have the option of using additional packages that allow you to set up a VPN server, share files, etc. There’s also Safe Access, a built-in application launched around the same time as Synology’s mesh router, that allows admins to set up web filters, network protection, monitor user activity, and more. SafeAccess’ parental control features are particularly handy for families who wish to protect their children from unscrupulous activity.

I’ve used SRM before when configuring the RT2600ac, and the same software is used when setting up the MR2200ac. As with most Synology products, initial setup is dead-simple, especially if you already have another router established on your network. 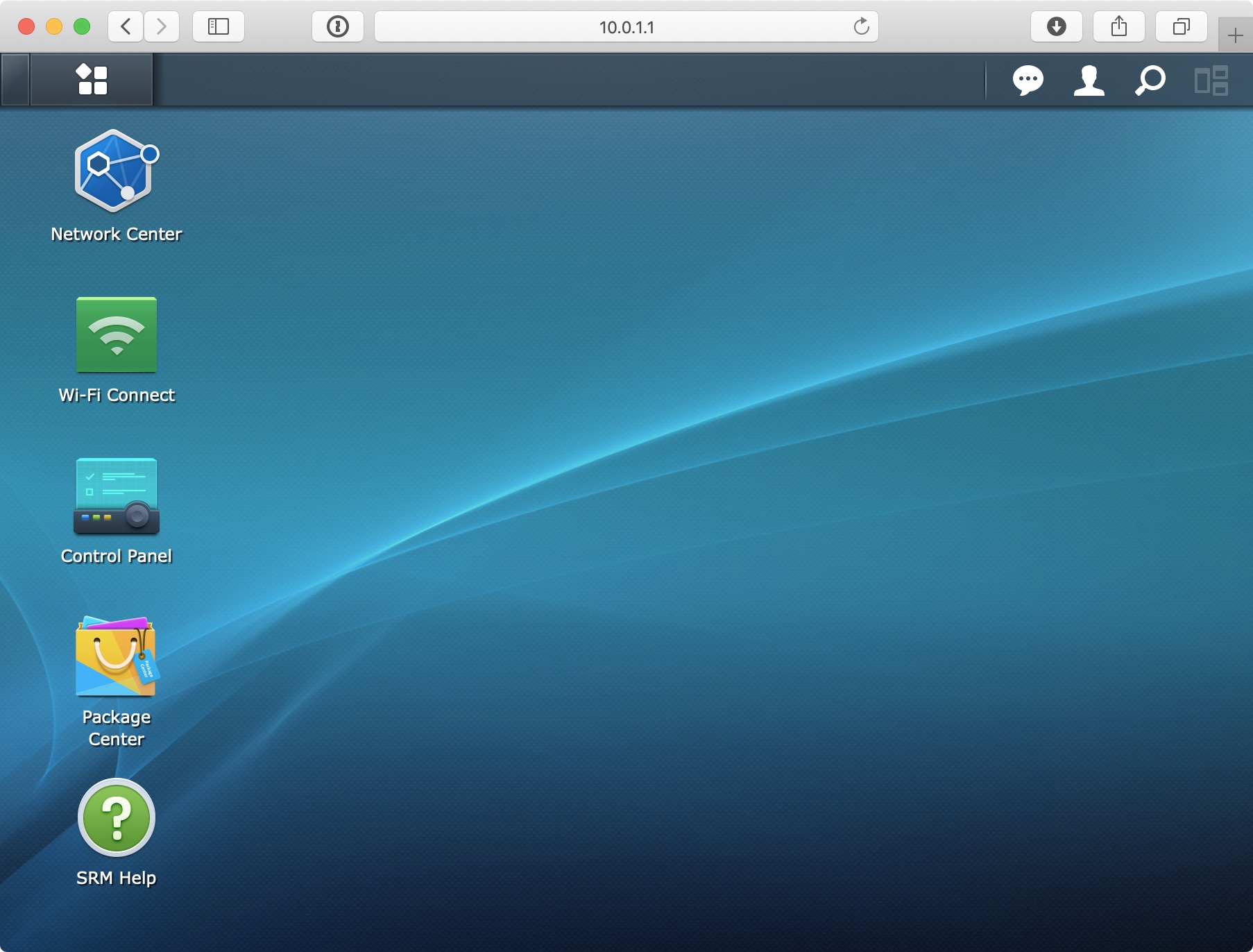 Synology also produces an entire suite of smartphone applications. The company’s DS Router app can also be used to set up and manage the MR2200ac. 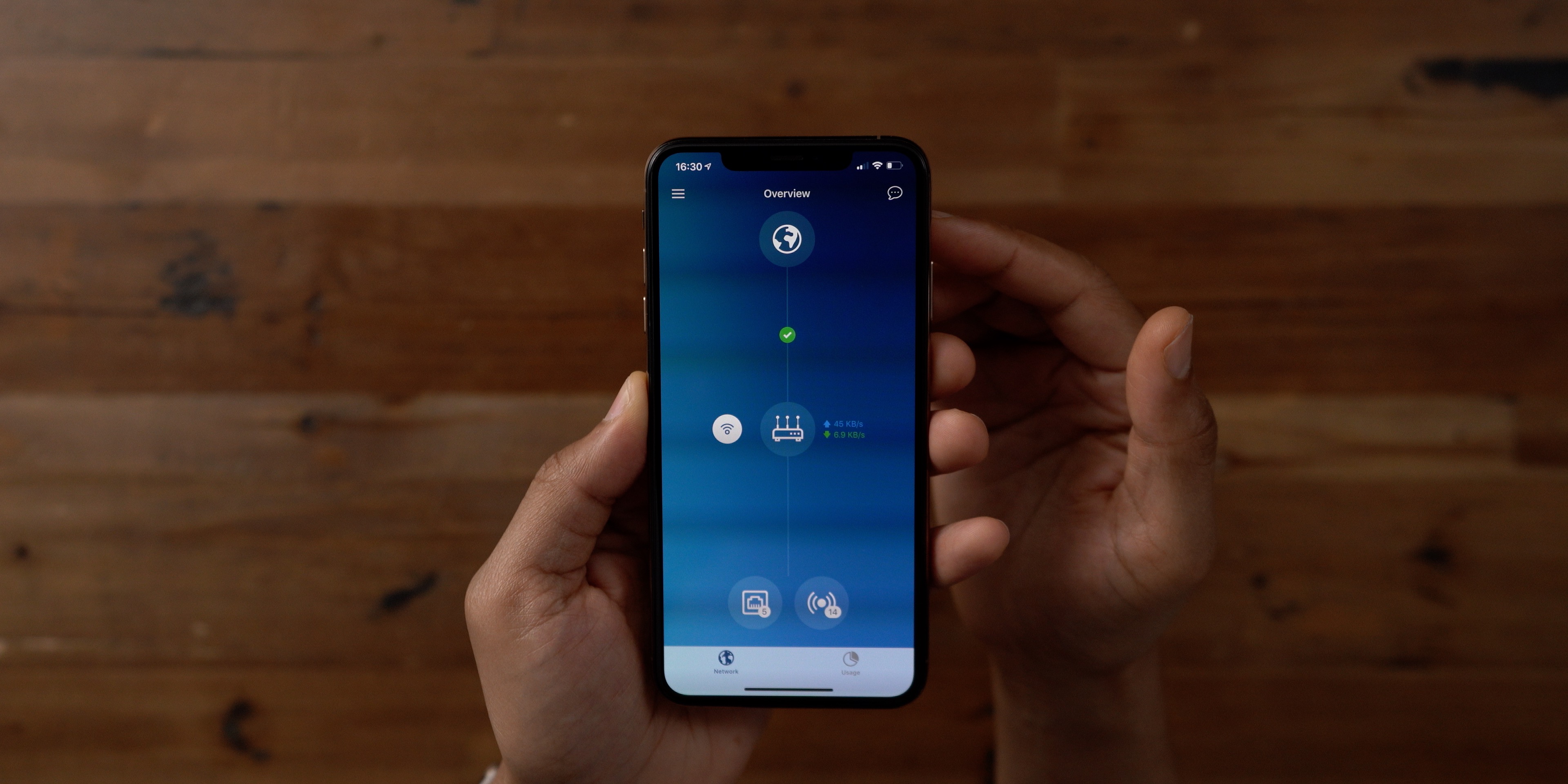 The first step is to find an ideal location to place your router, since it will be acting as an extension to your existing network. Synology notes that users should avoid placing a Wi-Fi point over two rooms or floors away from the primary Wi-Fi point or another Wi-Fi point. It also notes that the MR2200ac should be placed in an open space to help minimize interference. 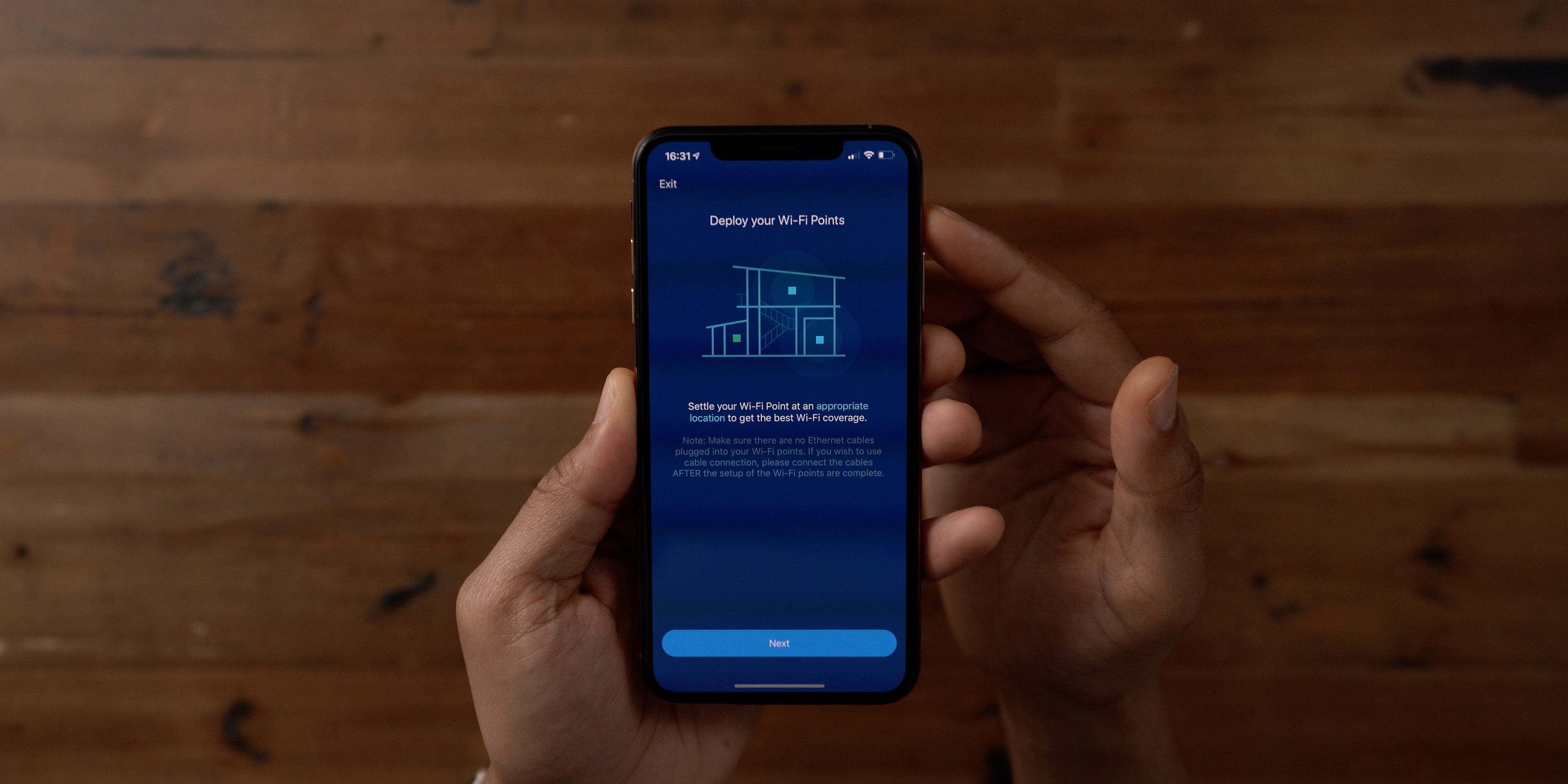 In my testing, I placed the MR2200ac on my desk next in my office, which is about two rooms away from the main RT2600ac. The location is ideal for my setup since it provides me with better Wi-Fi coverage in the back yard area. 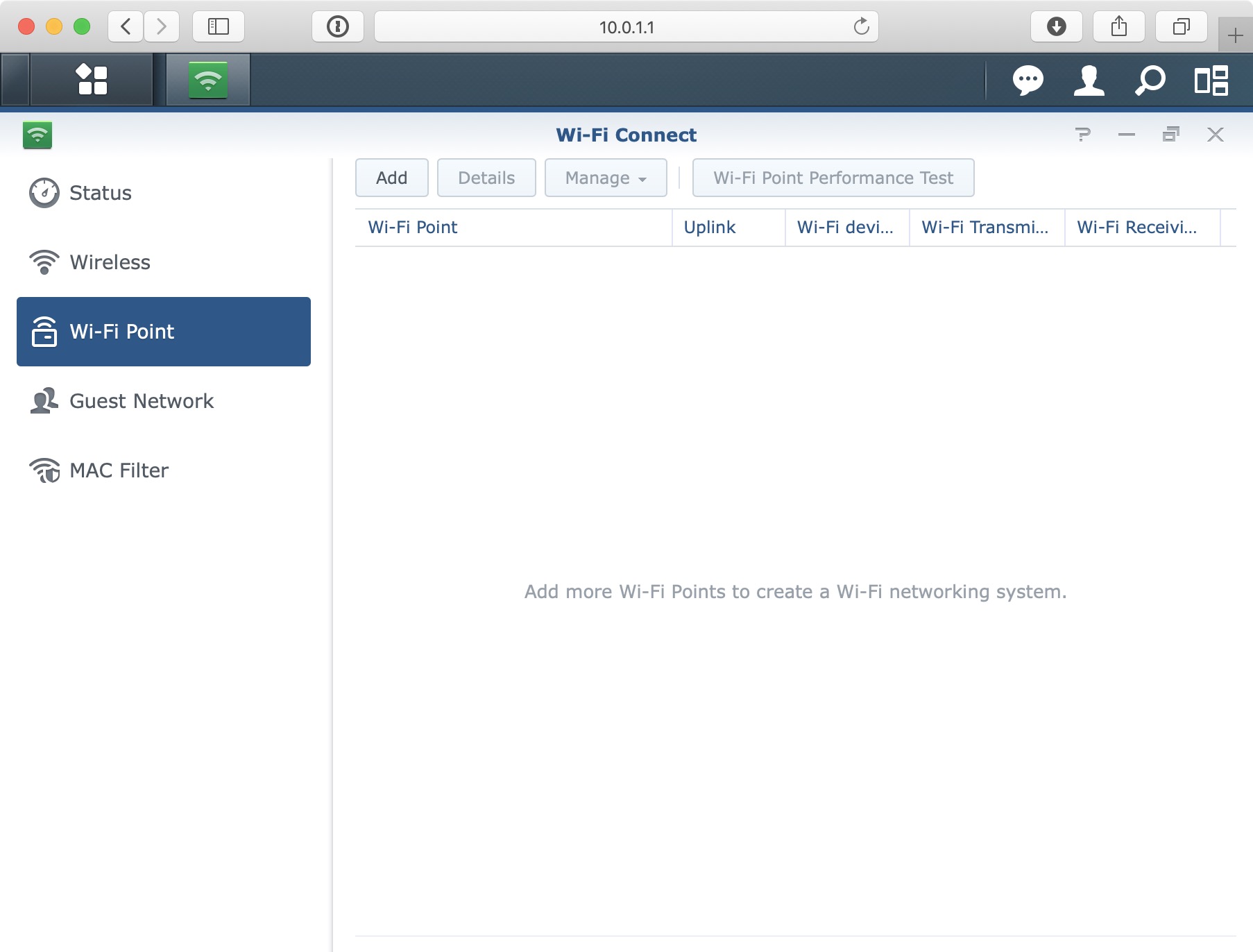 Once you find the ideal spot, power on the MR2200ac and let it boot up. From there it’s just a matter of logging in to SRM or the mobile DS Router app, and adding the new mesh device to your network. Just make sure you’re running the latest version of SRM before doing so. 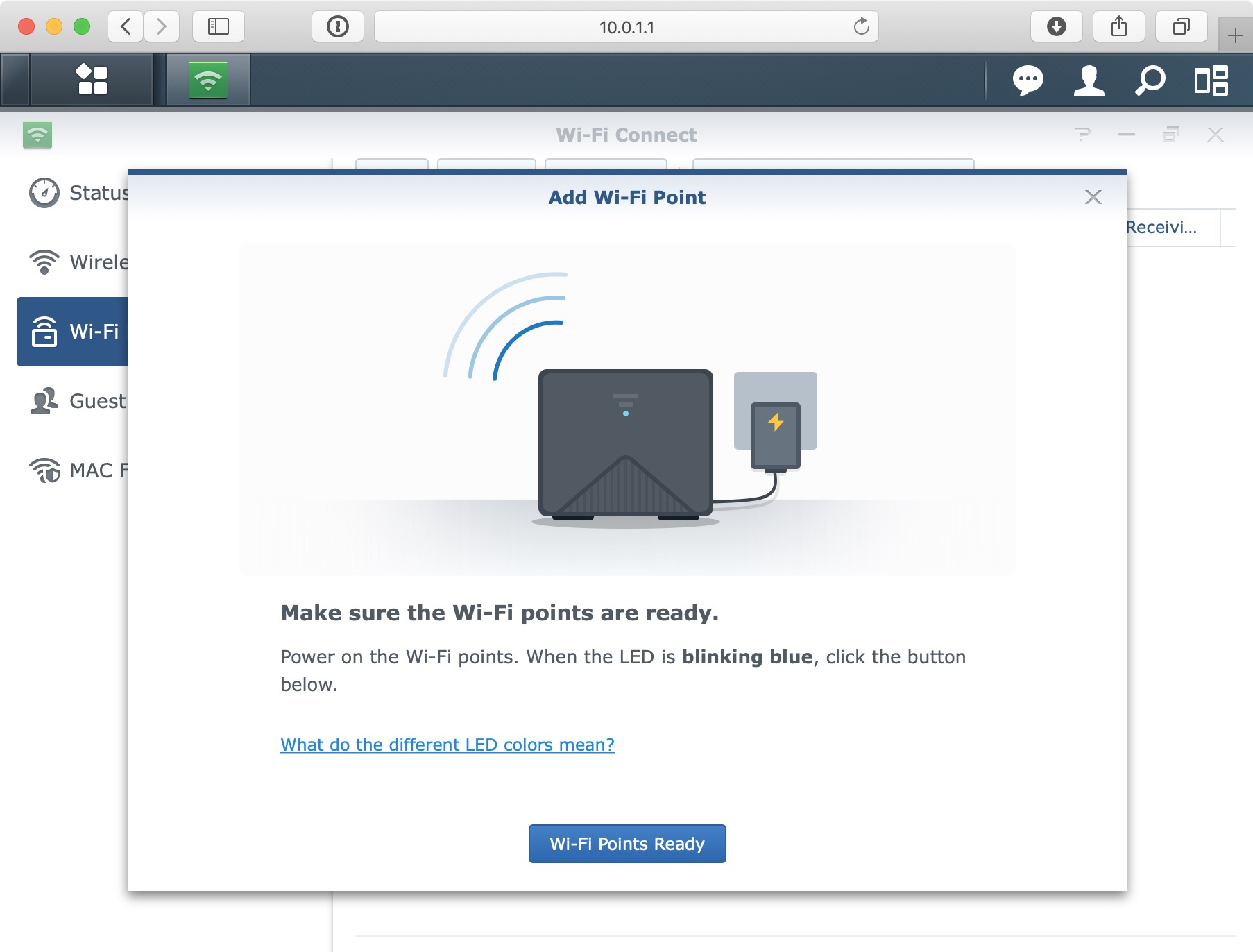 After connecting to power, you should see a solid blue status light appear as the router starts up. Wait until the LED is flashing blue, which takes a few minutes, and click to launch the Wi-Fi Connect module in SRM. 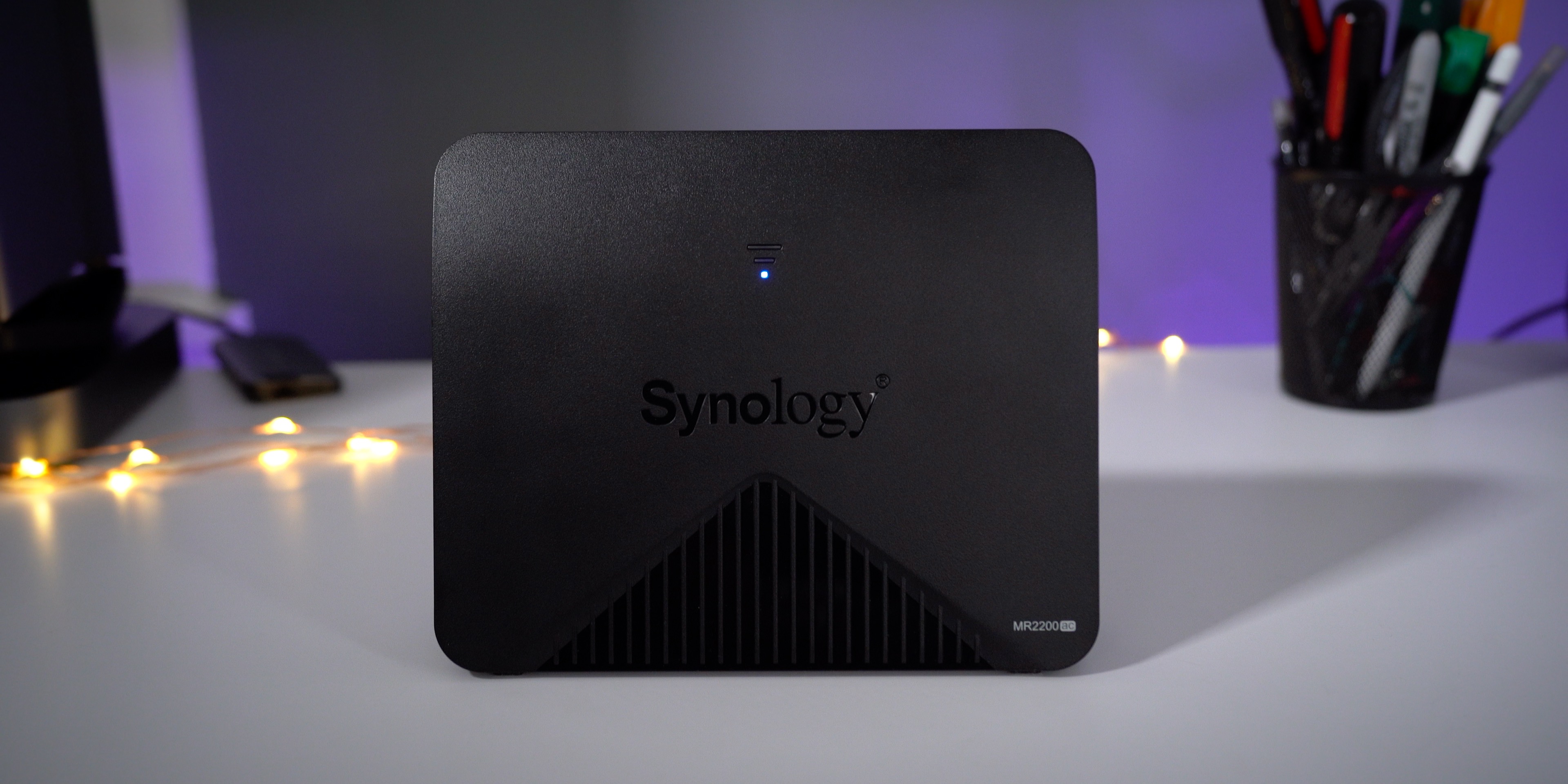 Click the Wi-Fi Point tab → Add → Next → Wi-Fi Points Ready to begin adding the MR2200ac to your network. Adding the Wi-Fi Point will take several minutes, so you’ll need to exercise a bit of patience while the router goes through an update and reboot routine, but it’s completely self-configured. 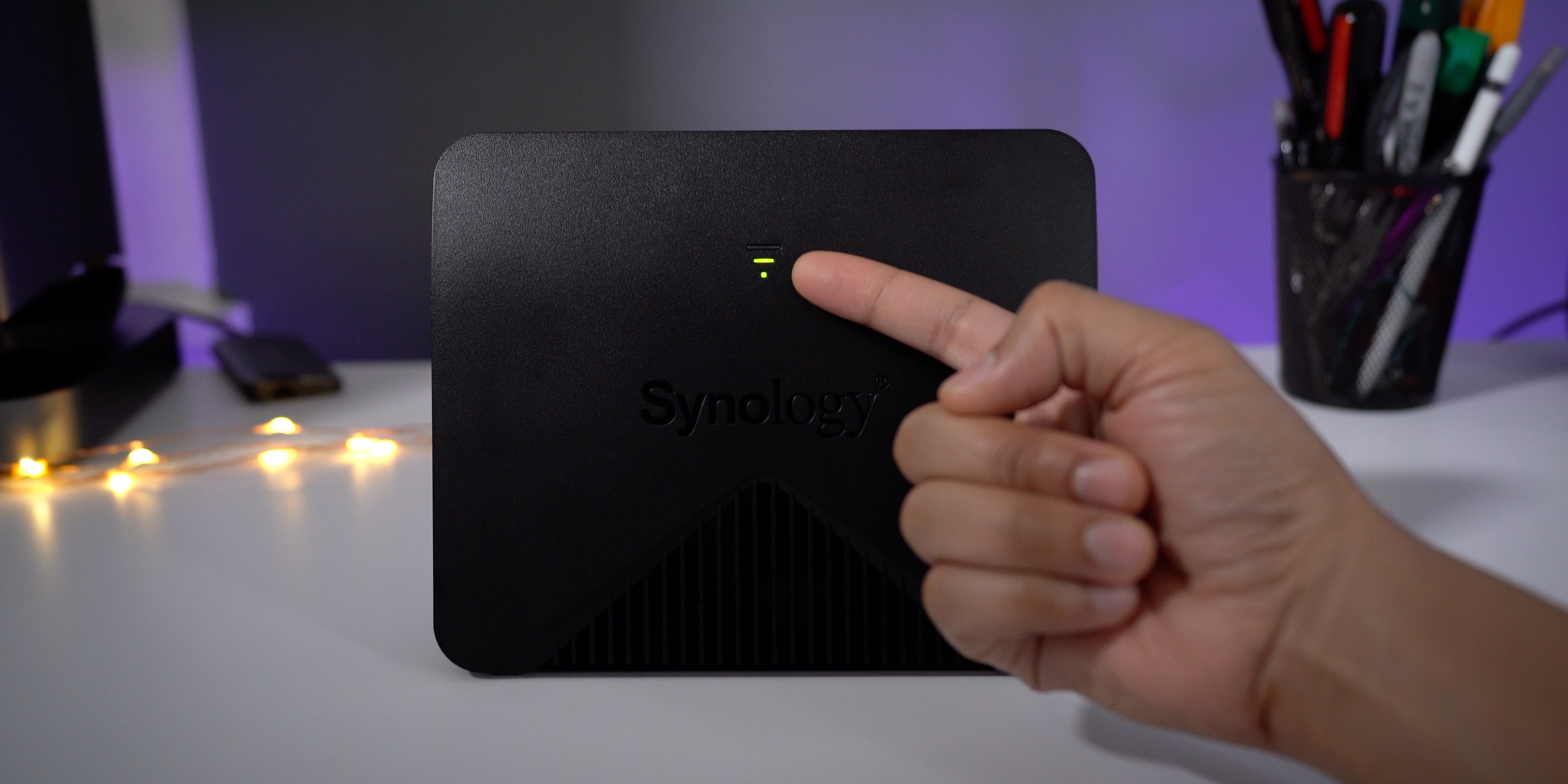 Client devices have the ability to connect at the standard 2.4 or 5GHz range, but this is all negotiated seamlessly behind the scenes. All the end user has to do is connect their client devices to the network’s SSID, and the network handles all of the switching between bands and devices automatically.

Benefits of the Synology MR2200ac

Once the router is added, you’ll see it show up as a mesh router under the Wi-Fi Connect page in SRM. From there, you can double click on the Wi-Fi Point to rename the router, view system and network information, and view all of the Wi-Fi clients currently connected. 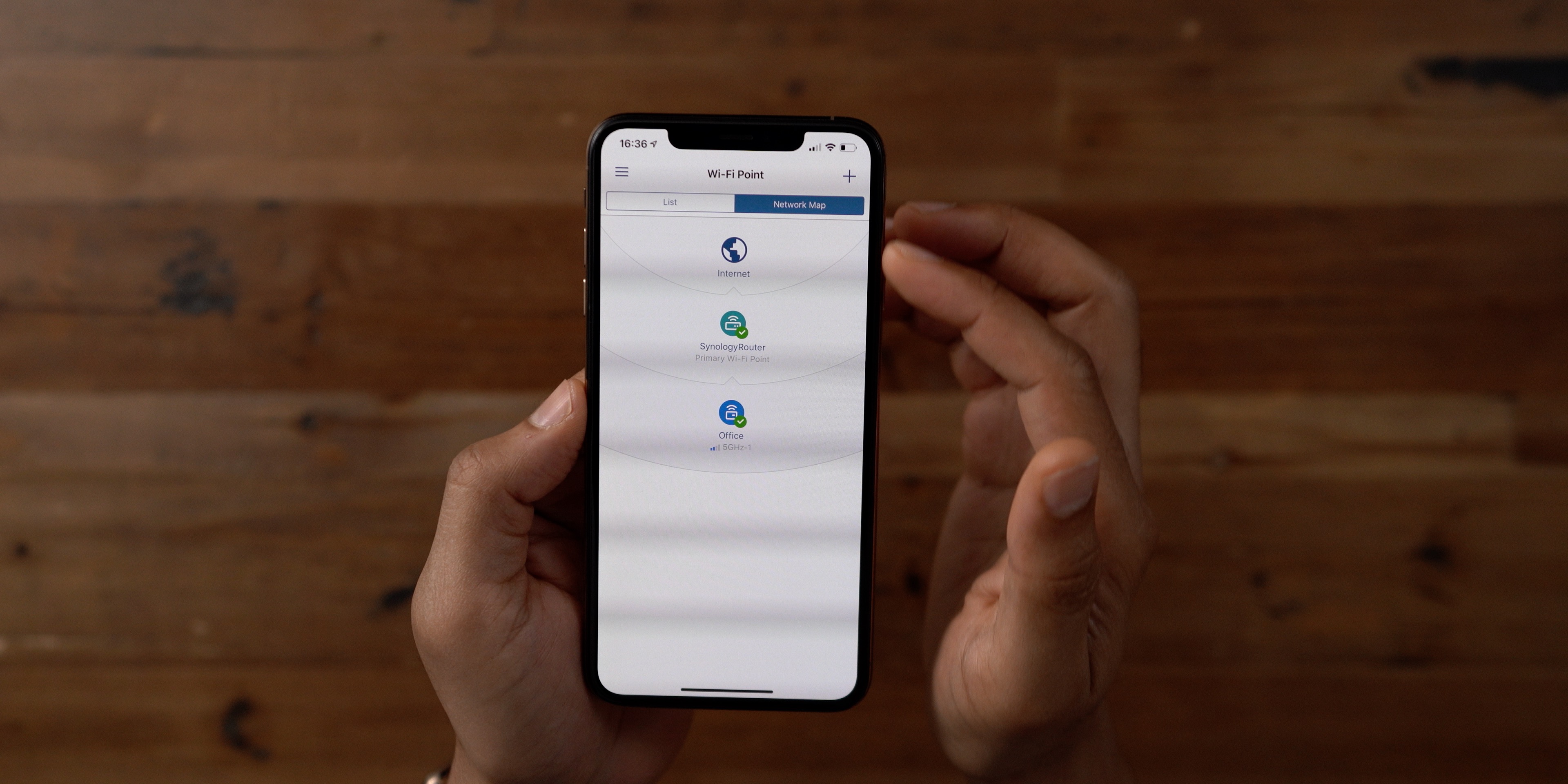 You’ll see the connected Wi-Fi clients automatically move between the routers on your network as needed. For example, when walking towards the front of the house near the RT2600ac, my iPhone XS Max automatically switches from the MR2200ac to its bigger brother without any user intervention. 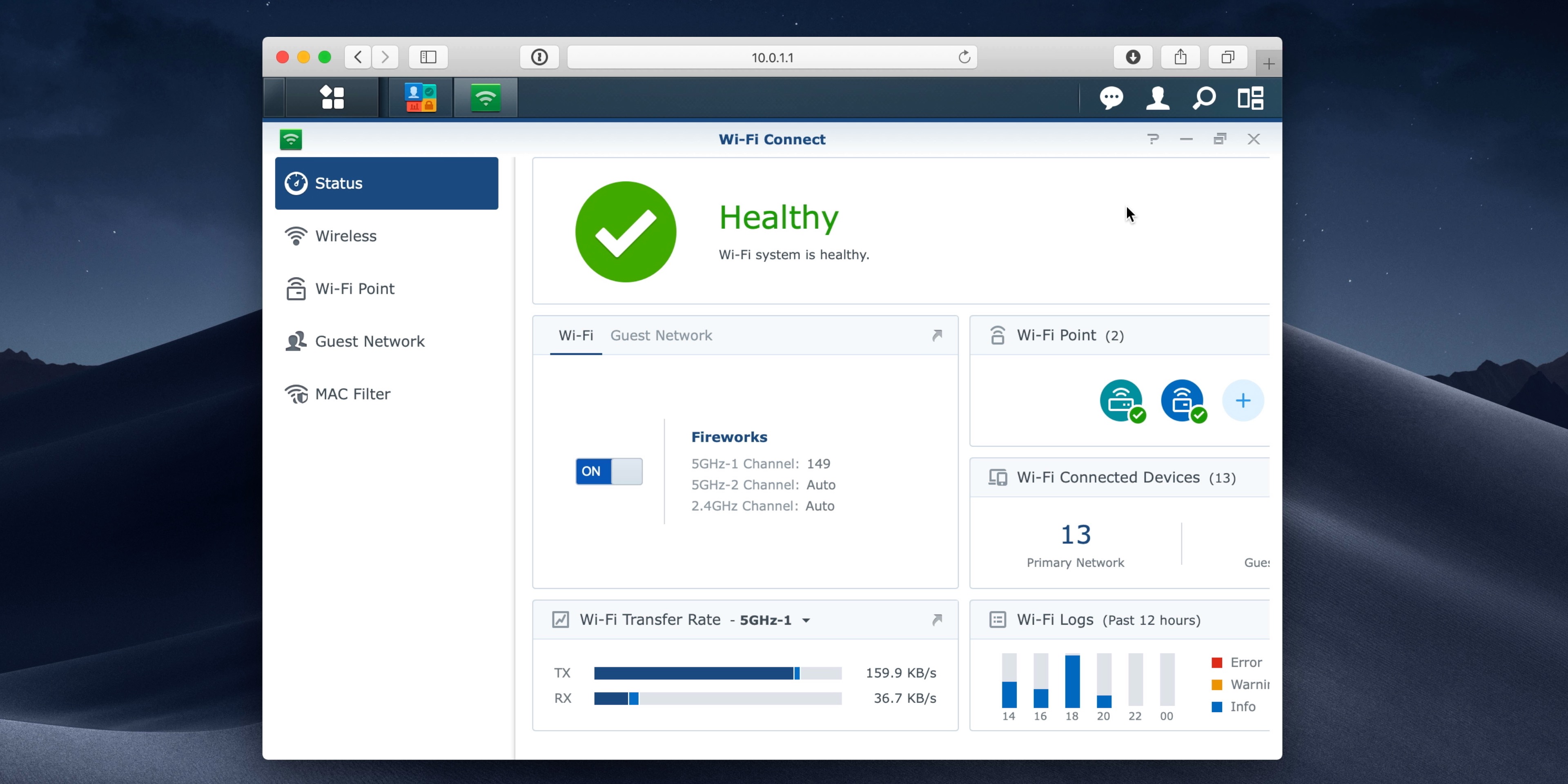 When using the MR2200ac, I noticed immediate benefits to both my network coverage area and the speed of my network transmissions. To test out these benefits, I ran several speed tests with the MR2200ac turned on, and several with it turned off. With the mesh router disabled, this forced my nearby devices to connect to the main RT2600ac, which is two rooms away.

As you can see, the results show faster upload and download performance when using the MR2200ac. The difference isn’t what I would label as massive, but the benefits are enough to make a difference in my day-to-day routine with large file downloads, and especially uploads to YouTube via Wi-Fi. 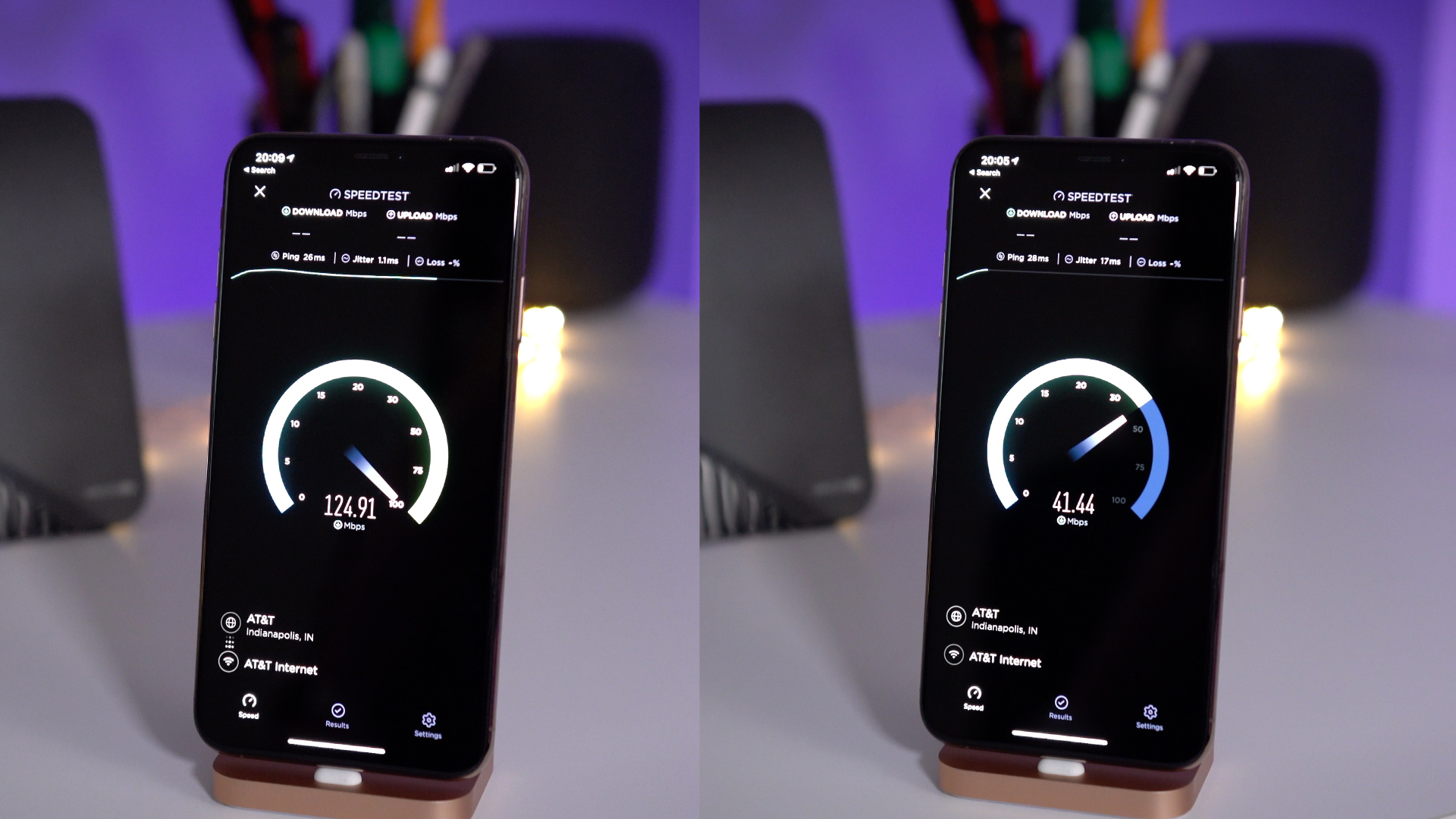 Not only that, but I also gain much better connectivity to Wi-Fi while sitting in the garden, something I wasn’t able to always do before. Previously, my network connection would stutter or outright disconnect when out there, but the connection drastically improved with the MR2200ac online near the back of my house.

But the most impressive thing about the MR2200ac is how transparent the mesh network is, and how easy it is to set up and break down. Not only is the initial configuration super-simple, but removing the MR2200ac is just as simple, and your network will seamlessly handle the change. 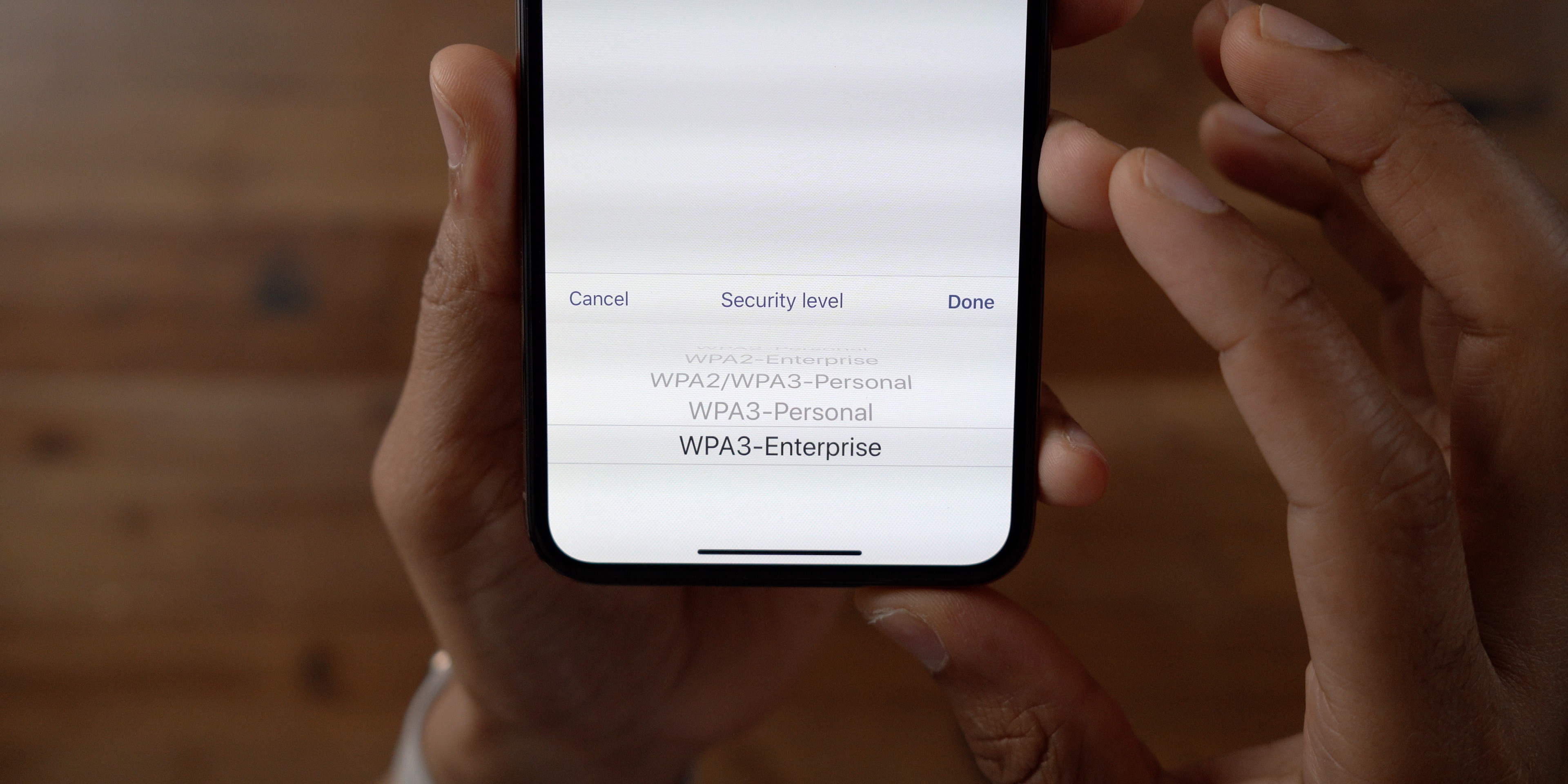 Synology routers also support the WPA3 wireless security protocol, which was announced not long after the infamous KRACK vulnerability compromised WPA2. It’ll be a while before WPA3 proliferates like previous versions of the protocol, but its early availability demonstrates how the company prioritizes staying up to date.

If you’re already using the Synology RT2600ac as I am, then it only makes sense to think about expanding your network footprint with one or more MR2200ac routers. These devices are simple to use, easy to maintain, and do a great job of improving your home’s network performance and reach. 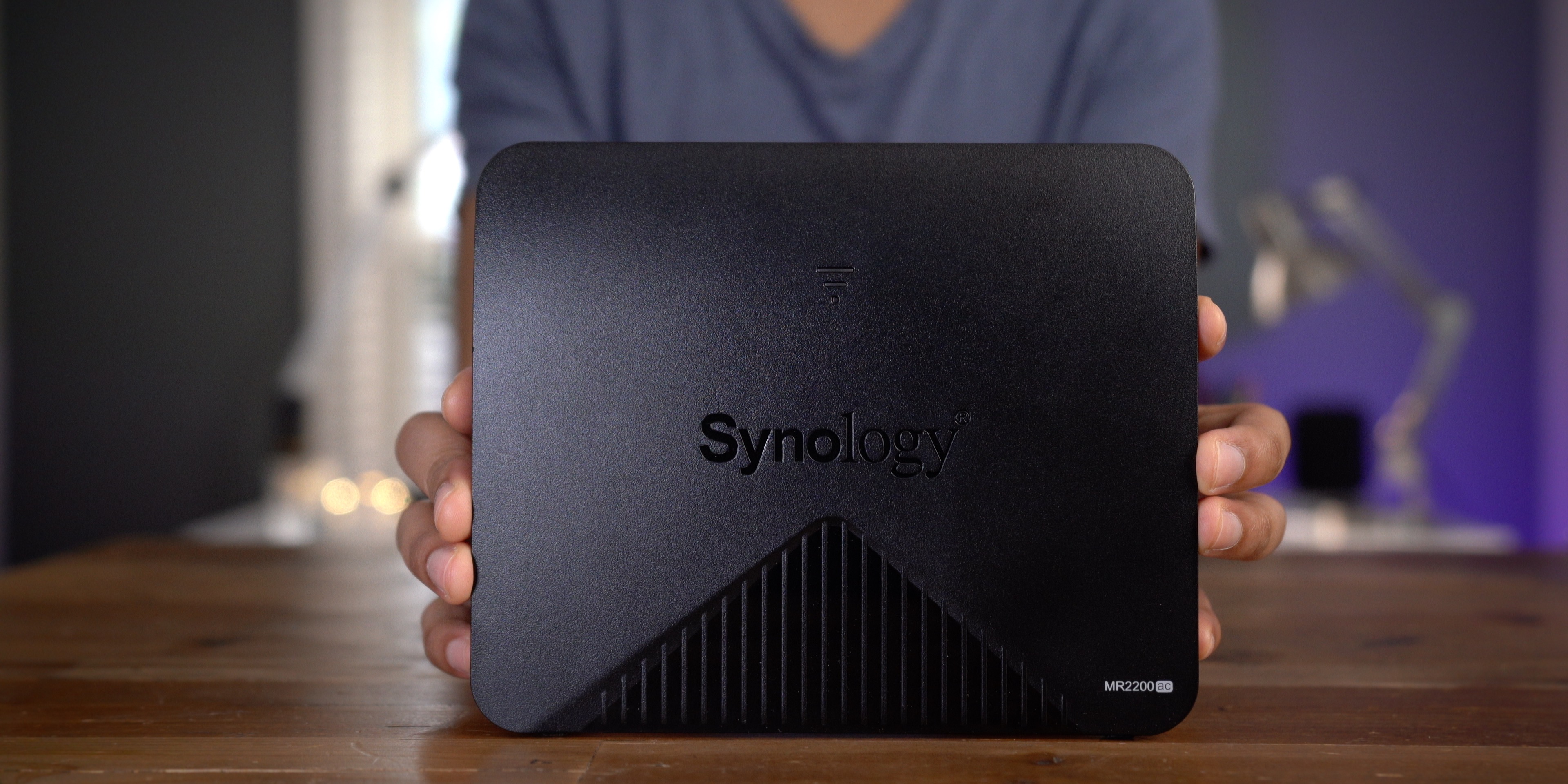 Although the MR2200ac can be used on its own, adopting much of the same software features as its big brother, the router lacks the number of the LAN ports, wireless bandwidth, and power-user features of the RT2600ac. If I was setting up a home network, I’d start with the RT2600ac, and build out from there with additional mesh points.

It’s unfortunate that Apple decided to leave the Wi-Fi market, and it arguably picked the absolute worst time to do so given the rise of smart speakers and home automation. Although it doesn’t provide the same level of Apple-like seamlessness as the AirPort lineup, the RT2600ac and by extension the MR2200ac are better products than those in Apple’s now-defunct AirPort lineup.

There was a point in time when I was worried about switching from my AirPort Extreme, but Synology has proven to me over the years that it’s serious about prioritizing important factors like security — critical fixes have been released quickly — and stability. That, coupled with its ease-of-use and deep set of features made the switch a no-brainer in the end.

Are you still using an AirPort Extreme? If so, have you considered upgrading your router now that Apple has exited the router business? Feel free to share your thoughts down below in the comments section.

iOS 14 to include builtin translator in Safari, full Apple Pencil...

How to bulk delete Facebook posts and see everything shared